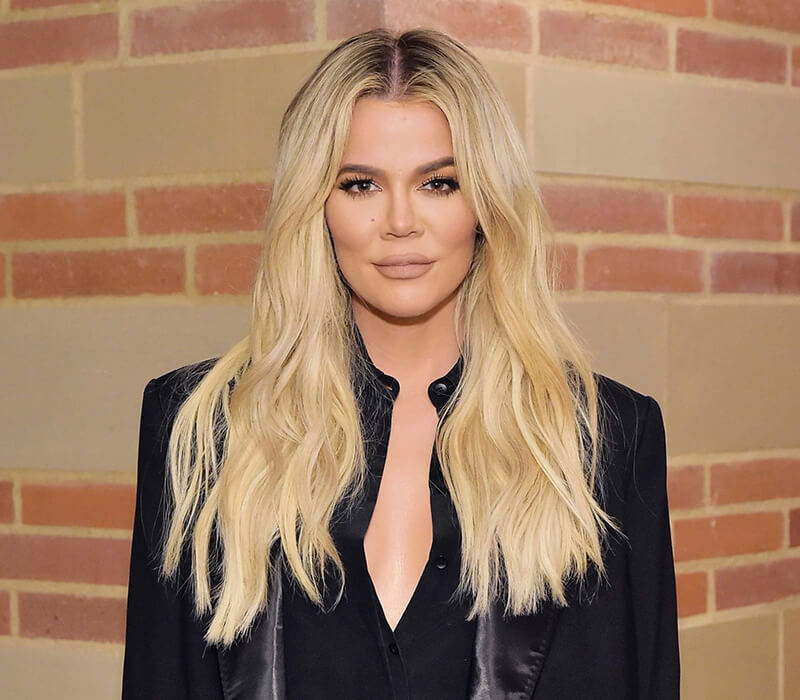 Who is Khloé Kardashian?

Khloé Alexandra Kardashian was born on June 27th, 1984. She is a social media person, TV star and model. Khloé, with the rest of the Kardashian clan, starred in the TV reality show “Keeping Up with the Kardashians.” The immediate success of this show caused multiple spin-offs to be created. “Kourtney and Khloé Take The Hamptons” (2014–2015) and “Kourtney and Khloé Take Miami” (2009–2013).

Another spin-off with Khloé was created with her husband. Lamar Odom is an NBA player, and they have been married from September 2009 to October 2016. “Khloé and Lamar” (2011–2012) is another spin-off of “Keeping Up with the Kardashians”, which takes a closer look at this married couple.

Khloé Kardashian participated in The Celebrity Apprentice and got eliminated 10th out of 16 candidates by being fired by Donald Trump. She also co-hosted the second season of US X-Factor with actor Mario Lopez.

Outside of being a celebrity and TV star, Khloé is also a businesswoman. She is involved in several fragrances and clothing collections with her sisters Kourtney and Kim. These three launched their book “Kardashian Konfidential” in 2010 and starred in their short show Dash Dolls in 2015.

Her mother married that same year to the 1976 Summer Olympics decathlon winner Bruce Jenner who now goes by the name Caitlyn Jenner after coming out as a transgender woman, but they divorced in 2015. Khloé has two stepsisters from Kris’s second marriage, Kendall and Kylie Jenner. Bruce Jenner had four children before marrying Kris Kardashian. Burt, Cassandra “Casey”, Brandon, and Brody. That means Khloé Kardashian has 9 siblings and step-siblings in total.

The career of Khloé Kardashian

Before “Keeping Up with the Kardashians” launched, a minor scandal foreshadowed the show’s theme. I don’t want to say that the theme of this show is pornography, more like scandals themed.

A sex tape “Kim Kardashian, Superstar” was leaked in February 2007. Khloé’s sister Kim and her then-boyfriend Ray J shot this tape in 2003. They suited the company producing this tape and settled for $5 million and allowed the company to produce the video. This little stunt definitely helped her upcoming show to gain some hype before it even started. When “Keeping Up with the Kardashians” came out, it starred the whole Kardashian clan. Khloé’s mother, Kris Jenner, her stepfather Bruce Jenner, who now go by the name Caitlyn Jenner after going through a transition. Not forgetting Khloé’s siblings Kourtney, Rob and Kim Kardashian, and her half-sisters Kylie and Kendall Jenner. This series aired on E! and has become very popular. As a result, E! contracted Kardashians to create spin-offs of this show. Khloé stares in “Khloé in Lamar”, “Kourtney and Khloé Take The Hamptons” and “Kourtney and Khloé Take Miami.”

Even though Khloé was a TV star, she didn’t feel like it. She received many negative comments focused on her body. Khloé herself stated, “I didn’t really realize that I was the “fat sister” until the show aired and the media started saying that about me. I knew I didn’t look like my sisters and I didn’t have their shapes. I didn’t know that was wrong”. Over the years, Khloé got in better shape, and the public often says she looks unrecognizable. Khloé denied undergoing surgeries and claims that she lost most fat in her face when she got slimmer. She also credits her make-up artists for doing an excellent job.

Kourtney and Khloé got contracted to launch D-A-S-H in Miami, Florida. The series “Kourtney and Khloé Take Miami” revolved around this event and was launched on August 16th, 2009. On May 29th, 2009, Khloé Kardashian joined Miami Top 40 Mainstream outlet WHYI.

Khloé Kardashian participated in The Celebrity Apprentice and ended up being fired 6th by Donald Trump. It was reported that Khloé got fired because she got arrested for a DUI

The controversy of Khloé Kardashian

Khloé Kardashian was arrested for driving under the influence on March 4th, 2007. After violating her probation, she was sentenced to up to 30 days in jail and three weeks of an alcohol treatment program. Khloé didn’t even spend 3 hours in prison and got released thanks to overcrowding.

Khloé got sued in December 2011 by a woman who claimed that Khloé, with 10 other people, assaulted her outside a nightclub in December 2009.

Kim, Khloé and Kourtney were named in a $5 million lawsuit in March 2012. This lawsuit criticized the false and deceptive advertising of the diet aid product. The Kardashian sisters weren’t the only ones sued for this. Along with Windmill Health Products, the manufacturer of QuickTrim, a weight-loss supplement.

The love life of Khloé Kardashian

The media started tracking Khloé’s love life in 2008 when she began dating basketball player Rashad McCants. This couple broke up in late January 2009 after seven months.

Khloé met Lamar Odom, a professional basketball player for the Los Angeles Lakers, at the Meta World Peace party on July 27th, 2009. It looks like Khloé has a natural thing for basketball players because they married precisely one month after meeting each other. Khloé Alexandra Kardashian removed her middle name, took her husband’s name and became Khloé Kardashian Odom. Months foreshadowed the events of December 13th, 2013, when the public speculated that this couple lives separately. Khloé filed the divorce papers, and both parties finally signed them in July 2015. This divorce didn’t receive final approval from the judge when Lamar Odom was found unconscious in a Nevada brothel. Lamar was in a coma for four days. Khloé withdrew the divorce so she could make medical decisions on Lamar’s behalf. Lamar’s and Khloé’s divorce was finally over in December 2016.

While living separately during her marriage with Lamar, Khloé dated rapper French Montana from January to December 2014. She met another basketball player James Harden at brother-in-law Kanye West’s Staples Center birthday party in 2015. James and Khloé dated for eight months between the years 2015 and 2016.

Khloé Kardashian started dating once again a basketball player. Tristan Thompson and Khloé Kardashian have been together since 2016. Khloé gave birth to their daughter True Thompson on April 12th, 2018. There was some controversy about Tristan cheating on Khloé during her pregnancy, which later in February 2019 confirmed. It was revealed that Tristan cheated on Khloé with her younger half-sister Kylie Jenner and Kylie’s then best friend, Jordyn Woods. COVID-19 quarantine brought Khloé and Tristan together in August 2020 when they lived in the same house during quarantine. They broke up for the second time in June 2021.

How much does Khloé Kardashian earn? Net worth!

Khloé Kardashian is a businesswoman, model, television star and social media person whose net worth is estimated at $50 million. Therefore, her income comes from the family reality TV show “Keeping Up with the Kardashians.” Thanks to this show, her popularity rose and brought her multiple lucrative deals. With a highly subscribed Instagram account, Khloé is able to cash in some deals by endorsing various products. For example, beauty products, Coca-Cola, waist-slimming pants. As of 2021, Khloé charges more than $200,000 per Instagram, Facebook or Twitter post.

Khloé suffered a brain injury during a car accident in 2001. She went through a windshield which caused concussion and memory loss. Since sixth grade, Khloé has suffered from migraines. Later, when Khloé became an adult, she became a spokesperson for Nurtec ODT. Khloé claims that this migraine pharmaceutical company helped her to control her condition.

During the pandemic wave, Khloé Kardashian shared that she tested positive for COVID-19 on October 28th, 2020. This Instagram post said, “I suffer from migraines, but this was the craziest headache.”