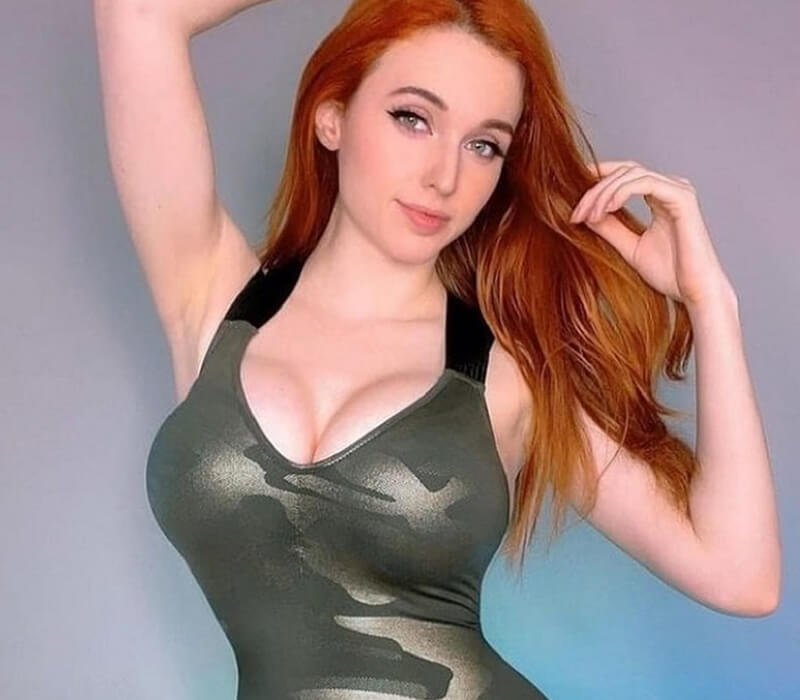 Amouranth is a social media personality, Twitch streamer, cosplayer and glamour model whose real name is Kaitlyn Michelle Siragusa. On top of that, Amouranth is also active on YouTube, Twitter, TikTok and Onlyfans. She is best known for her ASMR Twitch streams.

Amouranth was born on 2nd December 1993 in Houston, Texas. As a child, Amouranth played many video games and watched anime. This later inspired her passion for cosplays and streaming. Her aunt taught her how to sew. After that, Amouranth made her very first cosplay of Princess Zelda and won a costume contest at the local Houston convention.

In 2010, Amouranth took Fashion Design and Theatrical Costume Design in college and was recommended by her professor to the Houston Grand Opera and Houston Ballet as a costume designer.

On 8th October 2021, Amouranth was banned from Twitch for the fifth time, alongside Instagram and TikTok.

In November 2021, Siragusa announced on her Twitter that she had bought a gas station and is currently renting it to Circle K.

In January 2022, she announced that she had also bought an inflatable pool toy company.