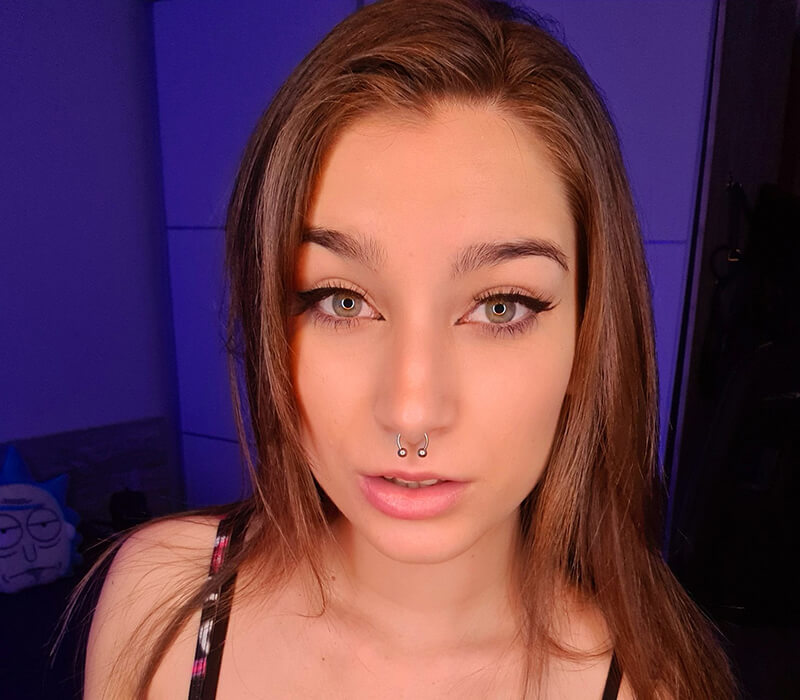 Akumagirrl is a Spanish Twitch streamer, Instagram model, Asmrtist, YouTuber, TikToker and internet celebrity. Her streams are in Spanish. She is primarily known for her live ASMR streams on Twitch. Akumagirrl rose to popularity thanks to her gorgeous looks and amazing personality. She currently lives in Spain.

Akumagirrl announces her streams on Twitter. She also posts photos from her life and sometimes even NSFW pictures. In addition, Akumagirrl advertises her latest YouTube videos and adult site accounts. Akumagirrl streams nearly every day on Twitch. She streams nearly every day on Twitch and primarily performs ASMR and Just Chatting content where she interacts with her chat. Also, like every highly popular ASMR streamer, Akumagirrl uses ear-shaped microphones to make her relaxing ASMR on Twitch more realistic. When she needs a break, Akumagirrl plays games such as League of Legends and OSU! on stream.

Akumagirrl posts high-quality modelling photos and clips from her everyday life on her Instagram account. Sometimes she even shares pictures where she cosplays popular characters such as Hinata Hyuga or simply just fantasy characters. Akumagirrl has her own YouTube channel where she posts different triggers and roleplay ASMR videos exclusive to this platform. In addition, Akumagirrl is highly active on TikTok, where she participates in the latest dancing trends, often including tight clothes. You can also find her ASMR performances on Spotify. Akumagirrl has adult site accounts on OnlyFans and Patreon, where you can see exclusive photos and videos for a monthly subscription fee. She offers a free alternative on her second OnlyFans account, where you can get a sneak peek of her paid content.