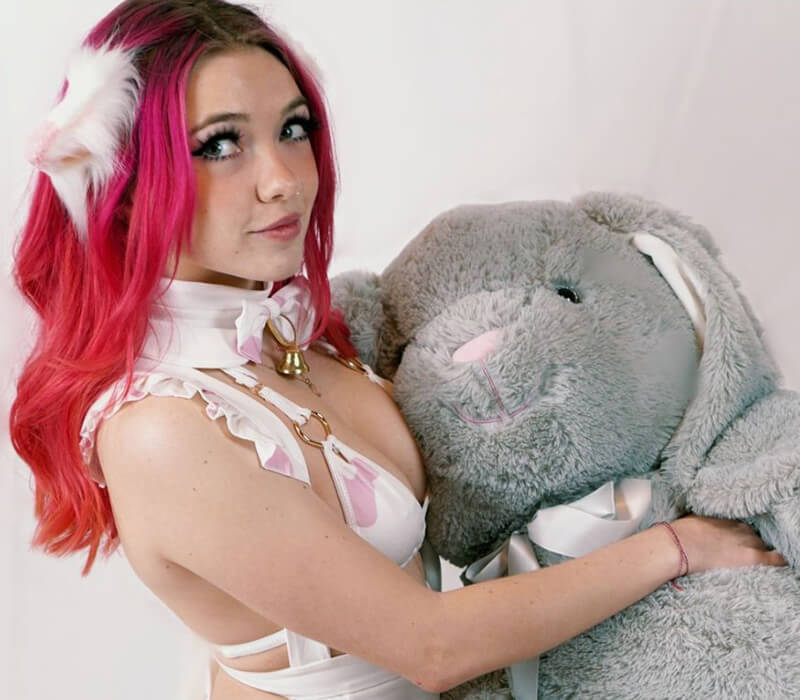 Its_bunnii is an American Twitch streamer, TikToker, YouTuber, Instagram model and internet personality. She is primarily known for her live ASMR streams on Twitch. Its_bunnii quickly rose to popularity thanks to her cute looks and entertaining personality. After that, she continued growing her popularity for her captivating images and videos. Her real name is Kenna, but she prefers to be called Bunnii. Its_bunnii currently lives in Colorado, United States.

Its_bunnii streams nearly every day on Twitch and primarily performs ASMR, Food and Drink, and Just Chatting content where she interacts with her chat. However, she regularly takes days off on Thursdays and Sundays. She is an amateur baker and often does baking streams. You can expect ASMR, Chats, Theme nights, Cosplay, and Gaming on her Twitch streams. Its_bunnii uses ear-shaped microphones and has no problem performing ear-licks on her stream. She is a gamer and regularly performs gaming content on her Twitch. Its_bunnii plays popular video games such as World of Warcraft, Grand Theft Auto V and Dead by Daylight.

Its_bunnii has an Instagram account where she posts pictures from her everyday life and regularly cosplays the latest video game characters or simply just fantasy characters. She posts various ASMR videos on her YouTube channel. You can find a wide variety of triggers, from whispers to ear licks. Its_bunnii has two TikTok accounts. The first one is for ASMR and funny moments from her Twitch streams. The second one is for more personal stuff, moments from her life and the latest TikTok trends. You can support Its_bunnii on her FanSly account for exclusive photos and videos for a monthly subscription fee.