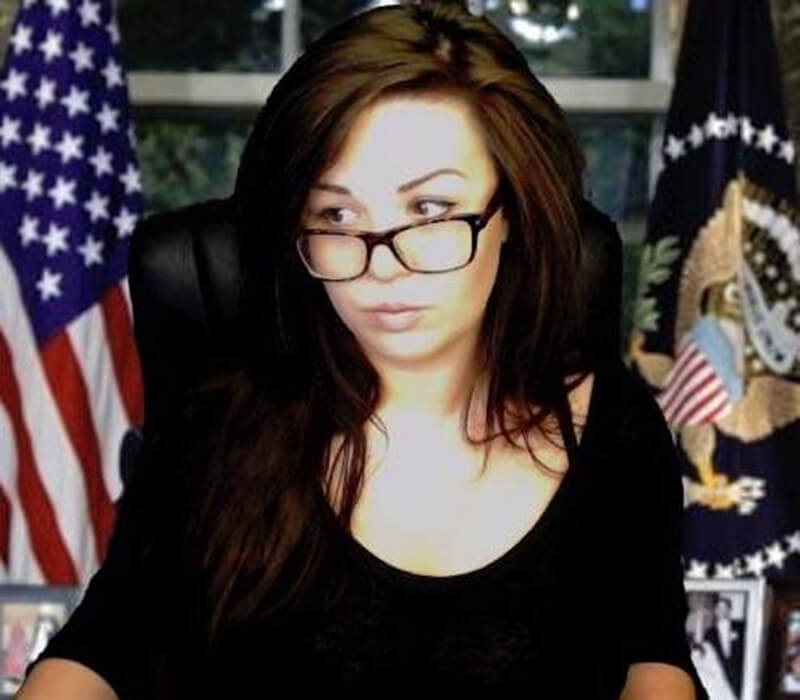 Kaceytron is an American gamer, Twitch lifestyle streamer and social media personality whose real name is Kacey. Kacey was born on 19th December 1990 in Kansas City, Missouri, the United States. She had a difficult time when she grew up. Her mother was a drug addict and didn’t really help raise Kacey’s younger brother with autism. Kacey grew up with her grandmother, where she spent most of the time playing video games.

Kaceytron first became popular on the streaming platform Twitch as a satiric character who over-acts as a stereotypical hyper-sexualized female Twitch streamer. She often trolled people and provoked them into making nasty comments. She will pretend to be a professional League of Legends and World of Warcraft player while crashing the games intentionally and playing poorly.

After becoming more popular on Twitch, Kaceytron started fighting back against harassment and sexism in the gaming industry more actively. In 2019, Kaceytron hosted a #SlutStreamDay to raise awareness about the matter. This movement was about encouraging women into wearing whatever they find comfortable and not worry about being slut-shamed or harassed. Kaceytron herself has been the victim of online harassment and hatred as well.

In 2020, Kaceytron appeared on the famous “Love or Host” show. After being asked if she would kiss a person with COVID-19, Kaceytron responded that she would spread coronavirus if she could because “the world would be a better place without old and poor people.” This was obviously meant in a joking manner, but many people didn’t receive the joke well. Especially when the situation around COVID-19 was so tense.

She later tweeted that the comments were a “poor reflection” on her character. “I don’t condone hatred towards any person, and it was a poor reflection of my character. I’m just trying to take this all in right now. I ask that my audience please remain calm and rational,” she tweeted in a statement.

After 10 days, the “indefinite” ban on Kaceytron was lifted.