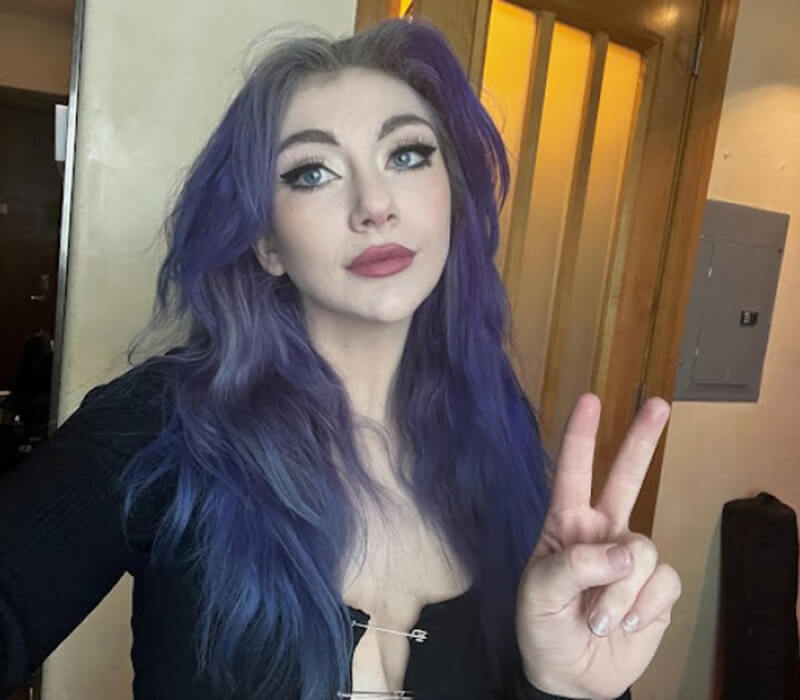 JustaMinx is an Irish YouTuber, Twitch streamer, and social media personality whose real name is Rebecca “Becca”. Rebecca was born on 3rd November 1996 in Ireland.

JustaMinx is known for her frequent appearances on The Austin Show’s Love or Host (formerly The Rajjchelor). Minx has participated in multiple episodes of the show, with fellow Twitch stars JschlattLIVE, GeorgeNotFound, CallMeCarson, Sapnap and more.

In late 2020, JustaMinx announced that she would be starting a YouTube channel where she works with other “Love or Host” participants, Kaceytron and QTCinderella. The trio makes a variety of Storytime or Challenge videos. In addition, they have their own podcast titled “Egirl Rejects Podcast”.

As of 2022, JustaMinx streams mostly Just Chatting content and VR chat. However, she recently also branched out into ASMR and Hot Tub streams.