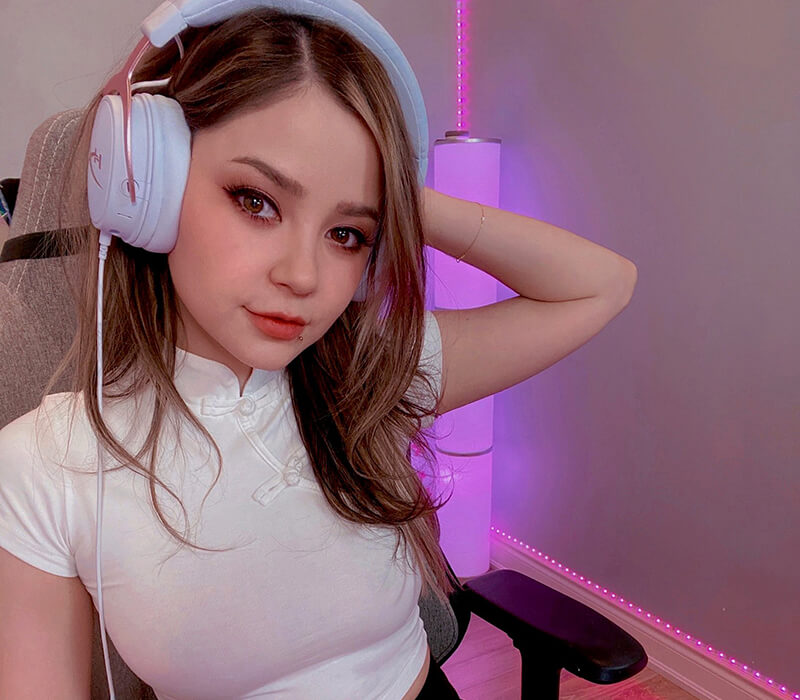 Lilchiipmunk is a Canadian Twitch streamer, social media star and Instagram personality whose real name is Caroline. She never actually revealed her last name, and it remains unknown.

Caroline was born on 28th November 1993, in Canada. She also mentioned that she speaks Hebrew fluently and is half Romanian and half Vietnamese.

Lilchiipmunk mainly plays the game “League of Legends”. However, this is not why she became famous on Twitch. Lilchiipmunk mostly gained fame due to controversy for her clothing options and her dances while on stream. She quickly took advantage of this fact, and over the months, viewers started to notice her wearing more revealing clothing, such as shorter skirts or clothes that revealed a little more skin. She gained a lot of donations from these and soon started dancing for her viewers on stream.

Lilchiipmunk is in a relationship with fellow streamer Jaryd Russell Lazar, more known as Summit1G. He plays various games on stream but is mainly known for his FPS skills. According to her, she has been very passionate about games her entire life and calls herself an undercover nerd.

In 2022, Summit1G and Lilchiipmunk played together a popular co-op game, “It Takes Two”.

Lilchiipmunk is highly active on different social media platforms. She has an account on Instagram where she posts a lot of personal photos, mostly selfies, alongside her friends and Summit1G from time to time. Aside from Instagram, she also has a Twitter account, using the platform to promote her streams while posting some of her day to day thoughts on the site.