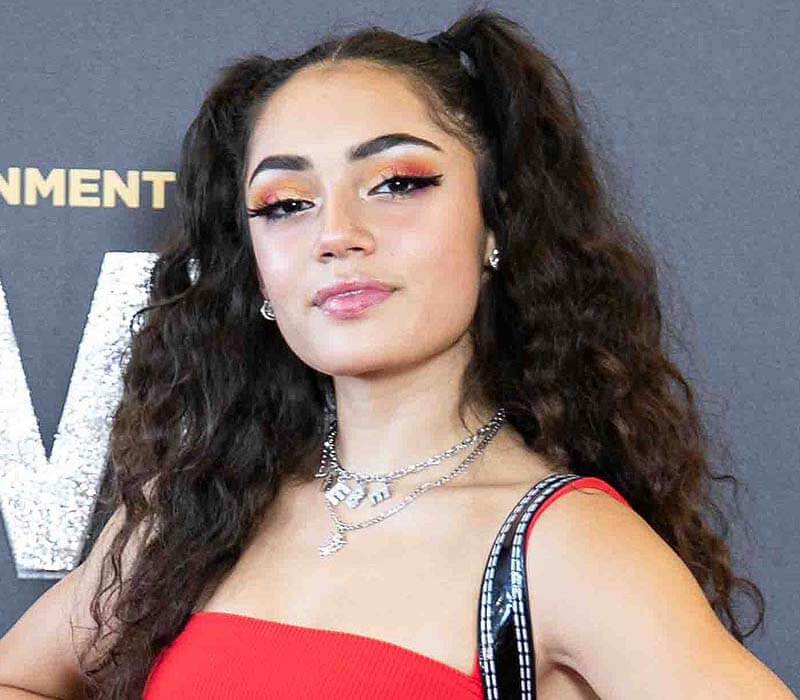 Who is Avani Gregg?

Avani Ruby Gregg is an American make-up artist, actress and social media personality. Her most successful social media is TikTok, where she even got nicknamed “Clown Girl “. She got this nickname thanks to a challenge #ClownCheck that got her millions of fans overnight.

Avani is also a former gymnast and part of the Hype House TikTok group.

In 2020, Avani appeared in the Brat TV web series. She starred as Gemma in another web series, Chicken Girls.

Avani was born and raised on 23rd November 2002 in Brownsburg, Indiana. Avani’s mother, Anisha Gregg, is of Indian-Mongolian descent, while her father, Lewis Gregg, is African. She has two sisters, Shanti and Priya Gregg. There is not much known about Priya, but Shanti is also a social media influencer.

She completed her initial schooling at the Brownsburg High School, Indiana. She has joined the InterActive Academy Inc, Indiana, for Gymnastics training.

Before Avani became a massive hit on social media, she was a level 9 competitive gymnast training for level 10. She suffered a massive back injury and was forced to drop her gymnastic career. Luckily she invested her energy into something new and gained incredible social media reach.

In April 2020, Avani confirmed she is in a relationship with fellow social media personality Anthony Reeves.

The career of Avani Gregg

Avani joined TikTok way back when it was still named Musical.ly. She posted her first video when she was only 14 years old. Her content mostly revolved around acting with gymnastics elements.

Later, Avani’s content was more about make-up. In 2019, Avani launched her first TikTok viral video, where she transformed herself into a Harley Quinn-style clown. She even launched her own #ClownCheck tag and got nicknamed “Clown Girl”. Her popularity skyrocketed overnight.

In December 2019, Avani joined “The Hype House” TikTok group alongside Addison Rae and number 1 TikTok personality Charli D’Amelio. The house is a collective featuring 20 of TikTok’s best and brightest stars working together to collaborate, cross-promote and create content. However, unlike some of the other members, Avani does not live in the physical Hype House in Los Angeles full time. She is no longer part of this group.

Avani launched her own line of merchandise. This includes more than two dozen pieces, such as hoodies, sweaters, phone cases, shorts and t-shirts. She even launched her own shopping app, “Shop Avani”.

In 2020, Avani debuted her acting career as Gemma in “Chicken Girls”, the Brat TV web series.

In November 2020, Avan started hosting her own talk show, “Here For It”, on Facebook Watch. In this show, Avani helps her fans with various Gen-Z issues.

On 28th September 2021, Avani launched her long-awaited book “Backstory: My Life So Far”.

Avani Gregg started her YouTube account on 9th July 2015. As of 2021, Avani has over 1.3 million subscribers and nearly 30 million views. She posted her first video on 15th May, “Vlog day 1!!/ BROKE MY BACK AND LOVE IT”. This video has almost 350,000 views. Avani is very active on YouTube getting thousands of views. She regularly posts make-up tutorials, vlogs, prank videos, Q&A videos and collaborates with different social media personalities, including her friend Charli D’Amelio. One of her highest viewed YouTube videos is a question and answer video. In another video, she films herself putting make-up on her boyfriend’s face.

Avani has an Instagram account with over 18 million followers. She regularly posts personal photos, hilarious reels, dance videos and relationship photos. Avani has a separate account for her merchandise collection @thatsavanis, with almost 50,000 followers.

In November 2020, Avani began hosting her own talk show, “Here For It”, on Facebook Watch. She is trying to help her Gen-Z fans with everyday struggles. Avani has over 420,000 thousand followers on her Facebook page and posts regularly. On 17th December 2021, Avani live-streamed on Facebook with Charli D’Amelio and Lil Huddy.

In December 2015, Avani Gregg joined Twitter as “Avani dicaprio (1990s edition)”. She is very active on Twitter and posts multiple times per day.

Avani is most popular on TikTok, with over 38.5 million followers and more than 2.6 billion likes. She is the 19th most followed person on TikTok, with 400,000 followers behind JoJo Siwa. Avani is one of TikTok’s make-up experts. She used her make-up skills to apply a full face of make-up and then performed moody clown sketches. Once those videos went viral, she got more than 3 million followers in just a few days. On the other hand, she can be your regular dancing influencer. Posting latest trends and collaborating with top tier TikTok stars.

How much does Avani Gregg earn? Net worth!

Avani has an estimated net worth of $3 million.

She earns her money from different social media ad revenues and sponsorships. Avani’s income is down to her massive social media following, which brings plenty of opportunities to cash in on lucrative brand deals. Among the big names, she’s partnered with is NYX cosmetics.

In addition, Avani has her own line of merchandise on Fan Joy. This fashion website collaborates with internet stars such as Addison Rae and David Dobrik and athletes.

Avani also earns money from different acting gigs. She appeared as Gemma in “Chicken Girls” and has her own talk show on Facebook Watch.

On 28th September 2021, Avani launched her long-awaited memoir “Backstory: My Life So Far”.