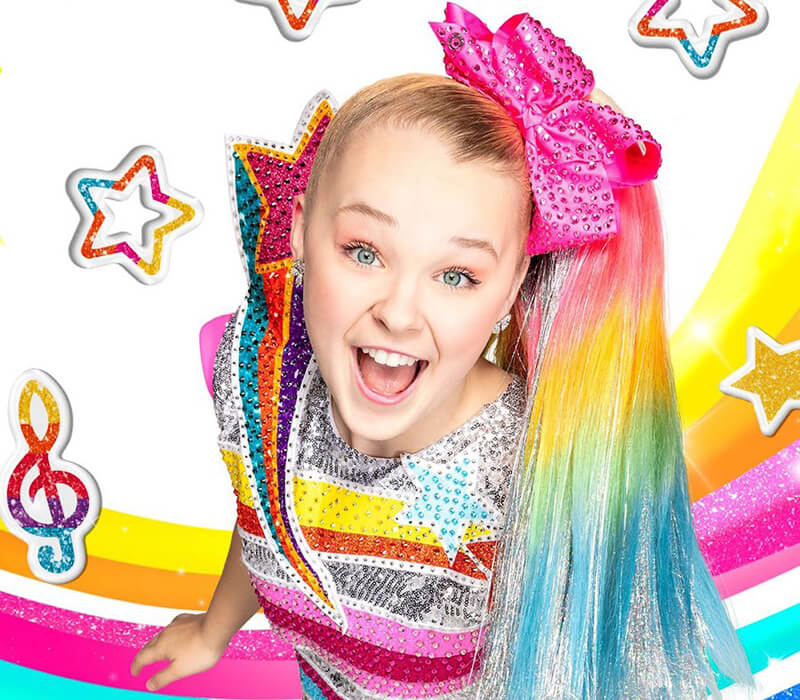 Who is JoJo Siwa?

Jojo’s real name is Joelle Joanie Siwa, and she was born on May 19th, 2003. She is an American singer, dancer, actress and YouTube personality. Jojo and her mother Jessalynn Siwa appeared in two seasons on Dance Moms. Jojo is also famous for her singles “Kid in a Candy Store” and “Boomerang”. Jojo posts daily on her YouTube channel “Its JoJo Siwa” about her day-to-day life. She was one of the 100 most influential people in the world in Time’s annual list in 2020.

JoJo started dating a TikTok star Mark Bontempo in 2020. Their relationship started in August and eventually ended in November.

In January 2021, Siwa came out as a part of the LGBTQ+ community. JoJo added that she doesn’t want to label her sexuality, and in fact, she doesn’t know the answer.

JoJo Siwa publicly revealed that she is in a relationship with her best friend, Kylie Prew, in February 2021. She later stated, “Technically, I would say that I am pansexual because that’s how I have always been my whole life is just like, my human is my human.” In the same interview, Siwa mentioned that she also uses the terms “gay” and “queer.”

JoJo released a makeup kit at one point in her career. This beauty kit turned out to be laced with Asbestos and withdrawn from the market. JoJo Siwa publicly apologized for this incident.

Dababy, a famous singer, released a song named “Beatbox” on March 19th, 2021. This song has gained over 4 million views. Fans obviously liked it, but there was an issue with one of its lines, “N*gga, you a b*tch, JoJo Siwa (B*tch)”. JoJo never shared her opinion about this incident, but James Charles didn’t have it. He publicly called out Dababy on Twitter “Can someone please explain why Dababy is dissing JoJo Siwa when she is 10 times richer, 12 years younger, and 2 inches taller than him”. Dababy immediately responded to clarify the misunderstanding “@itsjojosiwa, my 3-year-old princess is your number 1 fan. I bought her every product you have out. She thinks she is you. Don’t let them trick you into thinking I’d ever had a problem with you. My word play just went over their heads. All love on my end, shawty. Keep shining!” As it turned out, it wasn’t meant to dis JoJo at all. DaBaby is actually using her name in a play on words to call his foes weak. “Siwa” is a homophone of “see why.” Dababy’s real name is Jonathan Kirk and guess what? His nickname was also JoJo when he was young. That means the line can be read as “Jonathan see why”.

JoJo Siwa never publicly expressed her thoughts about this incident or responded to Dababy’s tweet.

How much does JoJo Siwa earn? Net worth!

She is a pretty famous YouTube star, but her YouTube earnings are far from her primary source of income.

JoJo owns her line of hair bows with UK fashion chain Claire’s and various home decors, beauty accessories. She even has a whole line of dolls dedicated to her in collaboration with American store J.C. Penney.

JoJo had several TV appearances throughout her career and even appeared in a game. JoJo Siwa signed a contract with Nickelodeon to appear in a movie called Blurt! and the TV series Lip Sync Battle Shorties. She is also a playable character in the racing game Nickelodeon Kart Racers 2: Grand Prix.

She is also famous for the multiple songs she created. JoJo went on her DREAM Tour in collaboration with Nickelodeon to perform at a live concert in front of her fans.