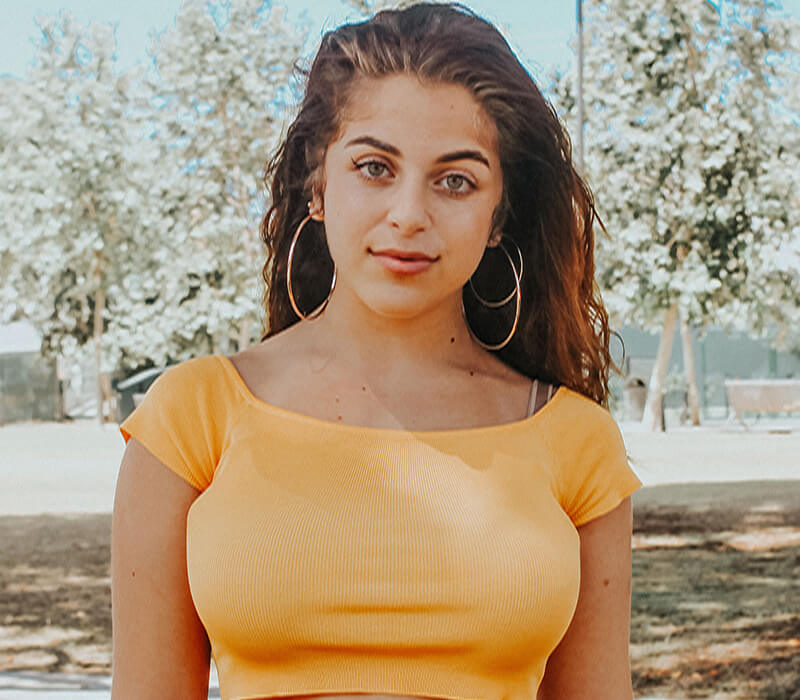 Who is Baby Ariel?

Ariel Rebecca Martin is known throughout social media as Baby Ariel. She is an American social media personality, actress and singer. Ariel is known for her success on musical.ly (now known as TikTok).

Time named Ariel as one of the most influential people on the Internet. In 2017, Ariel was featured on Forbes 2017 list of top entertainment influencers.

She starred in the Disney Channel Original Movie movie Zombies 2. Ariel won the Teen Choice Award for “Choice Muser” in 2016 and 2017.

Ariel was born on 22nd November in Pembroke Pines, Florida, United States. She was raised by Jose Martin, a Panamanian and an electronics company owner. Her mother, Sharon Kremen Martin, is a Cuban Israeli director of Marketing at LifeCraft Wealth Management founded by her husband. Ariel has one sibling, younger brother Jacob Martin, an American Social Media personality.

She attended Pine View School, Florida, US but switched to homeschooling. After that, she enrolled at the University of Florida. Ariel shared that she just downloaded TikTok for fun but eventually became one of the most-famous TikTokers worldwide.

Ariel has been rumoured to date Zach Clayton, an internet celebrity between 2015 and 2016; Blake Grey, a social media star between 2016 and 2017; and Jacob Sartorius, an American singer in 2016.

Ariel dates fellow Tik-Tok star, Milo Murphy. The two starred together on Ariel’s TikTok channel, and Milo even got featured in a video on Youtube’ Boyfriend Tag’ in September 2020.

The career of Baby Ariel

Ariel stated she downloaded musical.ly out of pure boredom. In 2015, Ariel posted many short videos and even launched an anti-bullying campaign called #ArielMovement, described by BlackBook as one of her most important endeavours. Her popularity just snowballed. People magazine recognized her for her support in the #HackHarassment initiative to stop Internet trolls and negativity on the Internet.

Just one year later, in 2016, Ariel got featured on the cover of Billboard magazine alongside fellow Musical.ly personality Jacob Sartorius. Later that year, Ariel appeared on Good Morning America and 60 Minutes. Ariel was named as a top influencer by People, USA Today and Forbes.

In late 2016, Ariel decided she wanted to pursue a singing career and signed a contract with Creative Artists Agency in September. On 1st December 2017, Ariel released her debut single, “Aww”. On 17th January 2018, with the second single, “Perf”. More than one year later, on 30th March 2018, Ariel released her first collaboration single, “Say It,” with Daniel Skye.

In late 2018, Ariel collaborated with EA Games and got her own character as a Sim in the expansion pack The Sims 4: Get Famous. The same year, Ariel starred in a mini-series “Baby Doll Record” by Brat.

In 2019, Ariel appeared on Nickelodeon in Bixler High Private Eye. Later in 2019, Ariel announced that she would appear as Wynter in “Zombies 2” by Disney Channel.

Ariel was Interviewed by multiple magazines, including Business Insider, Seventeen Magazine and Fast Company. She was mentioned in other publications such as CNN, Huffington Post, Wonderwall, Paper Magazine, Rolling Stone, Tubefilter and RAW.

Ariel has a vast social media presence. On the other hand, she has not been very active in the last couple of months.

Baby Ariel started her Twitter account in October 2013. She has over 1 million followers and posts once per month.

Ariel has more than 10 million followers and posts couple pictures, modelling photos and photos from her everyday life.

Ariel joined YouTube on 22nd June 2015. She posted her first video the same day she created her YouTube channel. Her first video, “BabyAriel’s First Musical.ly Post | Baby Ariel”, got published on 22nd June 2015 and has over 5 million views. As of 2021, Ariel’s channel has over 316 million views. As mentioned before, Ariel is not very active anymore. In 2021, Ariel posted a few videos with her boyfriend, uploaded 5 of her songs and posted a video about her life in quarantine.

Ariel has over 420,000 followers on Facebook, where she re-posts funny videos from TikTok or photos from Instagram.

She is most prominent on TikTok, where she has over 35.6 million followers and nearly 2 billion likes. This is the platform where Ariel posts most often. You can find the latest trends and boyfriend videos.

How much does Baby Ariel earn? Net worth!

Baby Ariel has an estimated net worth of $6 million.

Most of her earnings come from additional ad revenues, sponsorships, singing careers and TV gigs. With the social media presence Ariel has, she is expected to make as high as $100,000 per TikTok post.

Ariel also earns money from different TV and film gigs. In 2018, Ariel collaborated with EA Games to appear as a Sim character in The Sims 4: Get Famous.

When Ariel released a single on her YouTube channel, she amassed over 50 million views per video. In July 2015, Ariel released her first EP (shorter version of album), “Blue”.