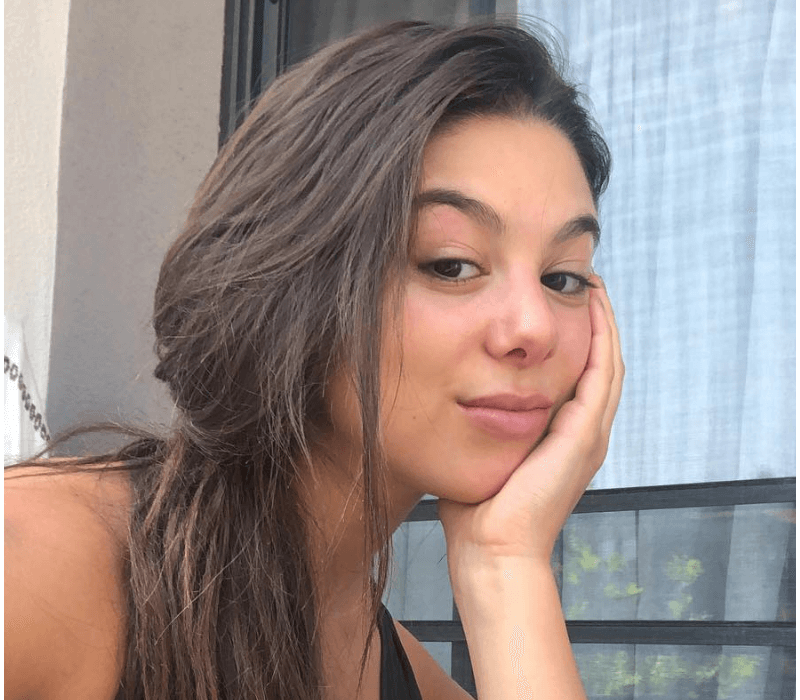 Who is Kira Kosarin?

Kira Kosarin is an American social media influencer known for her broad social media reach on platforms including YouTube, TikTok and Instagram.

Kira Kosarin was born on 7th October 1997 in New Jersey, United States. She grew up in an upper-middle-class family. Her father, Danny Kosarin, is a recording conductor and music chief. Kira’s mother, Lauren Kosarin, is an entrepreneur and actress.

Since her childhood, Kira has been interested in gymnastics, dancing and even attended Boca Ballet Theatre. She finished her schooling at Pine Crest School. Kira was always inclined towards singing and acting. She decided to abandon her studies and focus on a career as a social media influencer, singer and actor.

Kira was rumoured to date personalities such as Chase Austin, Nick Merico and Jack Griffo. In July 2020, Kira started dating Max Chester. On 19th August 2020, they officially announced their relationship on Instagram.

The career of Kira Kosarin

Kira Kosarin debuted as an actor when she appeared in an episode of Disney Channel sitcom Shake It Up alongside Zendaya and Bella Thorne. In 2013, Kira starred in Nickelodeon comedy The Thundermans as Phoebe Thunderman. She was a guest character in School of Rock. Kira appeared in the episode “A Band with No Name” as Princess Oliviana. In June 2015, her show One Crazy Cruise (originally Tripwrecked) premiered.

In April 2019, it was announced that Kira Kosarin will appear in the second season of the Hulu horror series Light as a Feather as Nadia.

On 10th April 2019, Kira released her debut album “Off Brand”. In July 2019, Kira was supposed to embark on a tour across the United Kingdom to promote the release of Off Brand, but this was later cancelled due to “scheduling conflicts”.

On 6th February 2010, Kira Kosarin created her YouTube channel. As of December 2021, Kira amassed nearly 500,000 subscribers and more than 11.5 million views. She regularly posts YouTube Shorts vlogs about her days and backstage shorts of her songs.

In June 2012, Kira Kosarin joined Twitter. She currently has over 300,000 followers and more than 30,000 Tweets. Kira tweets multiple times per day and shares videos from her recording sessions or pictures from her everyday life.

Kira Kosarin has over 6.2 million followers. She posts personal pictures on a daily basis. Kira also shares backstage videos and her own opinions.

On 31st December 2015, Kira created her TikTok account. This is her most dominant social media account. As of 2021, she gained over 28.7 million followers and more than 510 million likes. Right now, Kira sits on 43rd top-ranking TikTok spot, only 200,000 behind “Arishfa Khan”. She doesn’t do a lot of TikTok dancing trends but often posts hilarious lip syncs.

Kira Kosarin released her songs on Spotify and has nearly 100,000 listers per month.

How much does Kira Kosarin earn? Net worth!

Kira Kosarin has an estimated revenue of roughly $1.6 million. She gets most of her income as an actress, singer and social media influencer.

Kira is best known for her role as Phoebe Thunderman in the Nickelodeon series “The Thundermans”. She acted in several shows and movies, including Knight Squad, Lucky, and Light as a Feather. Kira has earned a lot of popularity in her career at an early age. She has acted in more than 30 films and TV series. Her shows became so popular she got nominated four times in a row since 2015 for Kids’ Choice Awards.

Kira Kosarin also earns money through ad revenues and sponsored posts. Especially on TikTok, which is her most dominant platform.