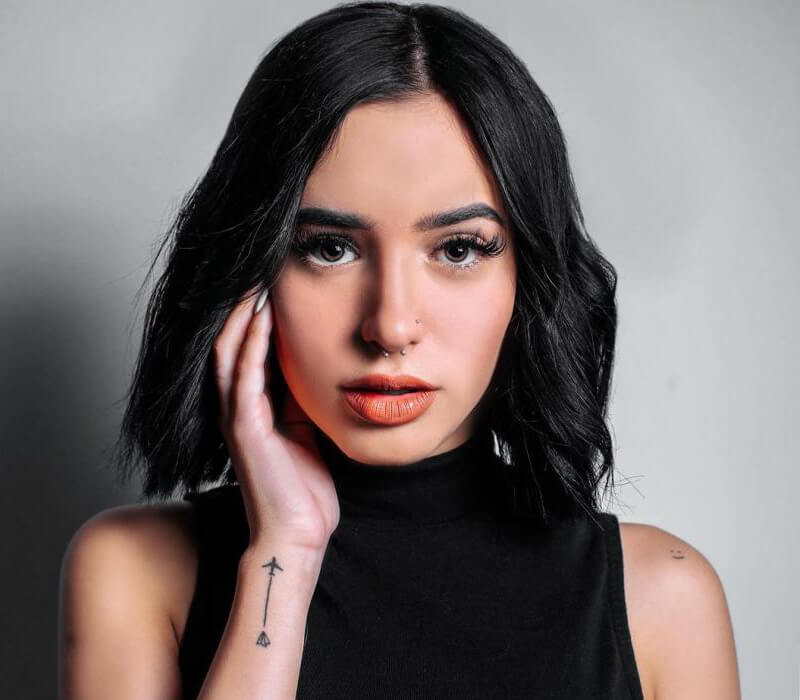 At a young age, Domelipa was a gymnast and remains flexible to this day. In addition, Domelipa also danced a lot, which helped her on the video-sharing platform TikTok.

In 2020, Dominik dated a fellow TikTok star Kevlex Pazmiño. The two broke up later that year. In the past, Domelipa was also romantically linked with Ílika Cruz. In August 2020, Domelipa started dating Rodrigo Contreras, more known as just Rod, on social media. They broke up because the relationship progressed very fast, very soon. Domelipa shared how she regretted leaving her native Monterrey to move in with her then-boyfriend to Mazatlan.

In 2018, Domelipa began posting on the video-sharing platform TikTok. She quickly gained a lot of recognition and became one of Mexico’s most-followed stars on TikTok.

The social media star is best known for her choreographed lip-sync videos on TikTok and her short lifestyle videos featuring segments of her life. Domelipa also joined some TikTok collaborative houses such as Strangers Team and CheliHouse.

In 2019, Dominik was featured on the cover of Tu Magazine. The feature came after she won an award as the TikToker to Watch from Tu Magazine the month before.

On 27th June 2018, Dominik created her YouTube channel “Domelipa”. As of 2022, she amassed over 4.1 million subscribers and nearly 100 million views. Almost a month later, Domelipa posted her first video, “50 facts about me”. Her most popular video is “BROMA A MIS AMIGOS (SALE MAL) | DOMELIPA ft. Rodrigo Contreras”, a drama video where she argues with her then-boyfriend Rodrigo Contreras. This video gained over 6.3 million views and over 430,000 likes. Lately, Domelipa just posts YouTube Shorts with TikTok-like content.

In August 2018, Domelipa created her Twitter account. She has over 1.4 million followers and more than 1,500 Tweets. Her activity on Twitter is very irregular. Sometimes she doesn’t post anything for weeks, and occasionally she Tweets multiple times per day.

Dominik also has a highly famous Instagram with over 16.1 million followers. She often posts high-quality modelling photos or promotes her merchandise.

On 10th September 2016, Domelipa created her most successful social media account on TikTok. As of 2022, Domelipa has over 47.4 million followers and over 2.7 billion likes. She is your regular TikToker following the latest trends, creating them, posting lip-sync and dancing videos. She currently sits at 12th most followed TikToker place, 3 million behind Jason Derulo.

How much does Domelipa earn? Net worth!

Domelipa has an estimated net worth of $1.2 million. Some sites even claim it could be as high as $1.7 million. Dominik generates money through ad revenue and sponsorships. She could earn as high as $55,000 per sponsored TikTok or Instagram post.

Domelipa also created her own merchandise. During her work on social media, Dominik has partnered with multiple big-names brands like EOS, Pandora and Tommy Jeans.