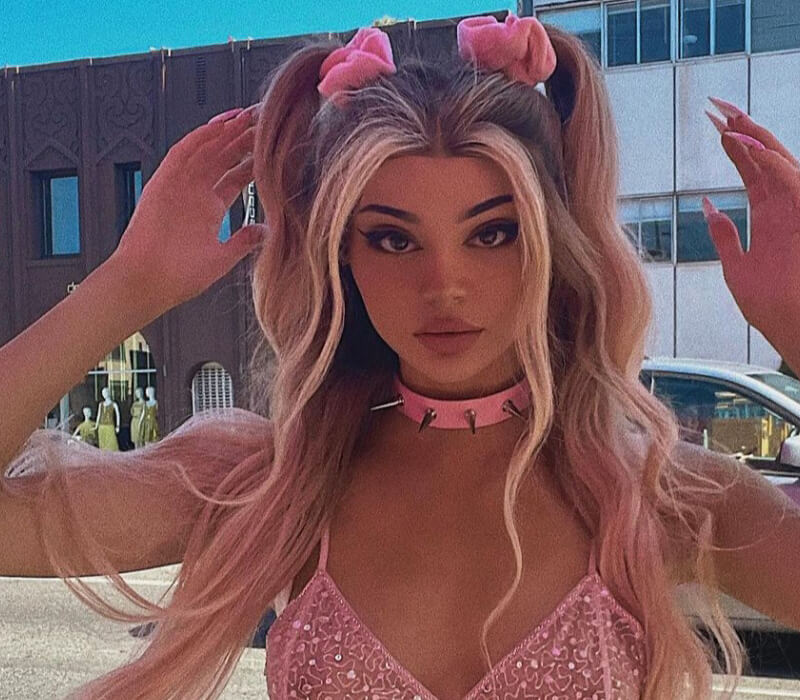 Who is Kristen Hancher?

She is widely popular for posting various fashion looks and modelling shots. Kirsten also appeared on multiple Brat web series, including Misshaps and Too Cool for School.

In 2016, Kristen was nominated for the Teen Choice Awards in the category Choice Muser Category.

On 17th May 1999, Kristen Hancher was born in Ontario, Canada. She keeps her personal information private, and there is not much known about her parents. Kristen has one brother Derek Hancher.

During her early years, she completed her school years at a Local School in Ontario, Canada. Kristen always wanted to pursue a career as an actress or overall in the entertainment industry.

Between 2016 and 2018, Kristen dated social media star, Andrew Gregory. After the breakup, Kristen posted a video on her YouTube channel, stating she had been in a toxic relationship for three years and that she was mentally abused and sexually assaulted by her ex. She also said that Andrew was stealing from her.

The career of Kristen Hancher

Before becoming a substantial TikTok star, Kristen first built up her fanbase on YouNow. She then moved on to musical.ly (now TikTok). One of her most famous clips is a lip-sync of “Regret in Your Tears” alongside Nicki Minaj. Some people might not even realize they’ve seen Kristen. She is known for having various wigs, and you can expect Kristen to have a different hairstyle in each video.

In September 2015, Kristen joined a YouTube collaborative channel Muser Family alongside social media stars such as Taylor Skeens and Loren Gray. She posts a large variety of lifestyle videos. Anything from make-up tutorials to challenge and dare videos over comedy and dance videos.

Between 2016 and 2017, Kristen got nominated for Teen Choice Muser Award and Streamy Award for Breakout Creator.

In 2017, Kristen launched her acting career. Firstly, she starred in the music video “Chills”. After that, Kristen appeared in 10 episodes of the web series “Misshaps”, one episode of comedy talk “The Pain of Painting”, and 3 episodes of “Mani”.

Kristen shared she is a large fan of celebrity Kylie Jenner and “Keeping up with the Kardashians” fame. She even created a YouTube video where she recreated some of Kylie’s most famous Instagram posts that quickly went viral.

In 2018, Kristen starred in the horror series “Troubled Youth”. One year later, Kristen appeared in the comedy “Sitting in the 80’s”.

The same year, Kristen started her OnlyFans and started promoting it on her Instagram. It contains some uncensored content that cannot be found anywhere else.

The controversy of Kristen Hancher

Kristen faced some controversy after posting a photo of herself riding a horse on Instagram. Fans accused Kristen of animal cruelty, saying that the water the horse was standing in was too high. Kristen’s representative later claimed that the horse wasn’t in danger and she loves animals.

Kristen also found herself in hot water when the internet started to circulate uploaded videos of her allegedly flouting COVID-19 protocols. She had travelled to the Maldives, a “Level 3 COVID danger” location. She reportedly attended a pro-COVID spreading party in Los Angeles.

On 20th October 2017, Kristen Hancher posted her first Instagram post. As of December 2021, Kristen gained over 5.2 million followers on her Instagram account. She regularly re-posts her TikToks and latest trends. Kristen also posts hot cosplay pictures and photos from her everyday life.

On 3rd November 2020, Kristen Hancher created her second TikTok channel. She has over 720,000 followers and over 16.5 million likes. Kristen Hancher is your regular dancing, lip-syncing influencer trying to invent new trends. She made a name for herself on social media after sharing lip-syncing videos, along with fitness, hair, and make-up clips. In 2015, she created her first TikTok account. Her first channel was much more prominent, with over 25 million followers. Still, she got banned for promoting her Only Fans account.

On 3rd January 2016, Kristen Hancher created her YouTube channel. As of 2021, this channel has more than 1 million followers and over 28 million views. On 28th August 2017, Kristen posted her first and also most famous video, “Musical.ly Transition Tutorial || Kristen Hancher”. This video accumulated over 5 million views and more than 330,000 likes.

How much does Kristen Hancher earn? Net worth!

She gets most of her income from her TikTok account and YouTube channel through additional ad revenues and sponsorships.

On her social media accounts, she promoted different brands such as Sicko Cartel, FashionNova, and Dan Bilzerian’s CBD brand IGNITE.

Kristen even collaborated with luxury brands, including Supreme, Gucci and Balenciaga.

She also has an Only Fans account where she posts uncensored hot photos for her subscribers. Kristen also sells her own merchandise.