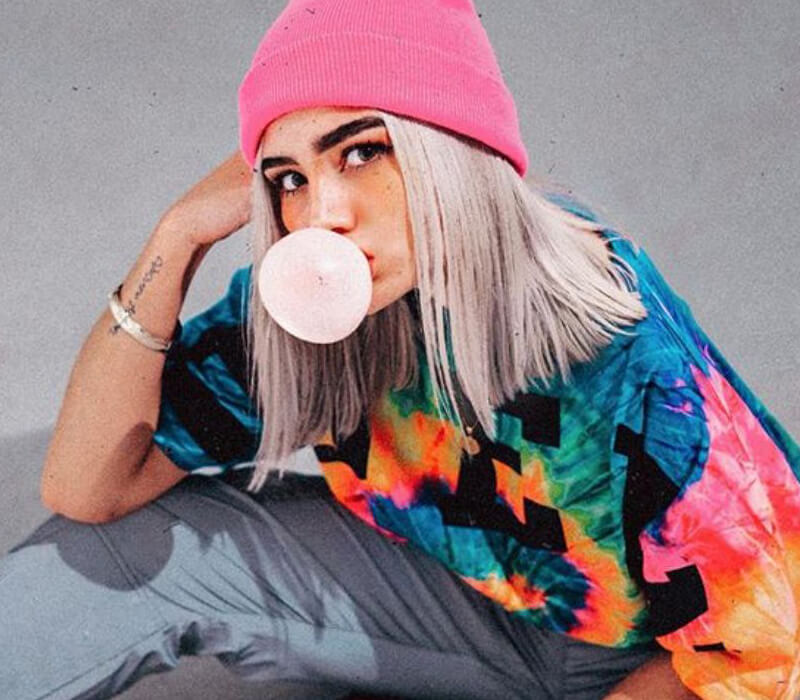 Who is Darian Rojas?

Darian Rojas is a social media personality, TikTok and YouTube star. She is best known for her comedy videos, which often feature other famous TikTok personalities.

Darian’s full name is Darian Fernanda Rojas Crawston. She was born on 6th December 1996 in Mexicali, Mexico. Darian remains secretive about her personal life, and there is not much known about it. Her cousin is fellow TikTok star Marian Krawstor.

She is in a relationship with TikTok star JeanCarlo León. She has a tattoo of the phrase “Todo es Mental” on her left forearm.

The career of Darian Rojas

Before becoming a TikTok star, Darian worked at a lawyer’s office and at an electric company. In March 2020, Darian Rojas posted her first TikTok video.

In a short amount of time, Darian became highly popular all over social media and is ranked as Top 50 most followed TikToker.

She won the Challenger of the Year award at the 2020 Kids’ Choice Awards México.

Darian is from Mexico, and therefore all of her content is in Spanish.

Darian used to stream on Twitch but stopped for unknown reasons. Throughout her Twitch career, Darian gained over 50,000 followers on her “darishla” Twitch account.

In February 2011, Darian joined Twitter. As of 2022, she gathered over 1.2 million followers and more than 5,000 Tweets. She remains very active and sometimes Tweets even multiple times per day.

On 7th July 2020, Darian Rojas created her “DARISHLA” YouTube channel. She accumulated over 1.4 million subscribers and more than 41 million views. On 14th February, Darian posted her first-ever YouTube video, “LAS PAPITAS PREPARADAS MÁS GRANDES DEL MUNDO | Darian Rojas”, where she fills a pool with Cheetos. This video gained over 2.7 million views and more than 200,000 likes. On 22nd February 2021, Darian posted her most popular video, “COMPRANDO TODO LO QUE TOCA MATI (ME DEJO EN BANCARROTA) | Darian Rojas”, where she goes shopping in a pet store with her dog. This video gained nearly 5 million views and almost 300,000 likes. Darian posts regularly a few videos a month, and you can expect anything from a vlog to a prank video.

Darian Rojas is also highly popular on Instagram, where she has nearly 8 million followers. She posts anything from high-quality modelling pictures to photos from her everyday life. Her posts gain anywhere between 500,000 to 1.5 million likes.

Darian Rojas is also active on Facebook, with over 500,000 followers and more than 120,000 likes. This platform serves mainly for Instagram and TikTok re-posts.

On 15th March 2020, Darian Rojas created her TikTok channel. As of 2022, Darian gained over 30 million followers and more than 1.1 billion likes. Darian is currently placed as 40th most followed TikToker, 100,000 behind Mia Khalifa.

How much does Darian Rojas earn? Net worth!

Darian Rojas has an estimated net worth of roughly $500,000. She generates her earnings through ad revenue and sponsorships. Darian is expected to earn as high as $32,000 per sponsored post.