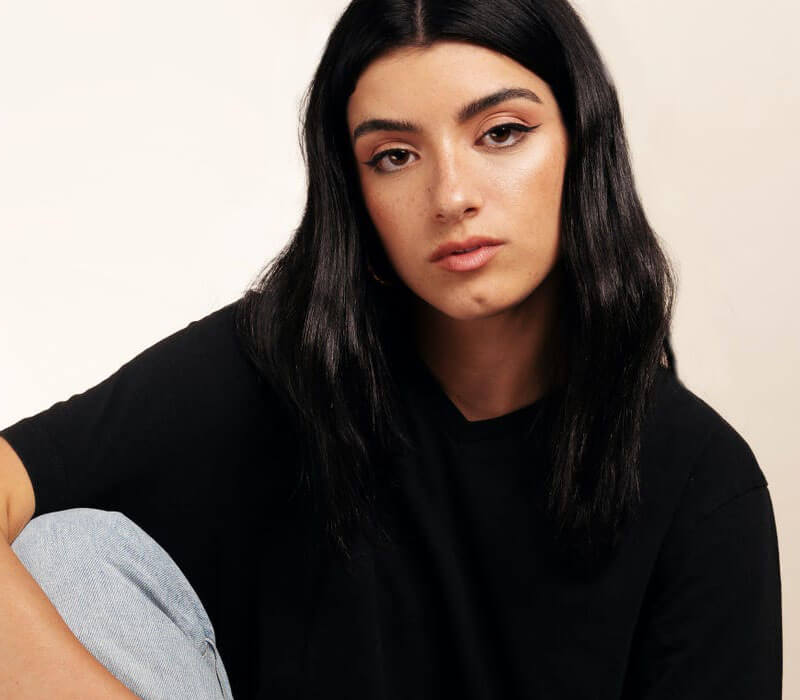 Who is Dixie D’Amelio?

Dixie D’Amelio, who goes by her full name Dixie Jane D’Amelio is an American singer and social media personality. She is one of the top 10 TikTok creators, and her sister Charli D’Amelio is in the 1st spot.

In 2020, Dixie starred in the YouTube web series Attaway General. Between late 2019 and May 2020, Dixie was a part of the collaborative TikTok group The Hype House. In 2020, Dixie signed a contract with HitCo Entertainment and released her debut single, “Be Happy”.

In August 2020, Forbes included Dixie in their list as the third highest-earning TikTok star.

Dixie D’Amelio was born on 12th August 2001 in Norwalk, Connecticut. She was raised by her father, Marc D’Amelio, a famous businessman and a Republican former political candidate and her mother, Heidi D’Amelio, who is a well-known model and photographer. Dixie has one younger sister Charli D’Amelio who is the top TikToker worldwide.

She attended King Low Heywood Thomas School in Connecticut. After that, Dixie completed her graduation at a private university in the United States.

Dixie has had an interest in singing and dancing since an early age. While Charli was more of a dancer and grew up dancing competitively, Dixie was more of a singer and performed in musical theatre. She participated in over 20 shows, including “Cinderella,” “Aladdin” and “The Little Mermaid”.

Dixie let go of her singing dream and decided to pursue running track and playing field hockey in high school. She returned to her entertainment career in October 2019 on TikTok.

Dixie dated her high school boyfriend, Matt Garavel, until 2018. They met in the school sports team.

After that, Dixie dated famous YouTuber Griffin Johnson. They collaborated as a couple on multiple YouTube videos and shared pictures on Instagram.

In October 2020, D’Amelio confirmed she was in a relationship with a fellow TikTok

The career of Dixie D’Amelio

Dixie is mainly known for her TikTok channel. She started posting in late 2019 after her younger sister Charli had already established a fanbase. Dixie quickly blew up in popularity and gained millions of followers in months.

In January 2020, Dixie signed a contract with United Talent Agency.

In May 2020, the D’Amelio sisters announced their new podcast deal with Ramble Podcast Network. This podcast offers a behind-the-scenes look at their lives and specific topics on their minds.

Dixie D’Amelio landed her first acting role on the Brat TV series Attaway General (2020) as Georgia Henry. This show follows four very different teens who arrive at Attaway General Hospital’s prestigious volunteer program. They need to learn how to cooperate together to survive the program and make a difference in patients’ lives.

In late 2020, Dixie and her sister Charli partnered with Hollister Co. and Bill Nye to sponsor fleece hoodies. Forbes even included Dixie in their highest earned TikTokers and shared that Dixie earned $2.9 million in the last year through June from her numerous sponsorship deals and merchandise, making her the third highest-earning TikTok star.

Dixie came pretty late to social media, around 2019. Thanks to her younger sister, Dixie gained crazy fame in a short amount of time.

Dixie D’Amelio has a YouTube channel with nearly 7.5 million subscribers. She posts around 3 videos per month. There is a mix of variety when you look at her channel. Dixie posts anything from her “The early late-night show” episodes, behind the scenes to vlogs, house tours and even her latest songs.

Dixie has an Instagram profile with over 25 million followers. You can find here anything from goofy selfies to behind the scenes photos and photos from concerts.

Dixie D’Amelio is very active on Twitter, with over 4 million followers. She posts multiple Tweets per day.

Her most dominant area is TikTok, where she amassed nearly 60 million followers and over 3 billion likes. She is not your regular dancing TikToker, although you could dig up some Dixies dancing TikToks for sure. As of December 2021, Dixie D’Amelio claims 9th place in TikTok most-followed creators ladder, only 200,000 behind Kimberley Loaiza. She shared a video of herself right after the oral surgery, clearly unhappy and in pain. She danced while having an ice pack wrapped around her head on a TikTok video.

How much does Dixie D’Amelio earn? Net worth!

She earns most of her income from social media sponsorships, her own line of merchandise, singing and acting career.

As a Top 10 TikTok personality and with a substantial wide social media reach, Dixie earned roughly $3 million in 2020 alone from sponsorships, production opportunities and merchandise. The same year, Dixie was included in Forbes as the third-highest earning person on TikTok behind her sister Charli (with $4 million in revenues) and Addison Rae (with $5 million in revenues). Dixie landed herself sponsorships with brands such as Taco Bell and Crest, among others, through sponsored posts, merchandising, or product lines.

In 2020, Dixie appeared in the web series “Attaway General,” which broadcast on YouTube’s Brat TV digital network. She also hosts her own talk show, “The Early Late Night Show”. Later, Dixie starred alongside her family in the “Dinner with the D’Amelios” series. In 2021, the D’Amelio sisters joined forces to appear on the Snap Originals reality series “Charli vs Dixie” and even created their own show in the Hulu docuseries “The D’Amelio Show.”

In March 2020, the D’Amelio sisters partnered with UNICEF for an anti-bullying campaign. Two months later, they appeared alongside a roster of celebrities in the television special “Graduate Together: America Honors the High School Class of 2020.”

In July 2020, Dixie partnered with her sister and Hollister. They became the face of Hollister’s Jean Lab campaign and created a TikTok dance to promote it. They released their own line of cosmetics, Morphe 2, in collaboration with Morphe Cosmetics. Later, the D’Amelio sisters released a nail polish collection called Coastal Craze in partnership with Beauty Orosa.

In 2021, they co-created Hollister’s Social Tourist apparel brand and became the face of its campaign. The D’Amelio sisters also partnered with Simmons Bedding Company to design the Charlie & Dixie x Simmons Mattress.

Dixie was first paid for her own modelling gig back in January 2018. She has worked with brands like Ralph Lauren and Hollister since then.