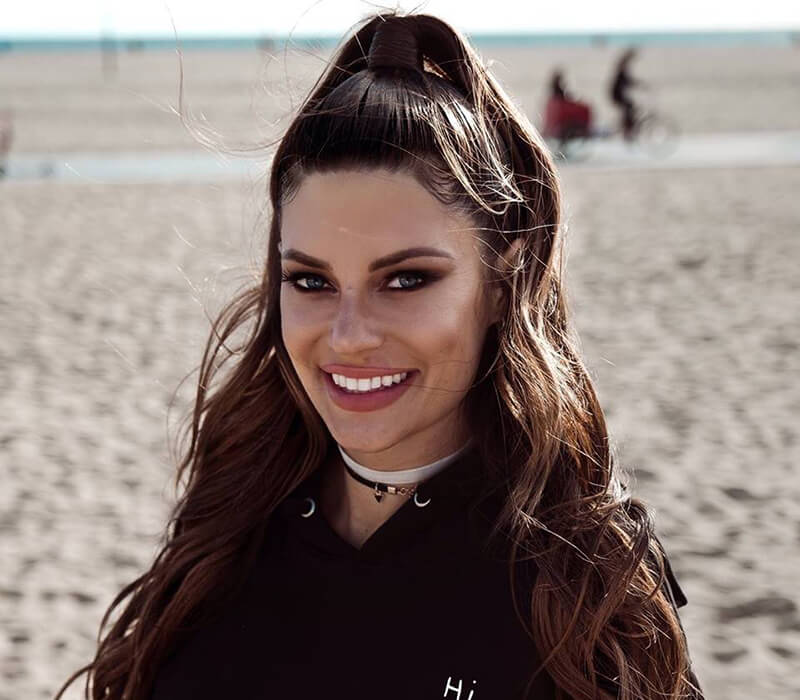 Who is Hannah Stocking?

Thanks to her background in chemistry and biology, Hannah is known for breaking down complex topics and making them more accessible to the public.

Hannah’s full name is Hannah Stocking-Siagkris. She was born on 4th February 1992. Her parents’ names are Holly and Jon. Hannah is of Hungarian, Greek, Ukrainian and Armenian descent. In her school years, Hannah attended Ashland High School in Ashland, Oregon. After that, Hannah moved to California to attend the Dominican University of California in San Rafael, where she studied biology and chemistry and played in the MOcean Volleyball Club.

Back in 2014, Stocking was reported to be dating Kyrie Irving, who was formerly with the Cleveland Cavaliers.

The career of Hannah Stocking

Hannah Stocking started her social media career back in 2013. She posted short-funny videos on the now-defunct app Vine. Her first video was titled “How girls react to guys VS. How men respond to girls.” She earned nearly 1 million followers before the app shut down, and Hannah transitioned to other social media.

In 2018, she went back to her scientific roots and created the new series “The Science of Beauty” for IGTV, a new platform at the time. The same year, Hannah partnered with ATTN, a company that made social media content on critical societal topics. She worked on making science-based videos that appeared on her YouTube channel. Her series was titled “Science Party with Hannah Stocking.”

Hannah even starred with another Vine star, Lele Pons and Vale Genta, in the music video “She’s Out of Her Mind” by Blink-182. She later starred in her best friend Lele Pons’ music video “Celoso.” She also created the official lyric video for the smash hit single.

Hannah even started her acting career in Tyler Perry’s “Boo 2! A Madea Halloween,” she played the role of Anna.

Hannah Stocking also appeared on E! News for their 2017 Grammy Awards coverage during their “Countdown to the Red Carpet” coverage.

That same year, she was featured as a guest star at Dubai’s Vidxb convention with Lele Pons.

In 2019, she became the first creator to receive the Women’s Entrepreneurship Day Pioneer Award at the United Nations. The award recognized her achievements as a global entertainer and pioneer in social media. The award was placed in the Congressional Record, where it will remain.

Along with creating her own videos, she also made videos with some famous Viners like Melvin Gregg, Alx James, and King Bach.

In June 2011, Hannah Stocking created her Twitter account. As of 2022, Hannah gained over 255,000 followers and more than 900 tweets. Hannah advertises the latest deals and promotes her new YouTube videos.

Hannah Stocking has 20.6 million followers on Instagram. She posts anything from high-quality modelling pictures, photos from her everyday life and hilarious comedy skits. Her posts gain anywhere between 500,000 to 4 million likes.

Hannah is also widely popular on Facebook, where she has over 3.1 million followers. She often re-posts content from different platforms and advertises her new videos on YouTube.

Hannah Stocking has over 25.6 million followers more than 876 million likes on TikTok. She is one of the top 100 most followed TikTokers in the world. Hannah follows the latest TikTok trends and even creates game-related comedy skits. Hanna is currently 62nd most followed TikToker, 200,000 behind Brazilian comedian Tirullipa.

Hannah Stocking even decided to dive into the streaming industry. Believe it or not, she sometimes streams on Twitch and has over 2,800 followers. Her streaming schedule is highly irregular, and she has only 16 hours streamed in total.

How much does Hannah Stocking earn? Net worth!

As of 2022, Hannah Stocking has an estimated net worth of roughly $5.3 million. She has been part of social media for almost 10 years and managed to build up fan bases on all platforms. Hannah generates her income through ad revenue and sponsorships. She is expected to earn as high as $45,000 per sponsored social media post.

Hannah has worked with major companies like Google and FIFA on sponsorship deals throughout her social media career.