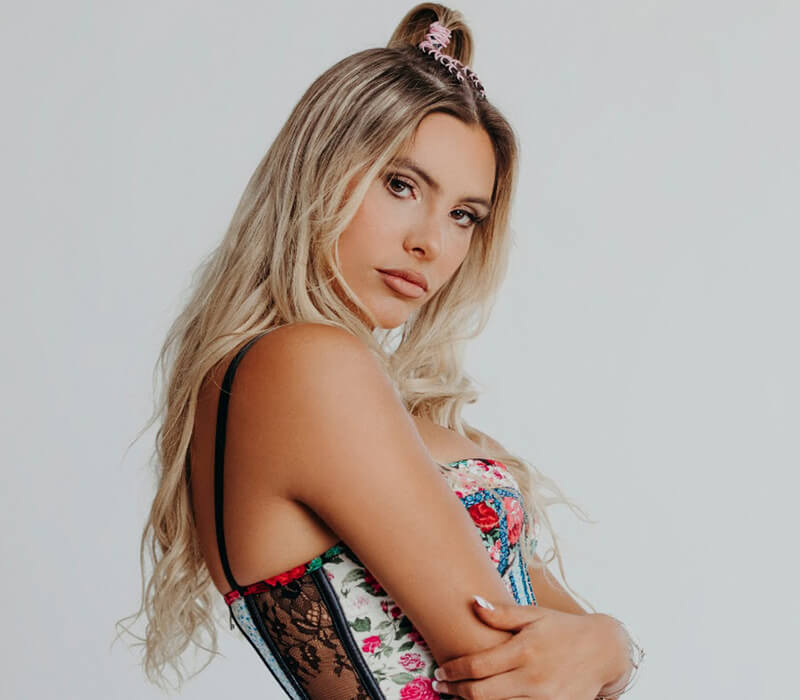 Who is Lele Pons?

Lele used to be one of the most-successful Viners in the world before it shut down. She then branched out into other social media platforms and started creating comedy sketches for YouTube. After that, Lele acted in movies, starred in music videos and co-authored a novel in 2016.

Lele Pons was born on 25th June 1996 in Caracas, Venezuela. She is the only child of her parents, Luis Pons and Anna Marones. Lele is of Spanish/Catalan and Italian descent. Lele speaks fluent Spanish, English and Italian.

At the age of 5, Lele with her family moved to Miami, Florida, where she finished high school. After completing her school, Lele moved to Los Angeles, California, in 2015. Lele shared she suffers from OCD and Tourette’s.

The career of Lele Pons

She was credited for being the creator of the phrase “Do It For The Vine.” and has been nominated for several awards, such as being Choice Viner in the Teen Choice Awards.

Aol.com has included her name on their “10 Most Entertaining Latino Viners”, where she was ranked #6.

On 18th September 2015, Lele branched out into YouTube and created her YouTube channel. She uploaded her first video on 19th April 2016 when Shots Studios launched. Lele appeared in the YouTube Original series “Escape The Night” by Joey Graceffa in season 1 but was killed in episode 9. She has also taken part in YouTube’s paid subscription service, YouTube Premium.

She also made a show called Lele Pons and Hannah Stocking. However, it had negative ratings and was promptly cancelled.

In 2020, Lele Pons was nominated for the tenth annual Streamy awards in the Documentary category.

The controversy of Lele Pons

Lele Pons once claimed she is donating her hair to charity. Many people pointed out too many inconsistencies. Her hair was bleached, which alone is a reason for donors not to accept such hair. Lele also wore hair extensions. She addressed the backlash by denying it.

In addition, Amanda Cerny came forward about how Lele deleted all her videos because she was jealous of her fame, with her excuse being “I’m Latina”.

Lele Pons is highly popular on Instagram, where she has over 47.4 million followers. She often posts high-quality modelling pictures and photos from her everyday life. Lele often posts pictures with her friend Hannah Stocking. She gains as high as 16 million likes on any of her Instagram posts.

Lele Pons is also popular on Facebook, where she has over 6.5 million followers. She often re-posts different comedy skits from various other social media platforms.

Lele has a highly popular TikTok account with over 26.3 million followers and more than 510.7 million likes. As of 2022, Lele Pons is 67th most followed TikToker, only 200,000 behind “Pongámoslo a Prueba”.

Lele Pons has her songs available on Spotify and has over 4.6 million monthly listeners.

How much does Lele Pons earn? Net worth!

As of 2022, Lele Pons has an estimated net worth of roughly $9 million. Lele generates her income through ad revenue, sponsorships and on YouTube Premium. She could earn as high as $46,000 per sponsored social media post.

In 2014 she released a perfume called Suache by Lele. However, it was quickly discontinued after her former manager Justin Matil “forgot” to advertise and market the scent.

Lele Pons teamed up with New York Times bestselling author Melissa de la Cruz for her book, ‘Surviving Highschool’ which was released in April 2016. The book highlights the ups and downs that come with high school life.