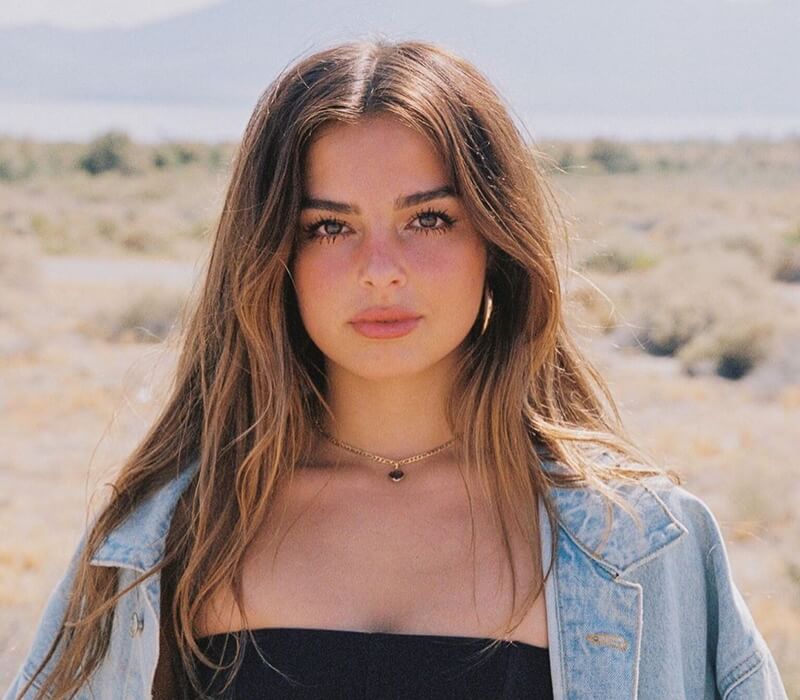 Addison Rae Easterling is a social media personality and dancer from the USA. She is one of the most famous TikTok stars ever. Addison started creating videos on TikTok in July 2019, and her account quickly became one of the most followed on the platform. She accumulated over 81,1 million followers on TikTok over the years, making her the second most-followed person on the platform, just behind the number one Charli D'Amelio.

Even though she is not the queen of TikTok in the number of followers, she was named as the highest-earning TikTok personality by Forbes in 2020. Rae pursues her dreams to become an actor and singer as she released her first debut single, "Obsessed", in March 2021.

Who is Addison Rae?

Addison Rae Easterling was born on October 6, 2000, in Lafayette, Louisiana. She is from a Christian family. Her father, Monty Easterling, and mother, Sheri Easterling, divorced when Addison was just a child. Their relationship was complicated, and they got back together and split up few times. They got remarried in 2017. Addison has two younger brothers, Enzo Lopez and Lucas Lopez. Her whole family is on social media, especially on TikTok. Her father, Monty, has 5 million followers and mom Sheri even 13 million followers.

Rae started dancing when she was a little child. In 2006, she participated in her first dance competition at the age of 6 and started dancing competitively since then. Addison attended Lousiana State University with a focus on sports broadcasting. However, like many other influencers, Easterling dropped out of college to pursue her TikTok career.

Addison's love life is all about Bryce Hall, an internet personality known for his TikTok and YouTube videos. They started dating in the summer of 2020 and officially confirmed the relationship in October of the same year. There were many break-ups and comebacks in this struggling relationship, and they conclusively broke up in March 2021.

In May 2021, at the MTV Awards, Addison and Tanner Buchanan announced together the Best Kiss category winners and kissed on the stage after announcing. The fans immediately thought they were dating, but they reportedly said they are just friends and it was for show purpose only.

Addison is known to be BFF with Kourtney Kardashian. Everything started thanks to Kourtney's 10-year-old son Mason Disick, as he is a big fan of Addison's TikTok videos. Rae was invited to Mason's birthday party, and they collaborated on a TikTok video together. Since then, they are often together, they post themselves on their social media etc.

Rae created her TikTok account in 2019. At first, she didn't even think about posting on the platform, Addison just downloaded it from curiosity. Her friends from school and dance were constantly hooked on TikTok, watching and imitating the trends. Addison created her first TikTok in July 2019 and started uploading dance videos to trending songs.

Addison Rae hit 1 million followers on TikTok on October 27, 2019. In fact, she hit that milestone sooner than TikTok #1 Queen Charli D'Amelio. Charli got to 1 million three days after on October 30. One month later, Easterling decided to leave LSU to focus on the TikTok career.

In December 2019, Addison joined The Hype House, which included around twenty TikTok influencers, even Charli and Dixie D'Amelio. The HypeHouse is a collaborative content house where those content creators can make their videos together easily. The mansion is situated in Los Angeles, California.

In January 2020, Rae signed an exclusive contract with talent agency WME to help her build the brand with projects in dancing, modelling etc. In July, Addison was part of campaign #AExME Back To School '20 by American Eagle, the famous American clothing retailer. Rae made a photoshoot in her bedroom for this campaign due to the pandemic restrictions.

In 2020, Addison started many own projects. In July 2020, Rae released a show, "Mama Knows Best", with her mom Sheri Nicole. The show is a weekly podcast exclusively on Spotify, where they provide an authentic and intimate look into their lives and relationships. In the first episode, they gave some background about her childhood and growing up in Louisiana, and Addison revealed the reasons why she left the college at LSU in 2019. Her next project was about cosmetics, as she created her own cosmetic line called Item Beauty. The brand is selling skincare and makeup products. She uploaded her first music video called "Obsessed" .in March 2021.

How many followers does Addison Rae have on TikTok?

As of today, Addison Rae has over 81,1 million followers on her TikTok account, which makes her the second most followed individual on the platform. Her videos get several million views, an averagely of 10 - 20 million views per post, 2 million likes and 15k comments.

Addison Rae hit 1 million followers on TikTok on October 27, 2019. In fact, she hit that milestone sooner than TikTok #1 Queen Charli D'Amelio, Charli got to 1 million three days after on October 30.

How much does Addison Rae make a year? Net worth!

As of 2021, Addison Rae's estimated net worth is established to be $5 million.

Addison is the highest-paid TikTok creator, according to Forbes. In 2020, she earned $5 million in just a year. Rae earns around $50,000 per sponsored post on social media.

Her primary sources of income are sponsored posts, collaborations, merchandise and many more. She partnered with brands like FashionNova, Uptown, Cheapskate, Chantilly Boutique and McCary's Jewelers.