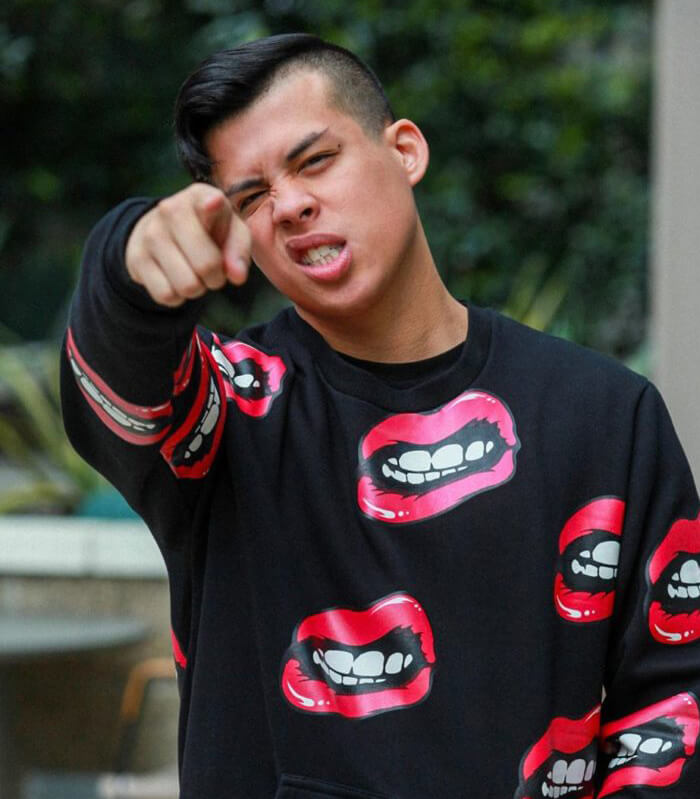 Who is Spencer X?

Spencer Polanco Knight, better known as Spencer X by his fans, was born on 20th April 1992. Spencer is a beatboxer, YouTube and TikTok star with a broad social media reach. He stands out from the sea of dancing teenagers with his vivid and fresh TikToks.

Spencer collaborated with several famous artists such as Sean Kingston and Alicia Keys in his successful career. Other than that, Spencer has been included in multiple publications as an artist to watch, including USA Today.

Spencer was born on 20th April 1992. Spencer’s dad is an Ecuadorian immigrant, as his mom is a first-generation Asian-American. They raised him in New York City with his sister Gigi.

Spencer’s parents didn’t like the idea of him chasing a career as an artist. They wanted him to attend college. Spencer spent a year and a half studying science at Purchase College, followed by an unsuccessful stint doing math at the City University of New York.

Spencer dropped out and spent the rest of his early and mid-20s chasing his dream. Union Square was his favourite locale, as well as different beatboxing jobs. Spencer shared some of his beatboxing jobs, such as in the bluegrass group, Russian rock band and acapella quintet.

After breaking up with his girlfriend, Spencer moved to LA. He just couch-surfed most of his time and had a bank account always too close to empty. It all changed one day when he decided to perform on TikTok Livestream. Spencer raised thousands of dollars, ultimately closing doors on his previous life.

The career of Spencer X

Spencer got introduced to beatboxing while he was only 14 years old. While playing tennis, his friend showed him the art of beatboxing. Spencer got completely enchanted and decided to do more research. YouTube, the massive platform we know today, was still in its early stages. However, Spencer was still able to find some tutorials.

Spencer had a rough start where many people would just drop their dream. Don’t get me wrong, he was still getting beatboxing jobs, but it was nowhere near where he is today.

His first-ever performances were on Union Square for 3-4 hours five times a week. Spencer got kicked out and sometimes even fined on multiple occasions.

Spencer even competed on multiple occasions. At the “East Coast Beatbox Battle,” Spencer ended up reaching the top 16. In 2012, he earned the title of Vice-Champion in the Midwest Beatbox Battle in Ohio. The same year, Spencer was also the featured artist for The Purchase Beat – SUNY Purchase.

In the online era of the 21st century, it shouldn’t be a surprise that Spencer decided to showcase his talent online. On 15th January 2012, Spencer created his own YouTube channel. However, he didn’t upload any video for more than a year. On 8th July 2013, Spencer uploaded his first-ever video, “TRAPBOX - Trap Beatbox Medley - Spencer X”, which has nearly 500,000 views as of 2021. Spencer uploaded his second video two years later, on 17th June 2015. “One Beatboxer, 20 Sound Effects” has almost 9 million views as of 2021, and you could easily say it brought Spencer to the spotlight.

You might think this was the breaking point of Spencer’s career, but that is not true. Spencer became successful after the rise of TikTok. He quickly stood out of the sea of dancing teenagers. Spencer took very little time gaining a massive amount of followers since he started posting TikTok in 2019. Very few people on TikTok are good at beatboxing, meaning Spencer didn’t have too much competition.

Since his rise in popularity, Spencer collaborated with several famous musical artists such as Alicia Keys and Hip Hop artists including Sean Kingston, Marshall and Russ. Other than that, Spencer also collaborated with other TikTok stars Lopez Brothers and even had 10 events per month.

How much does Spencer X earn? Net worth!

Spencer X has an estimated net worth of roughly $500,000. Most of his earnings come from different sponsorships and his social media channels.

Spencer has a self-titled YouTube channel with 2.7 million subscribers and over 140 million views. His Instagram account has shy of over 1 million followers. Most importantly, Spencer’s TikTok has over 55 million followers and more than 1.3 billion likes. This is easily his most dominating platform.

Spencer is so huge on TikTok that he got money directly from the platform. If you need an explanation, this doesn’t happen that often. Most content creators generate earnings through different sponsorships or product showcases. Spencer was one of 19 influencers that got money from TikTok’s $2 billion Creator Fund. Both Spencer and TikTok declined to share the exact number or how that financing works.

That doesn’t mean Spencer doesn’t have any sponsorships. He is backed up by some huge brands such as Oreo, Sony, Chips Ahoy, Skechers, Monster Energy, Break Free Worldwide and HBO. He is also partnered with B&H and YouTube.

Spencer is looking to expand his career and spends most of his afternoons in his recording studio. So far, Spencer has released two songs on Spotify, “Be Somebody” and “Water”. He has over 34,000 monthly listeners. Spencer often promotes his songs on his social media and plans to release more on Spotify.