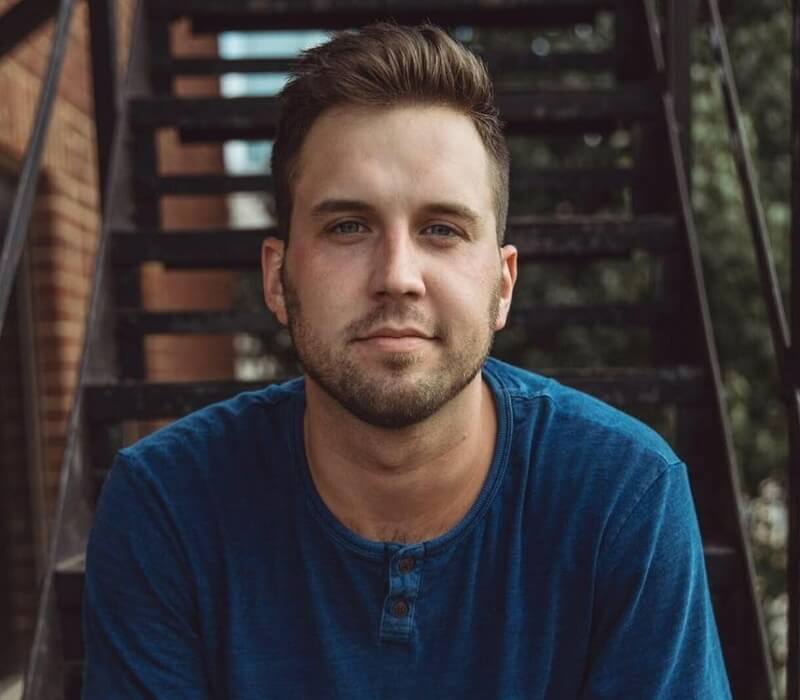 Trey Kennedy is a famous YouTuber and TikToker known for his comedy and music videos. His internet career started in 2011 on the Vine app. After Vine's shutdown, Trey moved to other social media such as Instagram, Facebook, YouTube and later TikTok. He released his first EP called Take Me to the River in 2016.

Kennedy was born on November 17, 1992, in Edmond, Oklahoma. He has one sibling, older sister Kaci Lynn. Trey used to be a shy, quiet kid who never thought he could be an entertainer one day during his childhood. Trey loved sports, and he was part of a school basketball team.

While attending Oklahoma State University, Kennedy started his career on Vine. He posted short funny videos with his friends from school. When Vine ended in 2017, Trey began posting videos on social media such as Facebook and Instagram. Kennedy graduated from Oklahoma State University and received his MBA, Master's of Business Administration Association.

Trey has been in a relationship with Katie Byrum for many years, she is a clever woman - a biomedical engineer. They decided to move their relationship to another level as they engaged in September 2019. Trey and Katie had a private wedding on May 23, 2020, and the couple lives together in Kansas City.

Everything began in 2011 when 19-year-old Trey started singing and performing pop, rhythm and blues. He didn't even know he is that good at singing as his family wasn't very musical. His friends from college encourage him to try a singing career after they heard him singing. Kennedy decided to enter a charity contest, and people loved him! Trey created his YouTube channel in December 2015 and posted his first cover video, "Tennessee Whiskey", on December 18, 2015. Kennedy released his first and only EP in 2016 called "Take Me to the River" which was funded by a Kickstarter campaign.

Kennedy created his TikTok account in 2016, and he uploaded his first TikTok video on May 8 2016, which included part of the cover for the song Maria. After that, his content was mainly established from funny sketches that people love, and his TikToks usually get hundreds of thousands of views!

Trey and John Crist became friends in 2017, and they started collaborating with each other. These two comedians created several viral funny videos, including one about bachelorette parties in Nashville. Additionally, John Crist went on an "Immature Thoughts Tour" throughout the USA in 2017, and Trey joined him on several stops! Crist is not the only fellow comedian Kennedy collaborated with, he made several videos with famous YouTuber and TikToker King Bach.

Kennedy started hosting his own podcast in 2019 called "Correct Opinions with Trey Kennedy", produced by Studio71, a German mass & media digital company. This podcast was a massive success, as it was in the top 100 comedy podcasts in the US, GB, Australia and Canada.

Trey is known for his sketches about middle school students, one of them received over 14 million views. These series about middle school were so popular that he even released a TV series called Middle School Maddox in March 2020, in which Kennedy spoofs middle school suffering and angst. Kennedy planned his 2020 tour "The Are You For Real" throughout the US. The tour was scheduled to start on March 11, 2020. However, due to the COVID-19 pandemic, the tour was postponed.

How many subscribers and followers does Trey Kennedy have on social media?

Trey Kennedy is famous throughout all social media! His biggest platform is definitely Facebook, where his official page has more than 4,6 million followers! His TikTok is being followed by 2,4 million followers and has more than 40 million likes! His Instagram account is even more significant, with 2,5 million followers. He crossed the milestone of 1 million subscribers on his YouTube channel just recently in June 2021, and his videos have almost 172 million views.

How much does Trey Kennedy make? Net worth!

Trey is a simple person and doesn't like to display his wealth publicly. However, as of 2021, Trey Kennedy has an estimated net worth of $10 million. Trey is known on all the media platforms, and they are his sources of income, mainly his YouTube and TikTok accounts. He makes money via sponsored posts, each post should earn about $9,000.