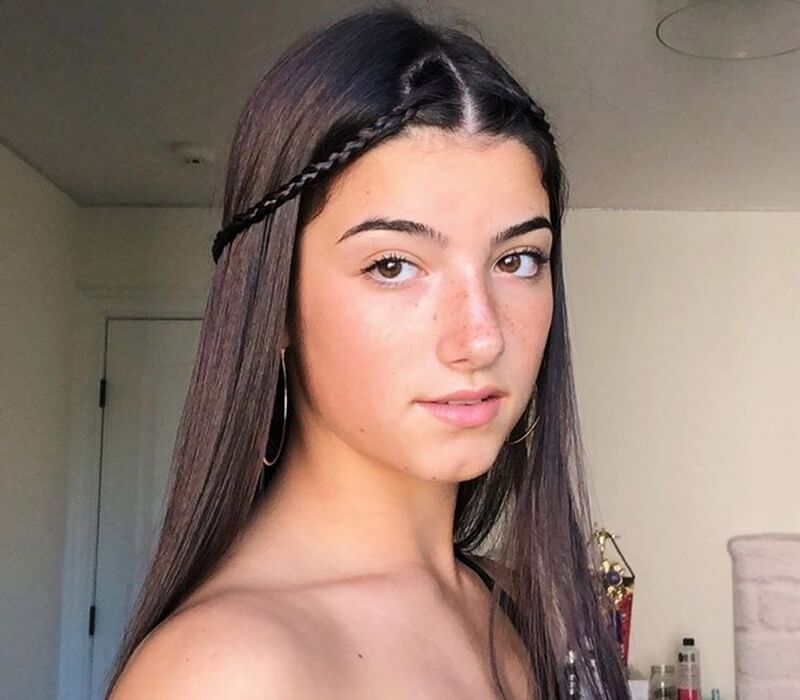 Charli Grace D'Amelio is a social media personality and dancer from Norwalk, Connecticut. She started dancing as a little child and was a competitive dancer for over 10 years. Charli joined the video-sharing app TikTok in 2019. She began posting dance videos to trending songs on this platform and quickly amassed a large following base. Charli D'Amelio became the most followed creator on the app with over 117,7 million followers.

D'Amelio film debut was a voice role in the animated film StarDog and TurboCat. She is not just TikTok's biggest star, her other endeavours include a book, nail polish collection, makeup line and podcast. Charli was the first person to hit 50 and 100 million followers on TikTok.

Who is Charli D'Amelio?

D'Amelio was born on May 1, 2004, in Norwalk, Connecticut. Her father, Marc D'Amelio, is a former Republican Connecticut Senate candidate and business owner. Her mother, Heidi D'Amelio, is a photographer and former model. She has an older sister, Dixie, who is a TikTok celebrity as well. Charli started dancing at the age of 3, and she was doing competitive dancing for over 10 years before TikTok. D'Amelio attended King School in Connecticut. However, after her success at TikTok, she began to study the school only virtually.

Charli D'Amelio dated Chase Hudson back in 2019. They broke up in March 2020, as Chase was accused of cheating on Charli. In April 2021, Chase dropped his third single, "America's Sweetheart", which Chase has confirmed is about his and Charli's past relationship. In fact, she even starred alongside the influencer in the music video.

Charli's first video on TikTok was uploaded in May 2019. The video was a lipsync alongside her friend. However, this first video wasn't that viral as her later one. It was a duet with user "Move With Joy" posted in July 2019, and it gained a big attraction. Since then, the content of her TikTok was mainly focused on dancing to the songs that were trendy at that time on the platform.

In December 2019, the collective named The Hype House was formed. It included around twenty TikTok influencers. The HypeHouse is a collaborative content house where those content creators can make their videos together easily. The mansion is situated in Los Angeles, California. Charli D'Amelio joined The Hype House in November 2019 together with her sister Dixie.

You can imagine how big celebrity Charli is when she was part of the Super Bowl in February 2020. She appeared in a commercial for Sabra Hummus and was invited to Super Bowl LIV to create a TikTok challenge. D'Amelio is trying to show her kind personality and influence in a good way as well, as she partnered with UNICEF in an anti-bullying campaign. When the COVID-19 pandemic stroke in March 2020, D'Amelio created the #DistanceDance challenge campaign in partnership with Procter & Gamble on TikTok to encourage social distancing. She received very positive feedback from this action, even Ohio Governor Mike DeWine thanked her personally, and she was nominated in the category Social Good Campaign at Steamy Awards.

Later that year Charli D'Amelio and her sister decided to leave The Hype House, as they say, it became more of a business, so they stepped away. Charli and Dixie were part of many projects. For example, in May 2020, they announced a podcast deal with Ramble Podcast Network, and they appeared in Graduate Together: America Honors the High School Class of 2020. D'Amelio is known for her often paid promotions on her social profiles. There is no surprise that big companies often choose her as an ambassador. For example, she became an ambassador for Hollister, Invisalign and Morphe in 2020. Charli and Dixie wanted to create something own, that's why they launched a nail polish collection called Coastal Craze in August 2020.

In April 2020, people started speculating about an upcoming reality show about the D'Amelio family, and it was officially confirmed at an interview in July same year. In May 2021, they finally revealed more information and some shots from this eight-part series. Charli is often part of music videos, thanks to her dancing skills and popularity. For example, she appeared in Jennifer Lopez's music video for the song "Pa'Ti + Lonely" and Bebe Rexha's single "Baby I'm Jealous".

D'Amelio became an author, she released her first book, Essentially Charli: The Ultimate Guide to Keeping It Real. Well, not really the author as she didn't actually write the book herself. D'Amelio clarified she said the words on the call with the woman that put it in a book form. Charli then joked that if she wrote it herself, it wouldn't be as interesting, but confirmed she read the book many times and made sure everything in there was right.

How many followers does Charli D'Amelio have on TikTok?

As of today, Charli D'Amelio has over 117,7 million followers on her TikTok account. She is the most followed creator on the app. Her videos get several million views, an averagely of 10 - 30 million views per post, 3 million likes and 100k comments.

Charli is popular among social media, her Instagram account has 42,2 million followers and Twitter over 5,3 million. She even created a YouTube channel one year ago, where she posts irregularly and yet has there over 9,55 million subscribers!

How much does Charli D'Amelio make a year? Net worth!

As of 2021, Charli D'Amelio's estimated net worth is established to be $8 million. She is present among all social media and makes money from sponsored posts and production deals. Charli earns about $100,000 per one sponsored post!

According to Forbes, D'Amelio earned $4 million in 2019, making her the second highest-earning TikTok star behind Addison Rae. The following year she earned around $6 million, and a massive sum of $1 million was for appearing in a Super Bowl commercial!