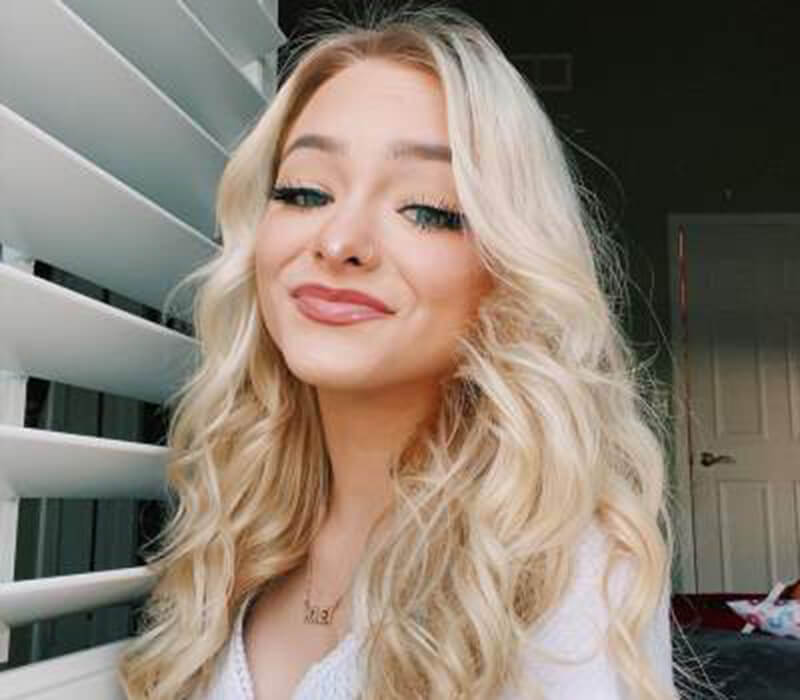 Who is Zoe LaVerne?

Zoe LaVern is an American social media personality, TikToker and YouTuber. She first rose to fame during middle school when she started posting on Musical.ly. Zoe LaVerne Pemberton was born on 3rd June 2001 in Greenwood, Indiana, United States. She has one brother named Eric and one step-brother named Cameron. From 2017 to 2020, Zoe dated Instagram star Cody Orlove. They were in an on and off relationship until they eventually broke up. After that, Zoe dated Zephan Clark. In the end, Zoe started dating Dawson Day. As of 2022, Zoe and Dawson have a daughter together. She was criticized when she offered fans “exclusive” photos of her daughter, Emersyn, for $15.

In 2018, Zoe was nearly kidnapped in Indiana by an unknown man in a white van. She managed to run away and inform the police. Unfortunately, the police couldn’t do anything because of a lack of evidence. Zoe was involved in controversy after criticizing Charli D’Amelio’s rise to TikTok fame. She claimed she wanted to take Charli down because she would surpass the number of followers that Zoe has. Many people called her out, and Zoe eventually apologized.

In 2016, Zoe started posting videos on Musical.ly. She started receiving a lot of hate from her classmates at the time about the videos, but people loved them on the platform. In 2018, Zoe decided to take private education because of all the bullying that started happening. As of 2022, Zoe is one of the most successful TikTok creators. She often participates in various TikTok lip-sync trends and dancing routines and shares clips of her family. Zoe is also highly popular on Instagram, where she posts high-quality modelling photos and pictures with her family.