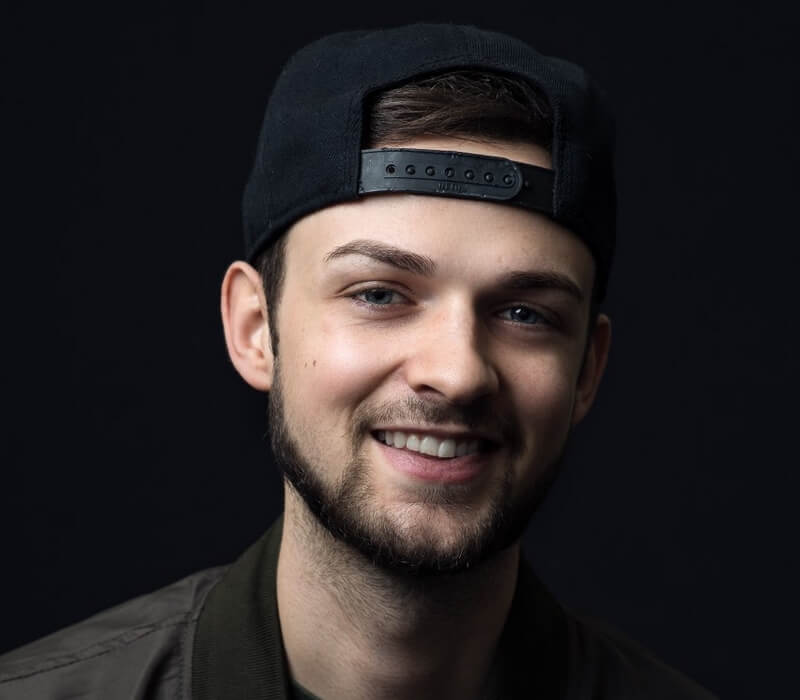 Alastair James Aiken, better known as Ali-A, formerly Matroix, is British gaming YouTuber. He is best known for his Call of Duty and Fortnite: Battle Royale videos and vlogs. He has his own TV show on CBBC called Ali-A's Superchargers. Ali-A has more than 17 million subscribers and almost 5,5 billion views on his main channel, which makes him the 28th most subscribed gaming YouTuber in the world. With the Fortnite content, he is in the second position, just behind the biggest Fortnite YouTuber and streamer, Ninja.

Aiken was born on November 6, 1993, in the capital city of the UK, London. Aiken loved playing games since childhood. He admitted he was bullied at high school in one of his videos. Ali-A has one brother Simon, who is 1 year and a half younger than Alastair. They have a friendly relationship. When they were kids, they used to play Mario Kart together. They play video games together until today, and he can be seen sometimes in his videos.

Ali-A has a girlfriend since 2015. Her name is Clare Siobhán, and she is a famous YouTuber as well, she plays games such as The Sims 4 and Pokémon. Before Clare started doing YouTube, she worked at the Xbox company. They first met at the airport in Germany during a gaming event called Gamescom in 2014. Three years later, they started living together and created a joint channel titled "Clare & Ali". The couple got engaged in June 2019, but they are still not married due to the Covid-19 pandemic. They don't have any children yet, but they have 3 beautiful pets, Cavalier King Charles Spaniel named Eevee, a cat named Darcie and Pomeranian dog called Lexi.

Alastair created his YouTube channel, first with the name Matroix, in 2006, but he started uploading his gameplay videos three years later in 2019. In his beginnings, he recorded 30-second clips of him and his friends playing Call of Duty. The main focus of his videos are his commentary and live reactions to video games. Soon he created his second channel called "MoreAliA", where he uploads various content based mainly on reacting to other videos. Ali-A created a new channel titled "Clare & Ali" in April 2018. On this channel, they post videos together. Aiken started his fourth channel titled "Ali-A Plays" in September 2020, where you can only find Call Of Duty content.

Ali-A holds the Guinness World Records for "Most Popular Call of Duty Channel by views" and "Most Popular Call of Duty Channel by subscribers" since 2015. Alastair is ranked as one of the top YouTubers in the world by different servers, which makes him attractive for potential sponsors. He has sponsorships with various brands like G2A, Scuf Gaming, Monster Energy, Elgato Gaming and Kontrol Freek.

Aiken was part of the campaign to teach young people basic programming skills in 2016. This campaign was very successful, with over 13 million views on YouTube. Overall, more than 24,000 youth learned basic programming skills in Python. Ali-A appeared on TV several times, in 2013 and 2014, in the TV show The Gadget Show. In 2013, he also appeared on BBC alongside KSI in a discussion about YouTube Red, the first paid service by YouTube. Aiken announced that he will host a television show titled "Ali-A's Superchargers" on June 30 2017. This series starred on CBBC with 10 episodes. This show is all about car transformations with famous YouTuber Ali-A in the main role.

How many subscribers does Ali-A have on his YouTube channels?

How much does Ali-A make a year? Net worth!

As of 2021, Ali-A's estimated net worth is established to be $8 million.
Ali-A's YouTube channels get an averagely of 1 million views per day, which means Ali-A earns about $2 million a year from the YouTube ads only. However, Aiken has more sources of income, such as merchandise, paid promotions and sponsorships, so his actual income will be much higher.

The Most Viewed Ali-A Videos