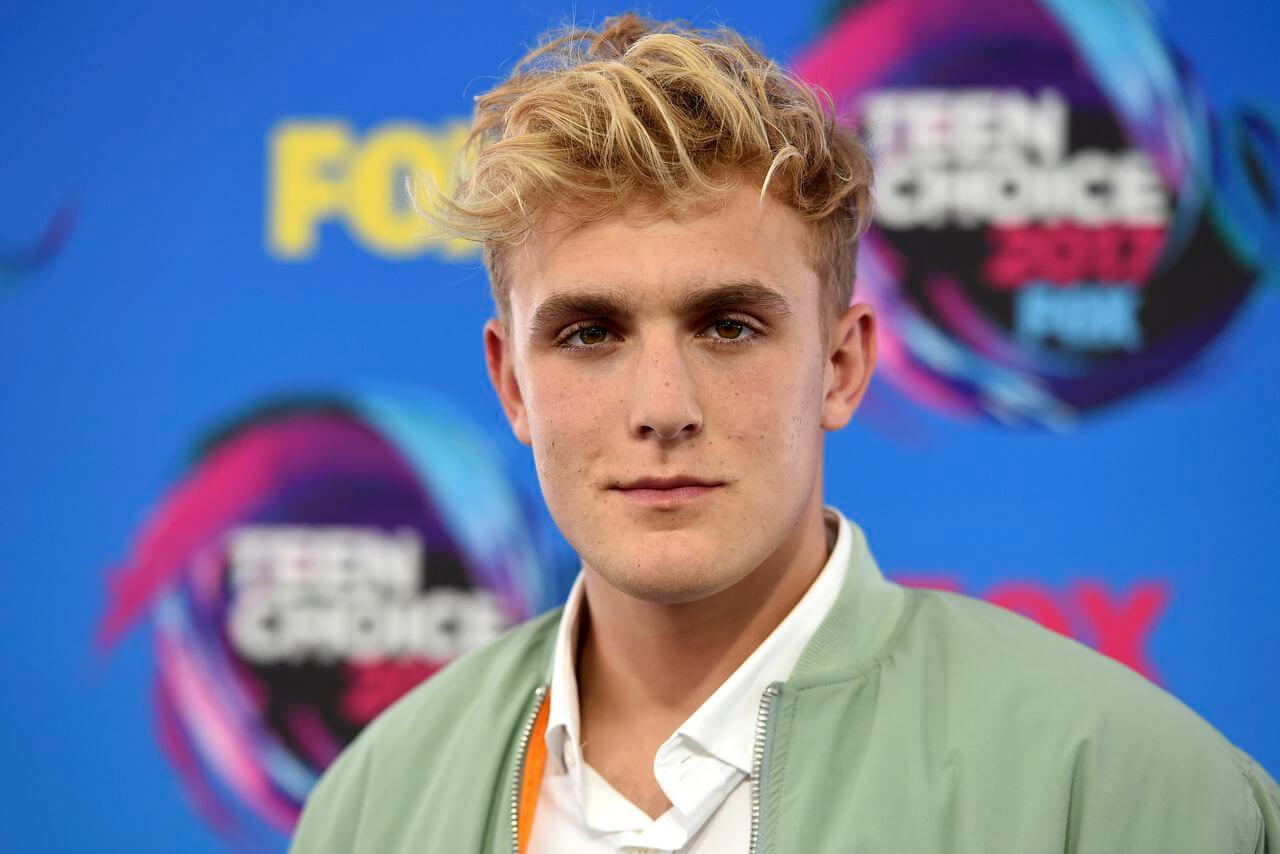 Jake Joseph Paul is an internet personality, YouTuber, actor, rapper and last but not least, a professional boxer. Jake Paul gained his fame on Vine, the site where creators uploaded short and funny videos. He created content along with his older brother Logan Paul. Later he switched to YouTube and started his career there. Paul is known for his pranks, funny videos, and rap music. Jake even made it to the television, his most known acting success is the role of Dirk Mann on the Disney Channel series Bizaardvark. Jake started his boxing career in an amateur fight in 2018, and in December 2019, Paul made his professional boxing debut. Throughout his career, Paul has become the subject of many controversies due to his behaviour. They even fired him from the Disney Channel!

Who is Jake Paul?

Jake was born on January 17, 1997, in Cleveland. However, he moved soon to Westlake, Ohio, where he grew up. Paul has English, Irish, Scottish, Welsh, Jewish and German ancestry. He has an older brother Logan, who is also an internet personality. Their mother, Pamela Ann Stepnick, worked as a nurse. Their father, Gregory Allan Paul, was a real estate agent and before part of the military. Growing up, Jake, along with his older brother, loved playing sports, especially football, and going to the woods.

Jake and his brother loved watching YouTuber Smosh, and they say he was their biggest inspiration to begin creating videos. They made a channel called "Zoosh" and started posting short funny videos, their mom was the cameraman. Around this time, Jake's parents divorced, and the Paul brothers were shaken by this event. When Jake began to visit high school, he and Logan stopped making videos and started focusing on wrestling and football. In 2013, Jake joined Vine and officially started his internet career.

In November 2016, Paul started dating American YouTuber Alissa Violet, but they broke up a few months later. In April 2018, he started dating American model Erika Costell, however, the two broke up in November of that year. In April 2019, Jake started dating Tana Mongeau and they got married in July 2019. However, it was reported that Paul and Mongeau had broken up in January 2020. Since then, Jake Paul has been dating Julia Rose, but there are speculations that the two broke up.

The Career of Jake Paul

Jake Paul began his career in September 2013, when he started posting videos on Vine. Vine was an app with 6-second long videos and was discontinued a few years later. That's why Jake launched his YouTube channel on May 15, 2014. His content is established from pranks, controversies and his rap music. His popularity grew enormously on YouTube, and he became one of the biggest YouTube stars of all times.

Paul was hired onto the Disney Channel series Bizaardwark, where he played a character named Dirk Mann. On July 22, 2017, while filming the second season, the Disney Channel announced that Paul would be leaving the series. The reason behind that was his problematic behaviour and controversy around his persona.

On May 30, 2017, Paul released the single named "It's Everyday Bro", and the song became viral. The video accumulated over 280 million views to this date. This song is not really loved, as it is the 14th most disliked video on YouTube with more than 5 million dislikes. After that, Jake Paul uploaded many music videos, including Malibu, My Teachers or Champion etc. Champion was a diss track towards Paul's boxing opponent Deji Olatunji, the younger brother of YouTube star and rapper KSI. Throughout the summer of 2018, Paul went on a tour within the United States, performing songs with Team10. In 2019, Paul released the single "I'm Single", where he sings about his feelings and break up with Erika Costell. In 2020, Paul uploaded the music video "Fresh Outta London".

On August 25, 2018, Jake Paul and his brother Logan Paul fought KSI and his younger brother, Deji Olatunji, in amateur matches. Paul Defeated Deji via technical knockout in the fifth round. On January 30, 2020, Jake Paul officially started his professional boxing career in a debut against fellow YouTuber AnEsonGib. The match was in Miami, and Paul won the fight via TKO at 2:18 in the first round. In July 2020, the match between Jake Paul and Nate Robinson was announced. The battle took place at the Dignity Health Sports Park in California on November 28, 2020. Paul won again via KO at 1:24 in the second round. On December 22, 2020, it was announced that Paul's third professional opponent would be former Bellator MMA and ONE Welterweight Champion Ben Askren. UFC president stated that he'd bet "$1 million that Paul loses to Askren". Paul responded with excitement and doubled the wager. Paul defeated Askren via TKO at 1:59 in round 1.

Throughout his career, Paul has become the subject of many controversies due to his behaviour. On January 3, 2018, Paul uploaded a video named "I lost my virginity", which used an inappropriate thumbnail of himself and his ex-girlfriend Erika Costell posing on top of each other. Critics such as Keemstar criticized it for being inappropriate for his younger audience. As a result, YouTube age-restricted the video. The thumbnail was later changed to the more appropriate one.

Paul was accused of scamming young followers and stealing their money in 2018. Jake started the website called Edfluence, a program to teach younger people how to be successful and earn money online. The course cost $7. However, the user did not unlock the whole program after payment but only received a few essential tips.

Paul threw a large party at his home in California in July 2020, despite the ongoing COVID-19 pandemic. Dozens of people attended without wearing face masks and maintaining social distancing. Later, Paul attracted further COVID-related controversy as he said that COVID-19 is a hoax and 98 % of news about COVID is fake.

On April 9, 2021, TikTok star Justine Paradise released a video about Jake Paul sexual assault. She alleged that Paul forced her into oral sex and touched her without her consent. He completely denied it. On April 22, 2021, model and actress Railey Lollie accused Jake Paul of groping her in 2017.

How many subscribers does Jake Paul have?

Jake Paul created his YouTube channel in September 2013. He reached his first milestone after 3 years, as he gained 1 million subscribers in December 2016. Jake's videos got the first 1 billion views on June 19, 2017.

As of today, Jake's channel has over 20,4 million subscribers and 6,5 billion views.

Jake Paul has a large number of followers among social media. For example, his Instagram account has 15,7 million and his TikTok 13,7 million followers.

How much does Jake Paul make a year? Net worth!

As of today, Jake Paul's net worth is estimated to be around $50 million.

If we look at his YouTube channel only, he gets an average of 1 million views per day. This should generate an estimated revenue of around $8,000 per day from ads in the video. Jake Paul makes about $3 million per year from YouTube only.

The Most Viewed Jake Paul Videos