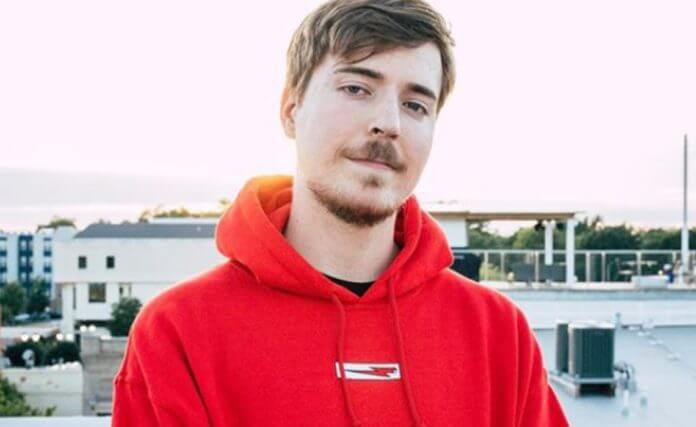 Jimmy Donaldson, known by his online pseudonym as MrBeast, is an American Youtuber, businessman and philanthropist. He was born on May 7, 1998. MrBeast is one of the wealthiest YouTubers out there. He is known for stunts as buying everything in a store, reading every word in the dictionary, doing or saying something thousands of times, challenges and more. He made his good name on YouTube by giving away more than a million dollars to strangers and friends. He is the founder of MrBeast Burger and the co-creator of Team Trees, which raised over $22 million. Donaldson is managed by talent management company Night Media. In 2016, MrBeast graduated from a private secondary school, Greenville Christian School.

Jimmy was born in America, in the state of Kansas. He was raised alongside his brother CJ in Greenville, North Carolina. He started uploading on YouTube in 2012, and after dropping out of college in 2016, he started his full-time career on YouTube. MrBeast went viral in 2017 because of his video "counting to 100,000". This video earned thousands of views in just a few days and has become popular ever since. Nowadays, each of his videos gains millions of views. Over time, his content is established from challenges, donation videos, original vlogging, and many more. Donaldson hired his childhood friends to help him run the growing brand, and his team is currently made up of 30 people. His channel grew up enormously over time, and MrBeast is the 13th most-subscribed channel with 61,5 million subscribers and 10,5 billion views.

MrBeast started his YouTube career with his first video ever in February 2012. He was 13 years old, his original nickname was "MrBeast6000". He uploaded Let's Plays, mainly focused on Call Of Duty and Minecraft, videos about other YouTubers, tips for new YouTube creators, and reacting to YouTube drama. His community started to grow up in 2015 due to his series of videos called "worst intros". By mid-2016, Donaldson had around 30,000 subscribers on his YouTube channel. Later that year, MrBeast dropped out of college and started his full-time career on YouTube. His family was troubled with him, his mother made him move out of his family home.

Jimmy posted a video of himself counting to 100,000. This video was almost 24 hours long and was published in January 2017. He said it took him 40 hours, but he speeded up some parts. MrBeast earned the title of "YouTube's biggest philanthropist", he had given out $1 million through his stunts by 2018.

MrBeast is known to be a big PewDiePie fan, and during competition to become the most-subscribed channel on YT between PewDiePie and T-Series in 2018, Donaldson bought billboards and ads to help PewDiePie gain more subs.

In April 2020, Jimmy streamed a competition between 32 influencers in rock, paper, scissors. The grand prize was $250,000, and at the time, it became YouTube's most-watched live Original event. In October 2020, MrBeast created another influencer tournament featuring 25 competitors and a grand prize of $300,000. This tournament peaked with 1 Million Concurrent Viewers, and the contest was ultimately won by the D'Amelio family.

In March 2021, Donaldson signed a deal with Jellysmack, which allows the company to exclusively manage the distribution of his video content on Snapchat and Facebook.

MrBeast has been called an early form of future creator-entrepreneurs. He released a one-time multiplayer mobile game titled "Finger on the App" in June 2020. It was developed in collaboration with Brooklyn-based art collective MSCHF. The purpose of this game was to hold a finger on the phone screen in the app, with the last person to take it off winning $25,000. In the end, four people won $20,000 each after keeping their finger on the app for over 70 hours. The game was so successful, they made a sequel called "Finger on the App 2" in March 2021. This time, the game featured a grand prize of $100,000.

MrBeast launched a virtual restaurant called MrBeast Burger in December 2020. Producer for the MrBeast channel, Will Hyde, said his team worked with Virtual Dining Concepts during the restaurant concept development. Donaldson is an investor of tech startup Backbone, he is also patterned with Creative Juice financial network to introduce Juice Funds. In April 2021, Jimmy became a long-term investor and partner of the Financial technology company Current.

How many subscribers does MrBeast have?

His channel grew up enormously over time, and MrBeast is the 13th most-subscribed channel with 61,5 million subscribers and 10,5 billion views. Donaldson has several other YouTube channels, including MrBeast Shorts and MrBeast gaming. His gaming channel reached 10 million subscribers in less than one year. If we count all his seven tracks, MrBeast has 95.87 million combined subscribers. He has 13.4 billion combined views across six of these channels (one of them has no uploads).

How much does MrBeast make a year? Net worth!

MrBeast has a net worth of $16 million. He is known for giving away large sums of money to friends or charity. He is considered the pioneer of philanthropic YouTube stunt videos. In 2020, Donaldson earned $24 million from his YouTube channel, sponsorships with brands like Microsoft and Electronic Arts, and merchandise sales. He spends up to $300,000 for the production of a single video.

Donaldson makes a minimum of $3 million per month from YouTube, according to SocialBlade. If we count everything together, MrBeast earns around $40 million per year. However, he is not keeping everything, he gives away large sums and his production costs millions as well.

The Most Viewed x Videos

MrBeast won all of these awards: