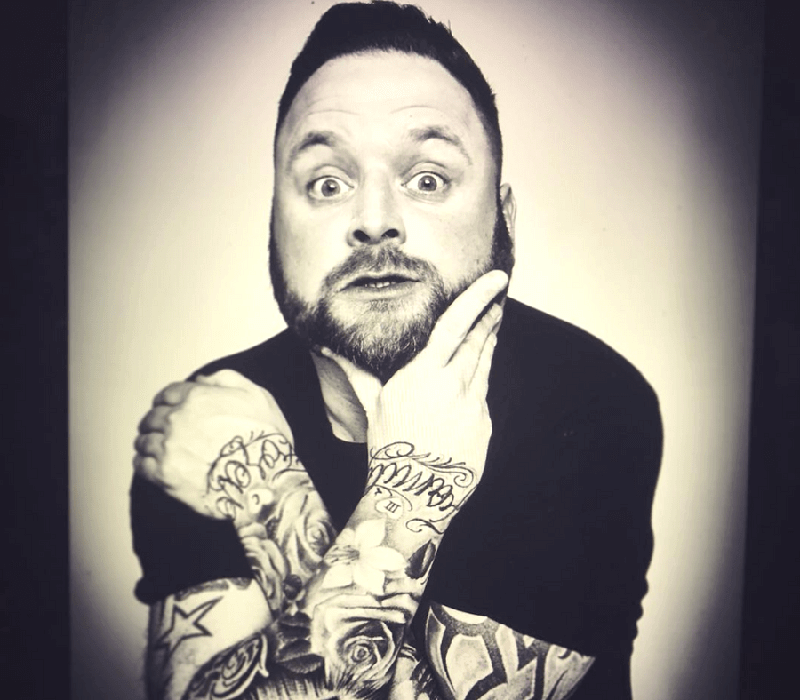 Arron’s full name is Arron Rodgers Crascall. He was born on April 10th, 1982 and is 39 years old. He is an English YouTube content creator, vlogger, and comedian who works part-time as a DJ and stand-up comedian. Arron lives in Dover, a town in Southeast England.

Crascall labelled himself as an avid collector of seashells and stamps. His favourite music genre is Bavarian accordion music, and his favourite tune is the Birdy Song.

Arron started his career on an app called Vine. This app is no longer functional. Back then, he had almost 500,000 followers on Vine and started posting compilations of his most famous vines on YouTube. When Vine closed in 2016, Crascall fully transitioned to Instagram and YouTube. After moving to YouTube, he adjusted his content to fit more YouTube algorithms, started doing his videos longer and branched into vlogs.

Arron started doing videos when he was 28 years old and slowly evolved into what he is now, instead of snowballing his way all the way to the top. Arron Crascall lived with his family and worked in William Hill. In his free time, he created these six seconds short videos.

Crascall started posting his short, relatable sketches on Snapchat. His friends and family liked the videos, but Snapchat kept these videos only for a short period of time.

Arron swapped Snapchat for Facebook and started posting his sketches there. He amassed over 10,000 people, which is not bad but is nowhere close to now.

You might think things changed when Arron switched to Vine, but you couldn’t be more wrong. He posted his sketches on Vine, and people knew about him, but something was missing.

Arron’s career picked up a completely different pace when he discovered the missing ingredient. “I think the video that started it all was that I went out into Morrisons and did this sketch about chocolate spread being out of stock.” In this video, Arron does a very loud “Oh no”, and you can see the old lady in the background jump in the air.

Arron Crascall approached this sudden change of pace very responsibly. He knew his following videos were gonna decide the future of his content. “I’m going to keep this family-friendly, no swearing, and I’m going to make sure the jokes are always on me.”

By the end of 2014, Arron got over 250,000 followers on Vine. He would probably get much more followers, but Vine started slowly dying. This fortunate turn of events pushed Arron back to Facebook, where Crascall already established his fanbase. By the end of 2015, he had millions of fans.

How much does Arron Crascall make a month? Net worth!

To really understand how much Arron Crascall could make per month, we need to do a quick number run down. Arron has almost 1,000,000 subscribers on YouTube, 4,500,000 followers on Instagram and over 9,000,000 followers on Facebook.

How much Arron makes monthly really depends if he posts the right clip at the right time. The month that one of his videos goes viral is where his monthly income spikes.

In 2020 Arron signed a deal with Dominoes and Walkers. Crascall also exposed on Celebrity Coach Trip a new TV project on the horizon. Still, he doesn’t want to spoil anything yet.