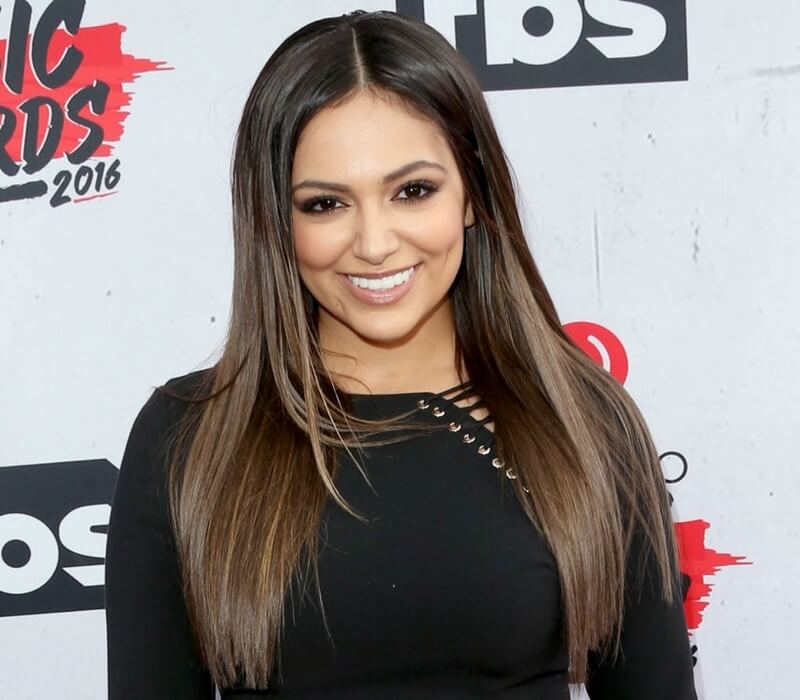 Bethany Noel Mota is a video blogger from America known for her haul videos, in which she shows her clothing purchases from the internet stores. Nowadays, her content consists of outfit creations, makeup and hair tutorials, recipes and DIY ideas. She decided to branch out of her YouTube career only, and she started her own fashion line at Aéropostale and even released her own music singles! She proved herself as a great dancer when she appeared in the 19th season of the competition Dancing with the Stars.

Who is Bethany Mota?

Bethany was born on November 7, 1995, in Merced County, California. Her father, Tony Mota, and mother, Tammy, are not originally from the USA, Mota has Mexican and Portuguese descendants. She has an older sister Brittany Mota, who is 5 years older, she often appears in Bethany's YouTube videos, and Brittany pursues her own YouTube and social media career as well.

The family lived in Los Banos, California, and Bethany was homeschooled almost whole her life except attending public school from third to sixth grade. Bethany loves dancing and acting, and she devoted a lot of her free time to these hobbies.

Mota is dating Dominic Sandoval, aka D-Trix, since 2016. They met on the set of the dance reality show, Dancing With the Stars. At first, they tried to keep their relationship private as they didn't want to stress themselves out with the public pressure. They decided to go steady in front of everyone on Valentine's Day when Bethany posted a pic on Instagram hugging Dominic. Sandoval is YouTuber and dancer as well, so they share similar hobbies. They often collaborate with each other on their YouTube channels. Maybe there are some wedding bells in the distance, but who knows….

Bethany joined YouTube on June 8, 2009, under the nickname MacBarbie07 and started posting her haul videos. In these videos, she showed her purchases via the internet. Later, Bethany began posting outfit and DIYS videos and even makeup and hair tutorials. At first, YouTube was her escape from the reality of bullying, and soon she became the typical beauty and fashion video blogger with a lot of passion, positivity and inspiration. She was one of the biggest beauty YouTubers back in 2015 when she hit 9,5 million in October that year.

As her channel got bigger and bigger, she started to receive offers to promote products and brands. Bethany always stays open to her fans, as she clearly says what products she received for free in every single video. Mota wanted to endow her "Mota-vators", a nickname for her fans, and she began doing giveaways, which also helped to increase the number of her subscribers.

Her "professional" fashion career started in December 2013, when she launched her own clothing, perfume and accessories line at Aéropostale, on which she partnered with Forever 21 and J. C. Penney. Bethany respects her community a lot, and she communicates with them about new fashion ideas. Every new collection is always announced first via Bethany's social sites, and this cooperation is going well during all these years as they are still launching something new until today.

If we look closely at Mota's operating in the music industry, she released her first single called "Need You Right Now" in October 2014. This song was #30 in the Danish top 40 record chart "Tracklisten". The official music video for this song was posted on the channel of the producer-vocalist, Mike Tompkins, in February 2015. Bethany made a cover for Jessie J's song "Flashlight" in June 2015, and this music video gained over 24 million views. Her next debut single, "Be Who You Wanna Be", was uploaded on her YouTube channel in August 2015. Since then, Mota didn't really spice her career up.

Bethany finally showed her dancing skills when she took part as a competitor on Dancing with the Stars - season 19. Her dancing partner was five-time champion, Derek Hough. They were brilliant and reached the final stage of the competition, but they were eliminated and finished in 4th place. Mota published her first book in 2016, a memoir called "Make Your Mind Up: My Guide to Finding Your Own Style, Life, and Motavation!".

How many subscribers does Bethany Mota have?

How much does Bethany Make make a year? Net worth!

As of 2021, Bethany's net worth is estimated to be around $5 million.
Let's look closely at her YouTube revenue. Mota earns about $40,000 per month, making approximately $500,000 a year from YouTube ads. YouTube is not her only source of income, Bethany has various sponsorship deals, her own clothing line and more. If we count everything together, Bethany Mota makes around $700,000 per year.

The Most Viewed Bethany Mota Videos