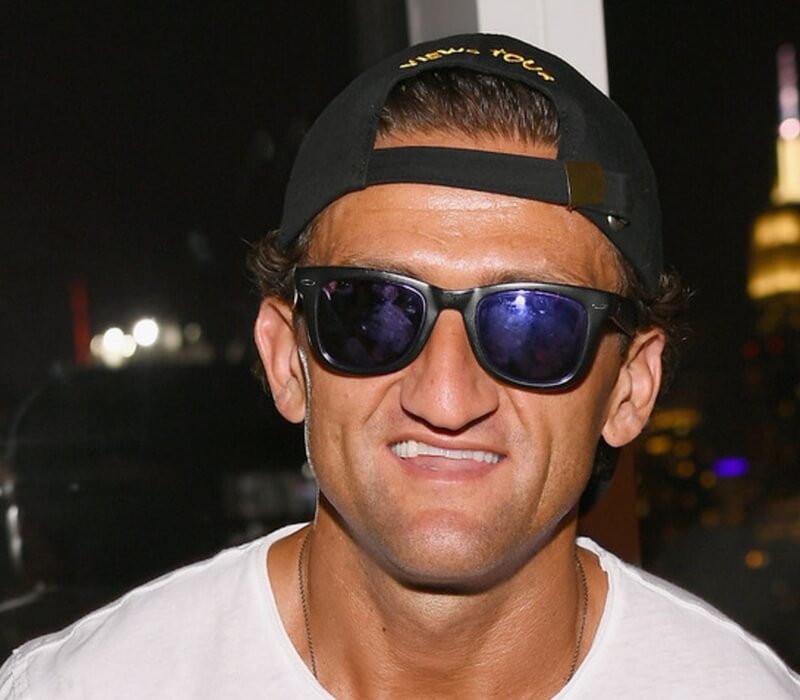 Casey Owen Neistat is a YouTuber and filmmaker best known for his vlogs. He is co-founder of the company Beme, the multimedia company that he later sold to CNN. Casey also founded 368 in 2018, a creative space for content creators to collaborate and influence each other.

His YouTube content is unique for its incredible video quality, as Casey has a true sixth sense for filmmaking. He even directed many TV commercials for huge brands such as Nike, Mercedes-Benz, Google, Samsung and more. Neistat is also known for his inspirational and motivational speeches, opening up to his community completely with ups and downs in his life.

Who is Casey Neistat?

Casey was born on March 25, 1981, in Gales Ferry, Connecticut. His family raised him in Reform Judaism. Neistat dropped out of high school at the age of 17, and he never came back. He became a father in the same year, in 1998, when his ex-girlfriend Robin Harris gave birth to his son named Owen. The family lived together in a trailer park, and Casey worked as a dishwasher at a seafood restaurant, and he was a cook in Mystic, Connecticut.

After a breakup with Harris, Neistat decided to move to New York City, where he started his filmmaking career. Everything began in 2001 when he cooperated with an artist Tom Sachs, and they made together a series of films about the artist's sculptures and installations. Casey first gained attention from the public in 2003 when he posted a short film titled "iPod's Dirty Secret". In this three-minute-long video, Casey criticized Apple for not having a battery replacement program for iPods. This video was a massive success as it got national media attention. As a result, Apple announced a battery replacement policy and also extended the iPod warranty program in November 2003.

One year later, in 2004, Neistat produced a film series "Science Experiments" alongside his brother Van Neistat. This 15-minute series documenting various experiments was popular and successful as it was featured at Creative Time's program. However, the biggest Casey's filmmaking hit was born in 2008. It was an eight-episode series called "The Neistat Brothers". The series was purchased by HBO for just under $2 million and showed short stories about the brothers' lives.

Neistat started dating Candice Pool in 2005. They were in an on-and-off relationship, and they finally got engaged on February 18, 2013. Casey and Candice got married in December 2013. They had a Jewish wedding in Cape Town, South Africa. They have two daughters, Francine and Georgie.

Casey uploaded his first video on YouTube in February 2010. This video was educational as it shows how and when to use the emergency brake cord on trains in the New York City Subway. He uploaded few videos, such as his video about the site Chatroulette. Casey explained what the site is about, how it works and why are people using it. He did various experiments. For example, he found out that people on Chatroulette more likely talk to a woman, Neistat was skipped by 95% of people, his female friend only by 5%.

Neistat uploaded his next very famous video in June 2011. In this video, he criticized NYPD for ticketing cyclists in New York for riding outside of the marked bike lanes. As a response, New York Magazine called Neistat "Bike-Lane Vigilante" in one of their articles. The video was number 8 on Time's list of Top 10 Creative Videos of 2011.

Casey Neistat started his era of daily vlogging on YouTube on March 26, 2015. His vlogs are unique because of their style and content. Casey is known for his motivational and inspirational speeches during his vlogs. He posted his vlog number 300 on January 19, 2016. He took a break from vlogging between November 2016 and March 2017 to focus more on his filmmaking content.

Casey worked with huge clients such as Samsung, Nike, Google, Finn Jewelry or Mercedes-Benz. Neistat wrote, directed and starred in the video for Nike called "Make It Count". This video, uploaded in April 2012, is about Neistat and his friend travelling the world with inspirational quotes until they ran out of money from Nike. This video was a massive success as it went viral overnight, and the video was highly publicly praised.

In one of his vlogs in July 2015, Neistat announced his new video-sharing app called Beme. He worked on this app with Matt Hackett. One year later, CNN acquired the Beme company for $25 million. In April 2018, Neistat announced a new project called 368. It is a creative space for creators to collaborate and influence each other.

Neistat ran his own podcast called "Couples Therapy". This series had 20 episodes and starred from May 4, 2018, to April 15, 2019. This show was all about Casey and his wife Candice, they discussed details about their relationship, marriage, friendship, parenting and publicity thanks to YouTube.

How many subscribers does Casey Neistat have?

How much does Casey Neistat make a year? Net worth!

As of today, Casey Neistat's net worth is estimated to be $16 million.

YouTube is one of his primary sources of income, his channel gets around 250,000 views per day. This generates an estimated revenue of $2,000 a day, which means Casey Neistat makes approximately $730,000 a year just from YouTube ads. Casey has other earnings, for example, as a director for TV commercials for clients like Samsung, Nike, Google, Mercedes Benz and more.

The Most Viewed Casey Neistat Videos

Casey Neistat won all of these awards: