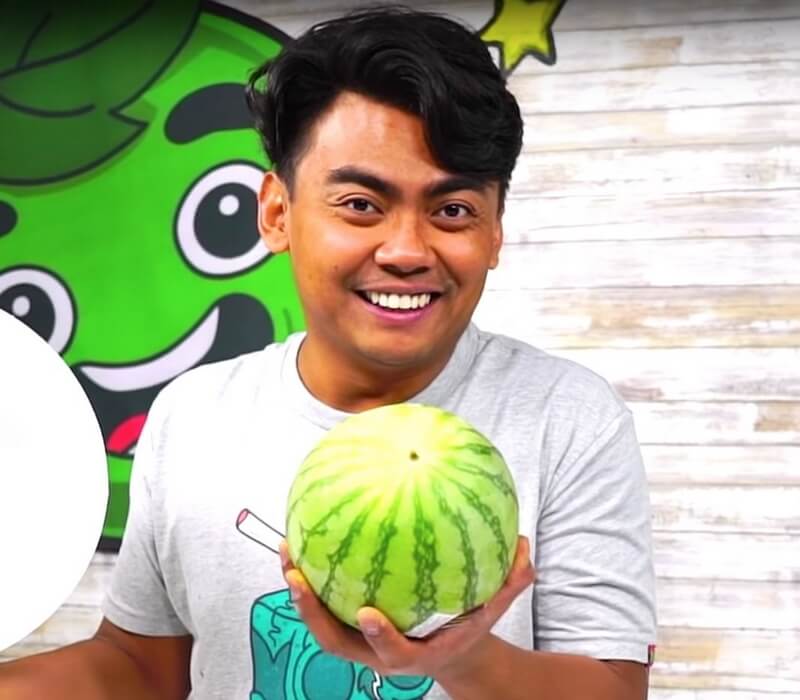 Roi Fabito, better known under his pseudonym as Guava Juice or Roi Wassabi, is a Filipino-American Youtuber. He is best known for his challenge videos, vlogs, DIYs and experiments. Guava Juice was a member of the channel Wassabi Production along with his best friend, Alex Wassabi. Roi later left Wassabi Production to pursue his own career and YouTube channel Guava Juice. He is now one of the most popular YouTube channels globally, with more than 16,7 million subscribers.

Who is Guava Juice?

Fabito was born on August 21 1991, in Dagupan City, Pangasinan, Philippines. He moved with his family to Durham, North Carolina, the USA, at the age of 2. His mother, Grace Fabito, worked as a nurse at Duke hospital, and his dad, Allan Fabito, stayed at home and took care of Roi and his two younger brothers Reymound and Russel. His parents had financial problems, so they decided to move their children back to the Philippines in 1999. In the Philippines, their relatives and grandparents took care of them temporarily for two years. In 2000, Roi's mom gave birth to Ariel, who is the only Roi's sister. In 2001, Roi and his siblings went back to the USA and finally met their new sister. They all continue their lives there until today.

Fabito's beginnings at school were difficult as he had problems with the English language. His parents signed him up for the English as a Second Language program, which helped him a lot to speak and write English properly. He described himself as a very shy and timid child until middle school, where he participated in various activities and became more communicative. After graduating from high school, Fabito attended Technical Community College in Durham. After 8 months, he transferred to NC State University, where he studied Computer engineering. Later he changed his mind and switched to Computer Science. Even after this change, Roi wasn't satisfied and finally changed to Film Studies and graduated and successfully got his degree.

Roi Fabito started uploading on YouTube one year after its release, in 2006. He often filmed funny videos along with his friends Alex, Drew, Jeff and Marvin. They started uploading videos on YouTube so they could share their videos with family and friends. But the videos attracted the public, and their videos were getting a lot of views worldwide. Later they renamed their channel to Wassabi Productions, and as time passed by, only Roi and Alex continued to film videos. They created funny lip-sync and dance videos, for example, videos such as Best Friend or Tarzan and Jane. However, their most viral video was a parody video for a music single by Carly Rae Jepsen, "Call Me Maybe". This video became popular, and the channel's number of subscribers rapidly increased.

Roi wished to pursue his dreams, and that's why he left Wassabi Productions in January 2016. He wanted to focus on his own channel and started doing gaming videos. However, after a short period of time, he decided that gaming isn't his style. His channel Guava Juice was created in 2006, but he is active on this channel since 2016. The channel content consists of challenges, experiments, DIYs, pranks and more. Fabito did many challenges on his channel, some of them are very popular with more than 10 million views. Most of his challenges are "bath challenges", such as Extreme Ice Bath Challenge, Orbeez Bath Challenge, slime Bath Challenge, Jello Bath Challenge etc.

Guava Juice launched his own brand Guava Toys, in 2018. This brand offers toys for kids, especially slimes and DIY activity sets. Product offerings include, for example, DIY Bath Bomb kit, Big Bucket of DIY slime, Edible Pancake Art Kit, Premade Slime Packs, and Slime Fun Guns. These toys can still be bought on Amazon and Target. However, the official website by Guava Juice is shut down.

How many subscribers does Guava Juice have?

As of today, Guava Juice has more than 16,7 million subscribers and over 8 billion total views on his YouTube channel. She uploaded more than 1600 videos in total in 5 years because he is uploading 2 videos almost every day.

How much does Guava Juice make a year? Net worth!

Guava Juice has a busy uploading schedule as he uploads 2 videos almost every day. His channels get an average of 2 million views every day in total. This should generate an estimated revenue of around $5,5 million per year from ads in the video. Although Roi earns much more because of his various sources of income, he makes a lot of money through merchandise, his brand Guava Toys, paid promotions and sponsorships. He has sponsorship deals with huge brands like Grossery Gang, Pixy Stix etc.

The Most Viewed Guava Juice Videos

The Most Viewed Wassabi Production Videos