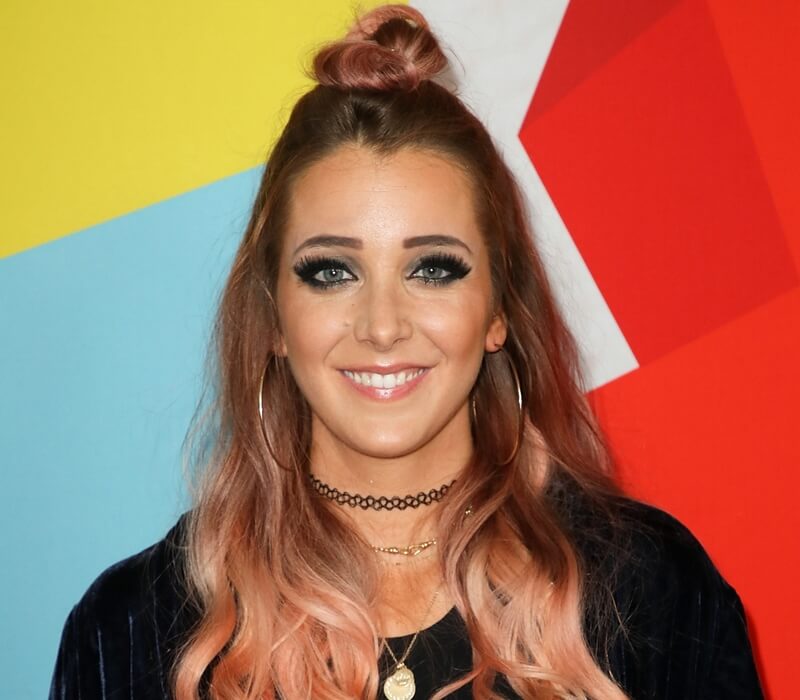 Jenna Marbles is surprisingly not the real name of this famous YouTuber, her actual name is Jenna Nicole Mourey. Jenna is YouTuber from the USA known for her satire, parodies and comedy sketches. She was titled "The Woman With One Billion Clicks" and unofficial queen of YouTube in 2013 by The New York Times.

Jenna left YouTube in 2020, but she is still one of the most prominent YouTubers in the world. In fact, she is the second biggest female YouTuber, just behind Mexican YouTuber YUYA with over 20 million subscribers.

Who is Jenna Marbles?

Mourey was born on September 15, 1986, in Rochester, New York. Jenna was raised primarily by her mother Deborah because her parents divorced. She has an older brother named Devin. They both appeared in some of her videos. Mourey loves sports, she was part of the university football team. She moved to Boston to attend Suffolk University there. Jenna earned a Bachelor of Science in psychology. Later she obtained a Master of Education in sport psychology and counselling at Boston University.

Before her YouTube career, Jenna lived in Cambridge, Massachusetts, in 2010. Marbles had to pay her $800 rent, so she had multiple part-time jobs, including bartending, working at a tanning salon, blogging and even go-go dancing at nightclubs. Jenna herself described her life at that time as a "hot mess".

Jenna is dating Julien Solomita since 2013. Julien is from Northern California, and he has two siblings. Solomita wanted to be a professional baseball player, he attended Chapman University in 2010. However, Julien had a severe injury during his freshman year of college, and he had to give up on his baseball dream. Julien met Jenna at the L.A. bar, where he worked. They bought a house together in 2018. And finally, in 2021, the couple got engaged in February 2021! They revealed it on the Twitch stream in April 2021.

The very first video from Jenna was uploaded on February 13, 2008, on her channel under her real name, "Jenna Mourney". The video was a twenty-second long vlog of Itchy, one of her ex-boyfriend's dog titled "Itchy says I love you".

Her YouTube career really started two years later, in February 2010, when she created her second YouTube account, "Jenna Marbles". She chose to use a pseudonym and not the actual name because her mom told her to. Her mom Deborah was looking for a job at the time, and the google top results when searching "Mourey" were Jenna's videos. She released her most viewed video, "How To Trick People Into Thinking You're Good Looking", and this video became a YouTube boom as more than 5,3 million people viewed it in the first week. Her videos almost immediately became viral, and her channel quickly became popular. Thanks to the success, Jenna quitted her jobs and started to focus on her videos full-time. Jenna uploaded a video, "How To Avoid Talking To People You Don't Want To Talk To", in August 2011, and this video appeared in The New York Times and ABC News.

Mourey appeared in various internet shows such as The Annoying Orange, Ridiculousness, Smosh: The Movie, and she played Eve in the Epic Rap Battles of history. Jenna Marbles and her boyfriend Julien Solomita started their podcast YouTube channel together named "Jenna Julien" in 2014. They uploaded an episode every week in which they spoke about different topics. Jenna has her own wax figure at Madame Tussauds New York since 2015. She was the first YouTube personality to have her own wax figure displayed at Madame Tussauds. In 2016, Jenna Marbles became an executive producer for a film based on James Patterson's series of novels Maximum Ride.

Jenna was accused of racism and blackface because Mourey pretended to be Nicki Minaj while having a dark tan in one of her old videos. Jenna Marbles made an apology video on June 25, 2020, stating that she never wanted to hurt or offend anyone, and she is leaving YouTube indefinitely. Later, Mourey's boyfriend Julien announced that they are closing their joint podcast as well. And this was the end of one of the biggest YouTube stars in the world, Jenna Marbles. Even though she is not active anymore, Jenna Marbles will always be considered one of the most famous YouTube pioneers.

How many subscribers does Jenna Marbles have?

Her podcast channel with her boyfriend Julien named "Jenna Julien" has almost 1 million subscribers, and every episode has around 500k views. Jenna Marbles has a huge Instagram account with more than 6,2 million followers. However, she is inactive on that account as well, as she decided to almost absolutely disappear from the spotlight in 2020.

How much does Jenna Marbles make a year? Net worth!

Jenna Marbles's estimated net worth is established to be $14 million, as she was making her YouTube career for long 10 years in total.

The Most Viewed Jenna Marbles Videos

Jenna Marbles won all of these awards: