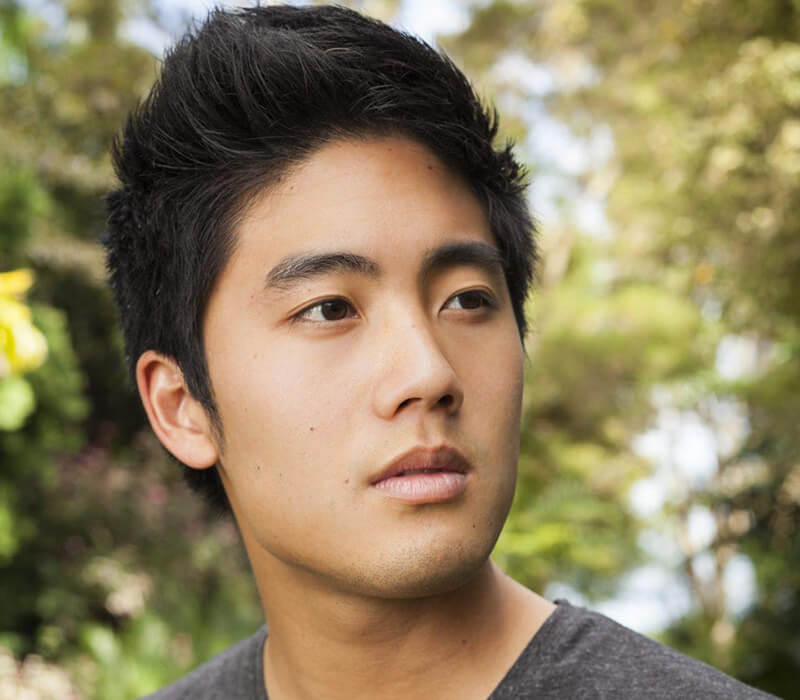 Who is Ryan Higa?

Ryan Higa, also known as nigahiga, was born on June 6th, 1990. Ryan grew up in Hilo, Hawaii, USA. He is of Okinawan (East Asian) descent and was born to parents Wendell and Luci Higa. Ryan also has an older brother Kyle Higa.

After his graduation, Ryan moved to Las Vegas and studied nuclear medicine at the University of Nevada. He didn’t finish his studies and dropped to create online videos.

Ryan Higa, aka nigahiga, is an internet personality. He is known for his comedy content on YouTube. Ryan was there in the early days of YouTube, posting videos in early 2006 and was one of the greatest content creators on the platform.

Nigahiga was the most popular channel on YouTube for almost 700 days between 2009-2011. This achievement was surpassed by only one person, the YouTube superstar himself, PewDiePie.

Ryan Higa also holds the achievement of being the first content creator that reached 2 million and 3 million subscribers.

It’s kinda crazy to imagine Ryan doing something else these days, but he always wanted to be a doctor. He got to YouTube when he was just goofing around with his friend but took the opportunity and made something bigger.

Ryan never shared any regrets he didn’t become a doctor. He is happy with what he has become. Ryan shared that he faced racism during his school days. Because of that, he remains reserved for any kind of criticism. He takes all kinds of criticism positively and believes that one should not let criticism be a detractor.

Luci Higa, Ryan’s mother, works as his manager from the bare start.

Ryan Higa used to be in a relationship with Tarynn Nago since 2006, but the couple broke up in 2010.

The career of Ryan Higa

Ryan started posting videos at the very beginning of YouTube. His first video was of him lip-syncing a song by Freddie Mercury which the video was called “The Great Pretender.” Some honourable mentions are “Mind Geek”, where Ryan and Sean do different “magic” tricks, including forcing a garage door up and down or creating a fire or first video in his “How to be …” series called “How to be a ninja”. This series included tips on how to be different characters like nerd, ninja or gangster and became top-rated amongst his videos.

Ryan never planned to become this huge on the platform. He started creating these various goofy videos to amuse his friends and family. These videos caught the eye of the general audience, and people posted a lot of encouraging comments. Ryan realized the reach of YouTube and started posting more often.

When YouTube started growing rapidly, it started introducing the concept of monetization and also new rules. This affected many content creators, including Ryan Higa.

In 2008, Ryan’s two most popular videos, “How to be Emo” and “How to be a Gangster”, were removed from his channel due to copyright violations. Both of these videos returned on the channel in August 2009 for a few days only to be removed once again, along with “How to be Ninja” and “How to be Nerd”. All these four videos made their comeback in Spring 2010.

Another major complication happened on January 21st, 2009. YouTube temporarily deactivated “Nigahiga” and demanded all the videos with copyrighted music to be removed. That meant most of Ryan’s lip-syncing videos. This was a major hit for the channel, but Ryan took it as a lesson and started composing his own music for his future videos.

Even though Nigahiga went through all of these major setbacks, it became the first channel on YouTube to reach 3 million subscribers.

Ryan and Sean started Nigahiga together, and Sean stars in the majority of Ryan’s videos, and they have known each other since they were 4 and 5 years old.

In 2008, Richard Van Vleet offered to this duo their first feature-length movie. “Ryan and Sean’s Not So Excellent Adventure” was released on November 14th, 2008, and it sold out in theatres in California and Hawaii.

“Ryan and Sean’s Not So Excellent Adventure” is about a movie producer who is hitting rock bottom played by Michael Buckley. He is about to be fired and needs to make a hit movie in 30 days. He decides on Higa and Fujiyoshi after finding out about their popularity on YouTube. He invites them to Hollywood to shoot a movie. They accept his offer and run into some amusing situations on their way.

After a really long absence, Ryan stated that Sean is moving on to different things, including mostly university. Sean had no longer time to star on the Nigahiga channel, and he was missed by the whole fanbase. He made his return in March 2013 in “The Ryan Higa Show - Sean.” Sean was back with his crew between 2015 and 2018.

Sean Fujiyoshi officially moved to California with his girlfriend (now wife) and no longer appeared in Ryan’s videos. Many fans had compared this event to when Anthony Padilla left Smosh in the previous year.

Ryan Higa is not only a talented content creator. In 2016, Ryan created a K-pop band along with Jung Sung Ahn, Justin Chon, Philip Wang and David Choi. “Boys Generally Asian” started as a half-joke parodying the all-female band Girls Generation.

BgA created their first song “Dong Saya Dae”. This song got over 16 million views on YouTube, featured joke lyrics and was basically a parody of all K-pop songs. It peaked as a no. 2 on the official iTunes K-pop chart. BGA released their second song in 2017. “Who’s It Gonna Be” was still a parody, but it was trying to play on a more serious note. This song was doing even better and reached no. 1 on the K-pop charts.

In 2015, Ryan started dating Arden Cho, one of the “Agents of Secret Stuff” co-star. This fact was revealed in the 4th episode of his podcast “Off The Pill” and confirmed later in his video “Revealing My Not-So-Secret Gf”. This couple also stated that the photos and videos they posted together in February 2019 were from Valentine’s Day.

Ryan uploaded a video, “My Midlife Crisis”. In this video, he explained that he and Arden had mutually broken up sometime before he created this video.

How much does Ryan Higa earn on YouTube? Net-worth!

So how did Ryan Higa reach $10,000,000 net worth? Well, he was there from the dark times of YouTube where it wasn’t that popular and worked hard to get where he is now.

He created a massive fanbase of more than 20 million subscribers on his main channel Nigahiga, posted over 400 videos and accumulated more than 4 billion views.

Ryan created another channel called HigaTV which currently has over 4 million subscribers, and posted 650 videos. His videos get around 300,000 views per day on all of his content altogether.

Ryan Higa should be generating around $2,000 per day from YouTube. This number might seem huge, but it’s only a small fraction of Ryan’s earnings. He gets money from advertising brands like Lenovo and also launched a mobile app Teehee (which is no longer available).

Ryan Higa’s as a writer

Ryan Higa spent 2017 making a considerable amount of money by converting his comedy skills into a more literal form. He created a “How to Write Good”, which capitalized on the popularity he gained in the past 10 years. Pleasing his existing fans and pulling in quite a few new ones to boot.

Ryan’s wealth also consists of raking his official store Giant_Hugs. He also has his own brand of energy drinks. The store pulls in the punters with its extensive range of Higa branded t-shirts, hoodies, and beanies.