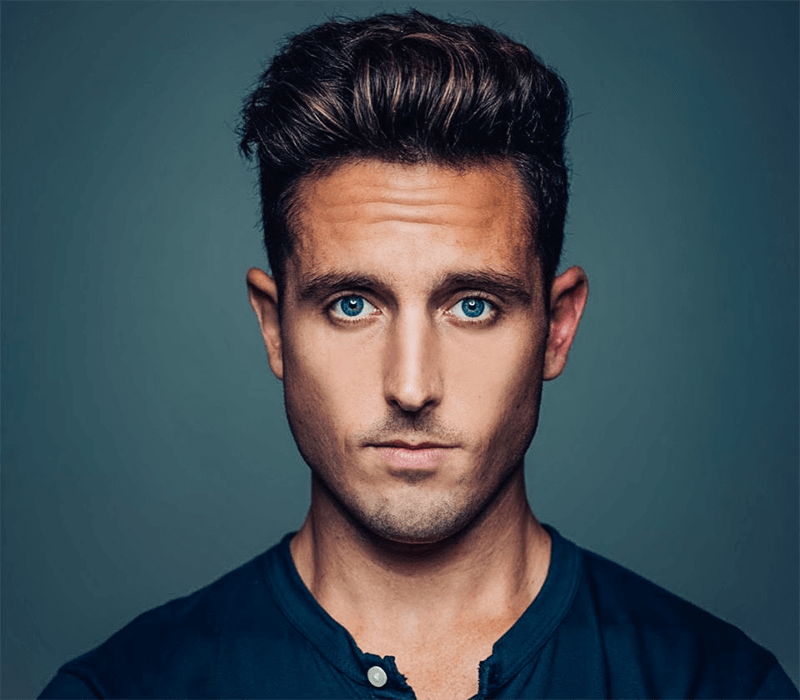 Who is Sawyer Hartman?

“Just remember to have fun. Seriously, it’s not any better at the top.”

Internet personality Sawyer Joseph James Hartman was born on May 4th, 1990. He is an American vlogger, scriptwriter, photographer and YouTube filmmaker.

Sawyer was born and raised in Atlanta, Georgia. He lived with both parents Jim Hartman and Karen Hartman, till the age of 7. Hartman’s parents divorced, and he barely saw his father after that. Still, both of his parents remained very supportive of his dreams.

His mother gave him an old camera at the age of 10. Sawyer went to a Yellowstone national park with it and has remained hooked on photography since then.

Sawyer is very close with his grandmother. She moved to their house after the divorce and was a great help to this family.

The early life of Sawyer Hartman

Sawyer discovered his passion at a very young age. He liked to entertain people, dress up as different characters and entertain his family.

Hartman dropped out of college and moved to Hollywood to chase his career as an actor. He lived with a fellow YouTuber, Joey Graceffa until Graceffa moved out in April 2014. He remained close with his childhood friend Matt Onofrey to this day.

Sawyer lived in Hollywood with his Pomeranian dog, Hitch, in LA, till July 2019. They moved with his girlfriend, Angelique, to Hawaii with their 2 dogs.

Sawyer’s career started after he left college. It wasn’t an easy task, and he ran into some issues along the way. Hartman himself claims that his first project where he played every character looked like “Nutty Professor” but with a 12 dollars budget. He realized he felt much better behind the camera than in front of it.

Things took a turn when he stumbled upon YouTube and realized he had a passion for recording and photography. He got introduced to YouTube by his former girlfriend Blair Fowler, who was also a YouTube content creator.

His self-titled channel was created on November 29th, 2010.

Hartman also discovered his real passion. He wanted to be a director and started working with other YouTube content creators.

Sawyer claims that travelling never really came to his mind. It all started after his first feature with Brian Grazer and Ron Howard. He spent 13 months on this one project and lived in a Louisiana motel for 6 months.

Sawyer directed his first short film, “Welcome to Tokyo”, in 2014, which was a hit and put him into people’s minds. Hartman directed his second film in 2015, “The Parallax Theory”, which was Sci-fi and remains his most famous short film to this day. The whole idea behind this movie left everyone wondering “on whether humans are a doomed species”.

He collaborated with Tyler Oakley in his popular Ask Sawyer series and released a “Drunk Spelling Bee” video.

One of his most-viewed videos on YouTube is titled “4k Hawaii Drone Footage”. This project was posted on YouTube on May 3rd, 2016 and reached a whopping 7 million views. The film titled “The Great Wall of China in 4k – DJI Phantom 4” has accumulated almost 6 million views.

Before Sawyer became an internet personality, he dated Blair Fowler. She is a YouTube star that introduced him to YouTube and encouraged him to create his own channel. Blair supported Sawyer to produce his own content, and they remained friends even after they broke up.

Sawyer is currently married to actress Angelique Cooper. They now live with their two dogs in Hawaii and keep posting videos and vlogs about their travels and vacations.

Angelique and Sawyer actually met at a house party. Neither of them is a party-type, but they were convinced by their friends to get out for at least one night. Sawyer couldn’t take his eyes from Angelique and ask his friends to introduce him. He gave her his number, but she never texted him, so Sawyer showed up at a friend’s house where she hung out.

The deal-breaker was when Sawyer won the attention of her dog, and it just snowballed from there. Angelique became a part of his daily life, and he posts videos with them both enjoying their travels.

How much does Sawyer Hartman earn? Net worth!

The estimated net worth of Sawyer Hartman is guessed to be around $1,500,000. Sawyer is a YouTube superstar with his name on the top of YouTube charts, but his income doesn’t come only from YouTube. With almost 2 million subscribers, he gets a lot of income from ad revenues, but most of his money comes from different sponsorships.

It’s not easy to impress Sawyer, and he cherry-picks brands to collaborate with him. He always questions them and tries to determine if they can contribute to his content and push it further. “Does partnering with this company or service allow me to create content for my viewers that I wouldn’t otherwise be able to capture?” is the main question he always asks himself.

A quick social media numbers run-down should give you a decent idea about Sawyers’ reach in the online world. Instagram @sawyerhartman and his Twitter gathered over 700,000 followers each. His Facebook account impressed over 500,000 people that watch his travelling vlogs. Sawyer Hartman YouTube channel has 2,000,000 subscribers, with some of the videos having over 7 million views.