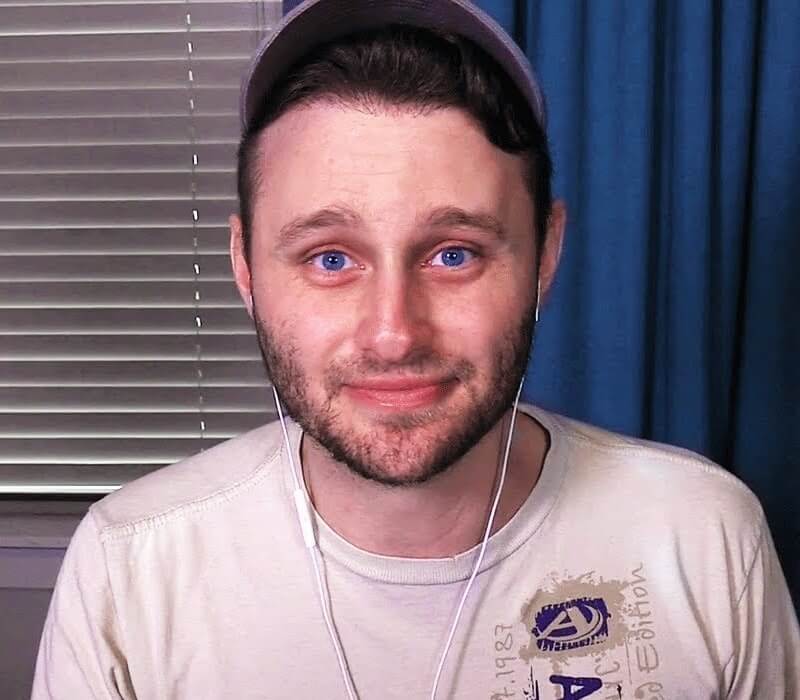 Ian Marcus Stapleton, better known under the pseudonym SSundee, is a gaming YouTuber from the USA. SSundee uploads gaming content every day to his channel since 2010 with some necessary breaks. He loves games like Minecraft, Call of Duty, League of Legends Among Us and more. Ssundee currently has more than seventeen million subscribers on his YouTube channel.

Ian was born on December 2, 1987, in Michigan. He has African and Irish ancestry. His parents moved him to several places in the USA during his childhood. They moved to Louisiana when he was 8, and at the age o 16, they moved to Virginia. When he turned 18 years old, he decided to move to South Carolina and lived there for over 11 years.

As a young adult, SSundee joined the air force and he loved to serve in the military. Ian was uploading videos on YouTube while he was serving at the military branch. He left the army in February 2013. He made a vlog video talking about this occasion, he decided to pursue his YouTube career.

Ian married his long time girlfriend, Madelyn Joi, in 2006, and after that, their first son, Colton, was born. The couple had some serious relationship issues, and they divorced soon after the birth of their son. They remarried in 2014 and separated again in 2017. Later the pair came back together again, and in November 2019, they had a second son named Simoen Luke. Their relationship is stable since then, and Ian has said that they are doing much better since the birth of their second son.

Ssundee started his YouTube career on November 27 2009, when he created his YouTube channel. His first video was posted more than one year later, on September 24 2010. The video was the gameplay of Minecraft titled “Minecraft Rollercoaster! w/ SSundee”. On February 28 2013, Ian introduced his alter-ego Derp Ssundee in a video called “Minecraft Mods - Corruption Dimension Mod - Mobs, Boss, Items”.

Stapleton joined Minecraft gaming group Team Crafted in 2013. Thanks to that, Ssundee gained a massive amount of new followers and subscribers and became one of the most successfull Minecraft YouTubers in the world. In August 2013, Ssundee surpassed the milestone of 1 million subscribers. Ian decided to leave Team Crafted for unknown reasons.

Ian collaborated with fellow YouTuber Lanceypooh in November 2013. They uploaded the video “Minecraft SuperCraft Brost 45”. After that, they started making more videos together and even started their own joint Minecraft series. Fans began to call them Landee, and when Ssundee used his alter-ego Derp Ssundee, Lanceypooh used his own alter-ego, Eddy.

Lancey and Ian became friends, and they met in person in March 2014. However, something happened, and they stopped creating videos together, and they were in a fight for a long time. In 2020, Lancey uploaded a video in which he said they stopped recording together because they had wrong information at the time and are no longer fighting. During these collaborations, Ssundee gained 2 million subscribers.

After a “breakup” with Lanceypooh, Ssundee started collaborating with small YouTuber Crainer. They received a lot of hate at first when they began a series called “SkyFactory”. His community got used to them over time, and the series was popular. Ssundee hit the milestone of 3 million subscribers by the end of 2014.

Stapleton took hiatus from YouTube for almost four months, from December 17, 2017, to April 17, 2018. Ian said the reason behind the temporary break was his personal issues and that he wanted to focus on his family. Ssundee posted his first gameplay video on April 18, 2018, and again started uploading every day.

How many subscribers does SSundee have?

Ssundee created his YouTube channel in November 2009 and started uploading videos in September 2010. He reached his first milestone of 1 million subscribers in August 2013. Ssundee is uploading videos every single day (except for some breaks he had in the past), and he posted more than 2,500 videos in total on his channel. As of today, Ssundee’s channel has over 17,8 million subscribers and more than 9 billion views.

How much does SSundee make a year? Net worth!

SSundee has an estimated net worth of $27 million.
Ian is making a huge amount of money by his Minecraft, Fortnite, COD, and Among Us content. He is considered to be one of the wealthiest gaming YouTubers. He makes approximately $70,000 monthly from YouTube. That means Ssundee makes around $840,000 a year from YouTube ads.

The Most Viewed SSundee Videos