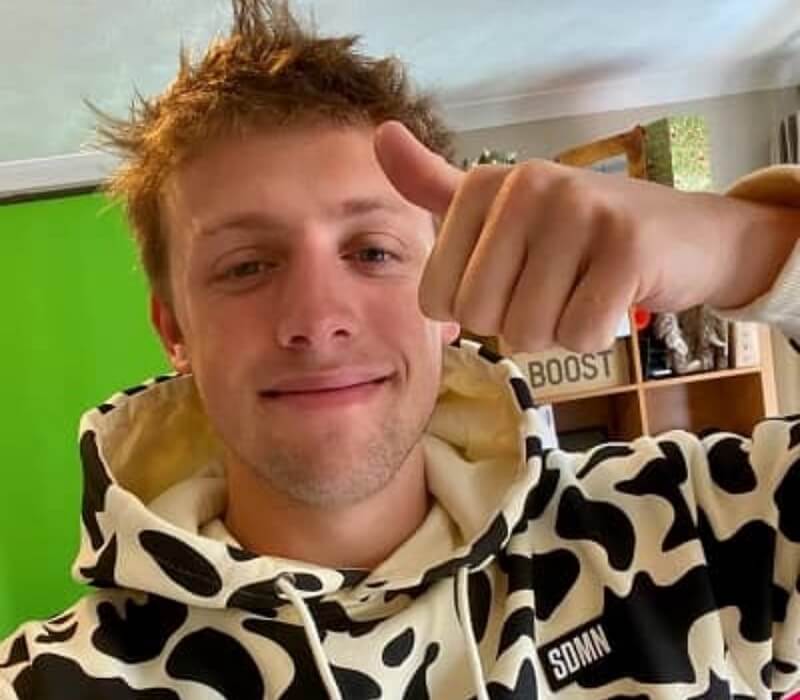 Harry Christopher George Lewis, also known online as wroetoshaw or W2S, is YouTuber from the Channel Islands. He is known for his FIFA Fut Draft and Pack videos and real-life challenges with family and friends. His main channel is more than one year inactive. However, he is still a member of the Sidemen, a British YouTube group made of friends known for playing games together and doing various challenges.

Harry was born on November 24, 1996, in Guernsey but grew up in Alderney - one of the Channel Islands. He moved with his family back to Guernsey in 2004 when he was 6. Lewis attended Guernsey Grammar School along with his younger brother Josh and sister Rosie.

Harry loved sports as a child, he played for a local football team called "Rangers F.C." during his childhood. W2S discovered his passion for gaming when his parents bought him a Nintendo GameCube for £5 ($7) from a car boot sale. He was excellent at his school as he achieved A+ on his yearly GCSE maths exam.

W2S lived with his family in Guernsey until 2014. When he was just 17 years old, he moved on his own to London, to an apartment in the Stratford Halo tower. Harry shared the condo with Sidemen members Callux and Calfreezy. W2S bought a dog named Herb in 2014. The dog lived with Harry at first, but he didn't have enough time to take care of him. Herb lives with Harry's parents in Gurnsey.

They moved to a proper house next to the river Thames in 2018. In 2020, Callux moved out to his own home, Harry and Calfreezy moved together into a new, smaller apartment. In March 2020, Harry bought a flat for self-isolating during the Covid-19 pandemic. W2S was in a long term relationship with Katie Leach between 2014 and 2020. The reason for the breakup is unknown, and Lewis is single since then.

Harry started experimenting with YouTube as a child, he created channels for vlogging, playing instruments and more. He even made a fake giveaway for iPad when he was 13. The purpose of this video was to get more subscribers, but he later apologized and admitted the iPad was the property of his brother.

His main channel, "wroetoshaw", was created on July 26, 2012, and on the same day, he uploaded his first video from the game FIFA. In 2013, Harry dropped out of school to pursue his YouTube career. His videos were based on his FIFA gameplays. W2S was known for his energy, overjoy and especially for his rage. When something terrible happened in a game, Harry typically smashed his chair or controller against the wall in anger.

In 2014, Lewis became part of the Sidemen, he was the last who joined this group. This British YouTube group was created in October 2013. The other members are Zerkaa, TBJZL, KSI, Behzinga and Vikkstar123. They are known for playing video games together online. Sidemen is actually the biggest YouTube group in Europe. They have series called "Sidemen Sunday" since 2018 and are uploading one video every Sunday. Over time, they created new side channels for the group. Channel "More Sidemen" was initially used for compilations but now is used for a video every Saturday in their "Sidemen Saturdays". The third channel is called SidemenReacts, where they upload their reaction videos every day. In March 2021, they created channel SidemenShorts dedicated to highlights of their videos in under one minute.

Harry uploaded his last video on his channel W2S on February 19 2020. His fans are waiting until this day for his comeback. He never explained what his reasons behind leaving YouTube are and if he ever comes back. Until today, he is still a member of the Sidemen group, where his fans can see him.

How many subscribers does W2S have?

How many subscribers does Sidemen have?

W2S is a member of the Sidemen, the biggest YouTube group in Europe known for its gameplay and funny videos. The main channel, Sidemen, has over 12,2 million subscribers and almost 3 billion views. The Sidemen has three other side channels, and if we combine all of them together, they have 21,8 million subscribers combined.

How much does W2S make a year? Net worth!

His YouTube channels are inactive since 2020, but he still receives revenue from the ads and the views in the video. He makes around $1,5 million per year from the ads that appear in his videos. Additionally, W2S has different sources of income. For example, sponsorship deals with huge brands such as Dragon City, Face Up, and Lootcrate. His earnings from the Sidemen videos, Sidemen brand and merchandise are significant as well.

The Most Viewed W2S Videos

The Most Viewed Sidemen Videos