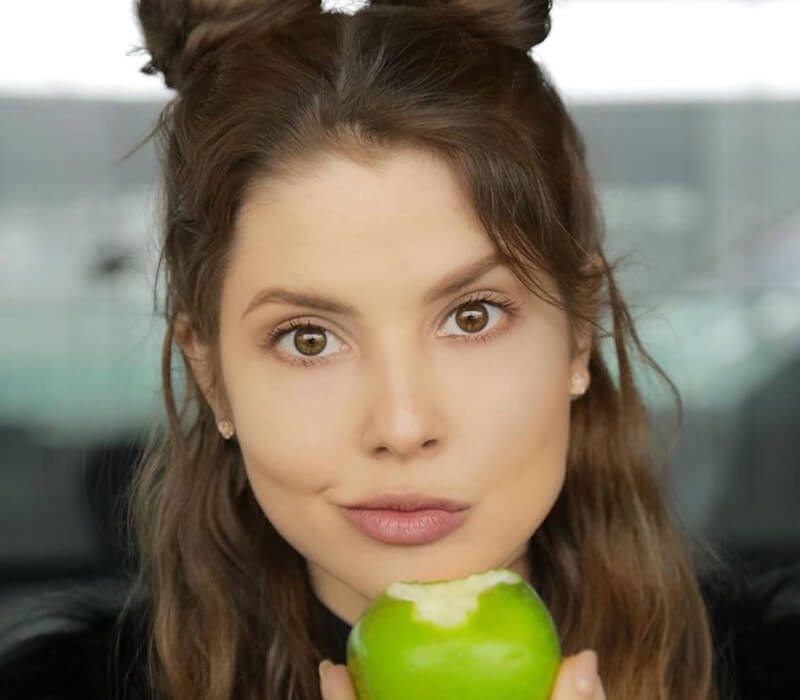 Who is Amanda Cerny?

Amanda Rachelle Cerny was born on 26th June 1991. She is a television personality, film actress, model and social media personality. After Amanda got featured in Playboy Playmate in October 2011, her fame just snowballed.

There was no turning back. Amanda delved into acting, hot photo sessions, TV appearances and Social media.

She started a Vine account and accumulated over 4 million followers before the platform ultimately shut down. She is known for collaboration with fellow Viners like Lele Pons or Rudy Mancuso.

Amanda also started a self-titled YouTube channel, “MissAmandaCerny”, where she posts sexy and hilarious videos simultaneously. Her Instagram account was amongst the five most Instagram story viewers accounts in the world for some time.

Amanda Cerny is often referred to as the “Queen of Snapchat.” Last but not least, Amanda is known for her charity works and established her own foundation, the “Play Foundation.”

The career of Amanda Cerny

Amanda’s fame started snowballing after she sent her bikini modelling photos to Playboy. Firstly, she wasn’t sure if she should send it, but she did thanks to her friends who encouraged her. Amanda was featured in the List of Playboy Playmates for October 2011. She flew to Los Angeles for a photoshoot. This opportunity and paycheck for photo shooting paved her way towards fame. Amanda eventually earned her name in the modelling field. She starred in multiple magazines like Sports Illustrated and Health and Wellness Magazine.

Amanda Cerny started being well known, but her career really took off after she started her Vine account. Before the platform collapsed, she posted hilarious and sexy videos in one package, her workout routines and what women endure on a daily basis. She collaborated with many famous Vine stars such as Lele Pons, Jake Paul and Rudy Mancuso.

Amanda also started a YouTube account. The most popular video is a lesson on the proper way of eating a banana which earned her more than a million views on YouTube. As a former Vine star, she already had the connections for her YouTube videos. Amanda appeared in many videos with other personalities such as Josh Peck, King Bach, Logan Paul or Jake Paul.

Lastly, Amanda starred in “Adam Devine’s House Party” TV series on Comedy Central. She also appeared in the movie “The Bet” as Mrs McDoogle in 2016. Let’s not forget about her guest appearances in HBO’s show “The Late Late Show with James Cordon” and “Hello Ladies.” Amanda also starred in a music video “Homeless in Heathrow” by the FartBard band. Many huge companies reached out to Amanda for campaigning, including Paramount Pictures, Forbes 30 Under 30, Twentieth Century Fox, Comedy Central and Esquire.

Amanda was born on 26th June 1991 in Pittsburgh, Pennsylvania. Her father, Russell Cerny, is a businessman, while her mother was a former model. They divorced, and Amy stayed with her mother and siblings. Amanda has two other siblings, brother Nick Bateman, an actor, and Samantha Cerny, a YouTube star. After the divorce, Amy Lee Reed started living in Florida with her children. She later married her business partner Jason Paul Reed.

After graduating from high school, where Amanda attended many extracurricular activities, she chose Florida state university. She graduated with a major in foreign affairs.

Amanda moved to Los Angeles after her breakthrough in Playboy playmate of October.

As for her romantic relationships, Amanda dated Dane Cook, a comedian actor, in 2011. Later Amanda dated Keegan Allen, an American actor, in 2015. Amanda posted a video of herself and a Canadian singer Justin Bieber in 2016. This video shows Amanda and Justin having a gala time at the Doheny Room in West Hollywood. Many people speculate if there is a new relationship around the corner. Nothing really happened, and Amanda started dating Logan Paul, a famous YouTube star and vlogger.

As of 2021, Amanda is dating an American Instagram personality, YouTuber and fitness freak Johannes Bartl. These two collaborated together on different videos and ultimately started dating in 2017. Johannes is quite popular on social media and has around 2 million people following him.

As mentioned before, Johannes is a fitness enthusiast, which is quite convenient because Amanda works out every day. Her fitness regime includes cardio, apart from other fitness activities. Amanda also practices martial arts, and her mother owns one of the largest karate schools in Florida.

The drama between Amanda Cerny and Lele Pons

Back in the days of Vine, Amanda and Lele looked like an inseparable duo. They hung out even after Vine shut down and remained close friends.

That came to an end at one party. Before we get to the bottom of this, we need to know what was happening. Amanda noticed that her popular posts on Instagram were getting deleted. Her account was set to private multiple times, which denied her from getting more followers. She immediately blamed the platform and not even once blamed Lele.

When attending a barbecue party in August 2016 with Lele, Amanda noticed Lele snapchatting on the phone. She realised it was her phone and immediately grabbed it. After she checked her posts, some of them were deleted and instantly, it all made sense.

Turns out it was Lele Pons who is deleting her friends’ posts all the time and setting Amanda’s account to private to prevent her from getting more followers. Lele immediately apologised for her immature behaviour, claimed she acted impulsively and even cancelled her trip to Italy to repair her friendship with Amanda.

Some might think this is the end of the story, but that’s not the case. Amanda released an Instagram post where she clarified what was happening and revealed what Lele did this whole time. Lele repelled with two police officers sent to Amanda’s apartment. The situation turned out pretty well. As Amanda described, she invited police officers to her apartment, explained the whole situation. They had a good laugh and left, saying she had just earned herself two new followers. After that, Amanda released a 15-minute video, “Why I dumped her”, where she talks about her situation with Lele. This was really the end. There was no drama after that, and Amanda stopped hanging out with Lele.

JessiSmiles released a video, “The Rudest YouTubers I’ve Ever Met.” He includes many personalities, such as the now-infamous Logan Paul but, most importantly, Lele Pons. This video is now deleted from the platform. Still, Jessi described some situations where Lele not only acted immaturely but was openly rude such as reacting defensively when Jessi invited her out for her birthday, blanking Jessi’s brother when he introduced himself or bragging about how she had just passed Jessi in followers at a nail salon. “If you ever met her one-on-one, you would realise how absolutely bizarre she is. My experiences with Lele Pons have always sucked. When I had more followers than her on Vine, she did not know how to compute that. Suppose you know anything about her relationship with Amanda Cerny. In that case, it makes a lot of sense because Lele Pons is cuckoo for coco puffs when it comes to numbers.”

How much does Amanda Cerny earn? Net worth!

One can easily assume that Amanda’s success in Playboy Magazine opened doors to many lucrative deals with brands like Nike, Marc Jacobs, Universal, Beats by Dre, Guess and Ubisoft. Amanda also collaborated with Health and Wellness Magazine or Sports Illustrated.

Her net worth took a turn for the better when she dove into social media. Amanda was quite popular on Vine before the platform shut down. She owns a highly subscribed YouTube channel with almost 3 million subs. Her Facebook and Twitter account has nearly 10 million and 1 million followers, respectively. Most importantly, @amandacerny has more than 24 million followers on Instagram. Lastly, Amanda owns a TikTok account with over 9.5 million fans.