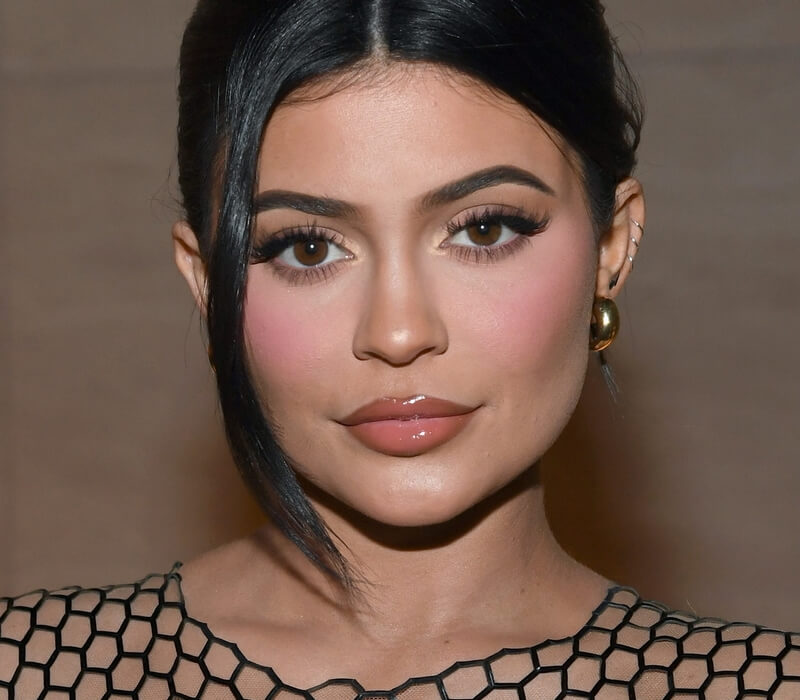 Kylie Kristen Jenner is a social media influencer, TV personality, model, socialite, and businesswoman. She is best known for the reality television series Keeping Up with the Kardashians since 2007. She is the founder and owner of a cosmetic company called Kylie Cosmetics. Kylie and her sister created a clothing line, "Kendall & Kylie", when she was just 14 years old, and in 2015 Jenner launched her own cosmetics line.

According to Time magazine, Jenner and her sisters are considered the most influential teens in the world among youth on social media. As of today, Kylie Jenner has over 239 million followers on Instagram, which makes her one of the most followed people on this platform. In addition, she was the youngest person ever to be featured on the Forbes Celebrity 100 list.

Who is Kylie Jenner?

Kylie was born on August 10, 1997, in Los Angeles, California. She is the youngest daughter of former Olympic decathlete champion Caitlyn Jenner and businesswoman Kris Jenner. Jenner has an older sister and eight half-siblings. Her older sister's name is Kendall, she is a model and media personality as well. She has three older half-brothers from Caitlyn's side - Burt, Brody and Brandon Jenner, and three older half-sisters- Kourtney, Kim, Khloe, known as Kardashian sisters, and one older half-brother from Kris' side - Rob.

Jenner attended Sierra Canyon School. She was the typical rich and famous girl from the school you know from movies, as she was a member of the cheerleading team. Kylie performed in plays while attending school, along with community plays. In 2012, Kylie switched to homeschooling and enrolled in an at-home education program. In 2015, she graduated with a high school diploma from Laurel Springs School in Ojai, California.

Her first official public relationship was with Tyga in 2015. They were getting close in August 2014 at Kylie's 17th birthday party. Jenner appeared in two of Tyga's music videos, "Stimulated" and "Deop'd Up". In April 2017, they broke up. The next love of her life is Travis Scott, they were first seen together at Coachella in April 2017. He is the father of her daughter Stormi, the baby was born on February 1, 2018. They broke up in September 2019, but they quarantined together during the COVID-19 pandemic for the sake of their daughter.

Kylie Jenner started her career at a very young age. In 2007, her family started appearing on the TV series Keeping Up with the Kardashians, a show which followed their lives and became hit almost immediately. The show had several spin-offs, including "Life Of Kylie" in 2017, focusing just on Kylie and her life. In August 2011, Kylie and the family were featured in Seventeen magazine's Style Stars of the Year, and they were selected as "Style Ambassadors" for the magazine. Meanwhile, Kylie starred in TV series, hosted some premieres and interviewed casts at events.

In 2014, Jenner sisters appeared in several music videos. For example, Kylie appeared in the music video for the song "Blue Ocean" by his friend, Jaden Smith. Jenner and her sister are co-authors of the dystopian science fiction novel Rebels: City of Indra: The Story of Lex and Livia. The novel was mainly panned by critics and sold only 13k copies in its first four months on sale. In August 2015, Jenner announced that she would be launching her first lipstick line as part of her self-titled lip kit under Kylie Lip Kit's name. Later in February 2016, Jenner's cosmetic company was renamed to Kylie Cosmetics. The company's rise was enormous, as the number of kits produced rose from an initial 15,000 to 500,000.

In June 2017, Kylie was placed at number 59 on the Forbes Celebrity 100, which calculates the 100 highest-paid celebrities of the previous year. She was the youngest person on the list at just 19 years old. In August 2017, Jenner starred in a reality show about her life, Life of Kylie. On mother's day in 2018, Kylie launched a makeup line in collaboration with her mother Kris called Kris Cosmetics.

In May 2019, Kylie Jenner launched her own skincare brand Kylie Skin which included face washes, scrubs, moisturizers and makeup removing wipes. She launched many collaborations with her sisters. With Kim Kardashian's KKW Beauty, it was a new fragrance, with Khloe - Kylie Cosmetics x Koko Kollection. In 2020, Kylie launched a Valentine's Day Collection named after her daughter, Stormi. The Stormi Collection was launched on February 1, the same day as her daughter's birthday. Additionally, Jenner appeared in the music video "Stuck with U" by Ariana Grande and Justin Bieber.

Back in the days, Kylie was recognized as a regular user of the popular social media platform Snapchat, using it to document her days, travel, and promote her products. As one of the biggest celebrities on Snapchat, Kylie was the official Queen of Snapchat for several years. Then, Jenner moved to Instagram and began her journey there. She is the fourth person to exceed 200 milliion followers on Instagram. Her account is the 5th most followed profile in the world, with over 238 million followers.

Kylie Jenner has two pictures in the top 20 most-liked posts on Instagram. The first photo of her daughter uploaded in February 2018 is the number 9 in the world, with more than 18,4 million likes. On 17th place in this list is her birthday post for ex-boyfriend Travis Scott uploaded in April 2020. As of today, the post has over 15,9 million likes.

Kylie is on the list of the most influential teen globally, citing her considerable influence among youth on social media. Thanks to her huge social media following and impressive engagement rates, she is one of the highest-paid social media influencers. Jenner reportedly makes $1,2 million per sponsored Instagram post, making her the highest-paid individual on Instagram. Jenner partnered with huge brands such as nail polish brand Sinful Colours, PUMA, Apple, Quay Australia, Calvin Klein, Adidas, SugarBear Hair, Waist Gang Society, Fashion Nova and more.

How many followers does Kylie Jenner have on Instagram?

As of today, Kylie Jenner has over 239 million followers on her Instagram. It makes her account to be the 5th most followed Instagram in the world. Her posts get several million likes, an averagely of 10 million likes per Instagram post and 50k comments.

How much does Kylie Jenner make a year? Net worth!

As of 2021, Kylie Jenner's estimated net worth is established to be $700 million.

Forbes estimated that Jenner earned $590 million in 2019, mainly from the sale of a 51% stake in her Kylie Cosmetics line to Coty. Kylie Jenner is the highest-paid celebrity of 2020.

According to a new report, Kylie Jenner is paid around $1,2 million for a single post on Instagram. This makes her one of the highest-paid Instagram influencers in the world, next to Dwayne Johnson, Cristiano Ronaldo and her sister Kim Kardashian.