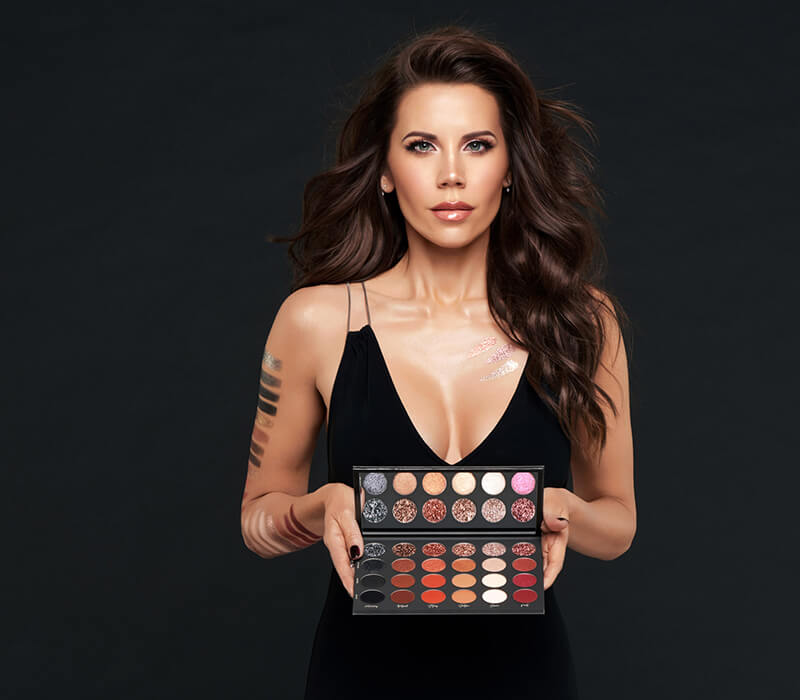 Who is Tati Westbrook?

Tatiana Alexsandra Westbrook, who goes under the pseudonym “Tati”, is an American internet personality, YouTuber and makeup artist. Tati was born on February 14th, 1982, in Seattle, Washington, and is of Latvian ancestry. She is the first of four children and has three younger sisters Erika, Sabrina and Larisa.

Tati completed her high school education in the early 2000s at a private school in her hometown. Later she started working as an image consultant. She even became a makeup artist and image consultant for movies and television series such as “Greek” in 2007 and “Unsolved mysteries”.

She is also known for her different collaborations. For example, she partnered with Matt Steffanina, teacher, choreographer and dancer, for a dance competition called Dance Showdown.

Above all, Tati launched her own beauty line brand, “Halo Beauty”. These products generated a lot of controversies, because it, supposedly, contains an ingredient called palmetto, which is believed to interfere with birth control.

The career of Tati Westbrook

Tati started her YouTube career on November 7th, 2010. This channel started as “GlamLifeGuru” and got renamed “Tati” later. She is considered, by many people, as the mother of the YouTube beauty community.

Although she knew a lot about beauty and makeup. She didn’t know anything about video editing and recording. At the start of her channel, Tati spent a lot of time actually editing and creating videos. It took her over 12 hours to create one video. As time went by, Tati got better, eventually hit the 1 million subscriber mark in 2016 and was able to create a video in under 3 hours.

Clark Swanson is a businessman and a former co-owner of Halo Beauty. At the start, it was supposed to be all about vitamins and shares were going to be split 50/50.

Tati wanted more control over her company, not just to be a face and spokesperson of her company. She counter-offered the split of 2/3 for her and 1/3 for Swanson. Swanson ended up agreeing.

Moreover, Swanson included a document where he states that Tati was pretty confident about the success of her brand:

“Ms Westbrook claimed that the product did not matter. She could still sell a ‘s–t product’ to her loyal followers.”

Furthermore, Tati Westbrook also told Swanson that she could have her famous friends in the beauty world promote her products (Laura Lee, Manny Mua, Jeffree Star, and James Charles). Tati even shared that Star turned down multiple offers from her direct competitor Sugar Bear Hair.

The whole lawsuit states that James and Tati prevented Swanson from growing Halo Business and released her products under different brands, which he had no idea of.

Tati Westbrook’s lawyer has responded: “Clark Swanson’s lawsuit is meritless… his absurd claim that Tati Westbrook granted him one-third of her name, image, and likeness for all time in exchange for a modest initial capital contribution. Swanson’s claim is not only baseless. It is offensive and defies common sense. This is particularly true given that Swanson has received millions in profit distributions from Halo Beauty, almost exclusively due to the Westbrooks’ efforts. Tati and James will vigorously defend this lawsuit and are confident that the truth will come out and they will prevail.”

James Charles is a fellow beauty YouTuber and a friend of Tati. She released an Instagram story on April 22nd, 2019, where she opened up about how she is feeling betrayed by the beauty community. Few hours prior to this post, James released a video promoting SugarBearHair, a direct competitor of Halo Beauty.

There is no telling who “shot first”, but Tati’s video “Bye sister …” was when it all started going down for both Tati and James. Tati exposed James and confirmed many allegations that James preyed on heterosexual and even underaged men.

James Charles responded on May 18th with “No More Lies”, where he shared his side of the story. Tati lost over a million subscribers and lost the eligibility for YouTube’s Diamond Creator Award.

On June 30th, 2020, Tati Westbrook posted “Breaking My Silence …” where she detailed events that led up to this event, as well as events after her Bye Sister… video. In this video, she claimed that she got manipulated by Shane Dawson and Jeffree Star to create a video against Charles.

An interesting conspiracy theory is that the whole beef was just a massive hoax. This theory thinks that it was just a fake drama to get both of their channels more attention, subscribers and views. I guess we’ll never know what’s true, but the whole theory seems pretty far fetched if you ask me. Leaving a legacy like that on the internet is a lot to handle and definitely not worth it. On the other hand, it wouldn’t be the first time someone craved attention so hard that he made something like this.

After a long break of almost a year, Tati released a video, “A year later”, where she summed up her life when gone from YouTube and stated that she was gonna focus on her roots. Create more makeup tutorials and beauty tips.

How much does Tati Westbrook earn? Net worth!

This number is expected to grow since her recent comeback to the YouTube scene.