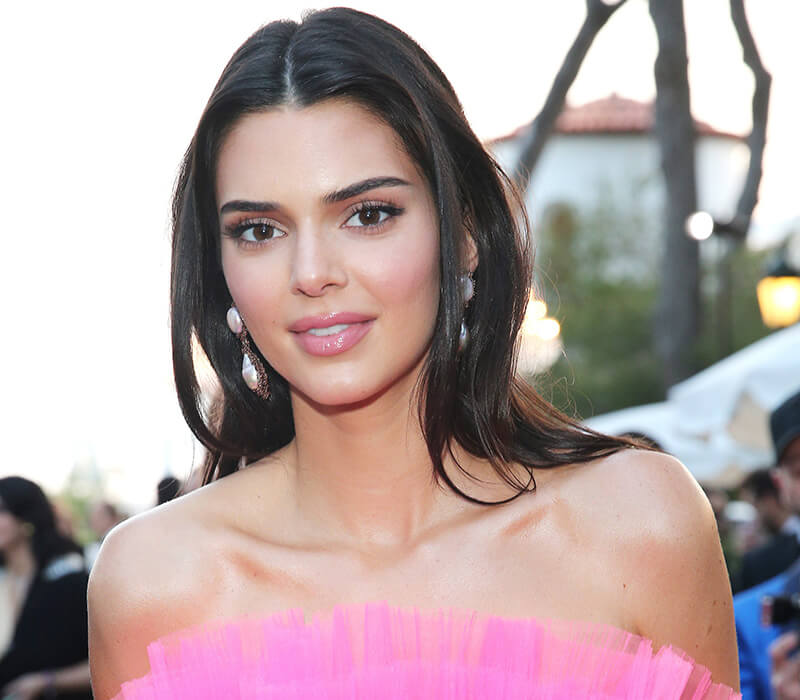 Who is Kendall Jenner?

Kendall Nicole Jenner was born on November 3rd, 1995. She is an American model, social media person and celebrity. Her parents are Kris Jenner and Bruce Jenner, now known as Caitlyn Jenner. Kendall, like many of her clan, rose to fame in the reality television show “Keeping Up with the Kardashians.” Kendall started with modelling at the early age of 14. For example, she worked in multiple photoshoots and commercial print ad campaigns. Her final breakthrough happened in 2014 and 2015 during Paris, New York and Milan fashion weeks. Kendall Jenner figured on cover shoots for LOVE and multiple Vogue editions. She is a brand ambassador of Estée Lauder.

Kendall’s debut became official when Forbes released its No. 16 magazine in 2015. Finally, Kendall surpassed the 14 times top-earning model. She jumped over Gisele Bündchen with an astronomical $4 million earned for 2015.

The career of Kendall Jenner

Kendall started appearing regularly on “Keeping Up with the Kardashians” with her whole family in 2007. This series follows their professional as well as their private lives. It got launched on a network called E!. Kendall also appeared in one of the shows spins offs “Khloé Take The Hamptons.”

Kendall started her modelling career at the age of 13. She signed her first contract with Wilhelmina Models on July 12th, 2009. Her portfolio photoshoot was directed by Nick Saglimbeni.

Kendall’s first real modelling job was the Rocker Babes with a Twist campaign in 2009 and later in 2010.

Not only was 2015 a successful year as a model, but she was also crushing it on Instagram. Dazed magazine included her in the “top creative to watch out for” list for 2015. Kendall helped to raise “Instagirls” and capitalized on the connection between social media and fashion. She adapted quickly and got many lucrative deals. Calvin Klein’s women’s creative director Francisco Costa praised Kendall for her social media reach. Kendall kept participating in Calvin Klein’s promotions which increased its net sales by 13% compared to the previous quarter.

William Bruce Jenner is Kendall’s father and former Olympic decathlete champion. He came out as a transgender woman in 2015 and changed his name to Caitlyn Jenner. Kendall’s mother, Kristen Mary Jenner, formerly known as Kardashian, is a businesswoman and television personality.

Kendall’s middle name Nicole is a tribute to her mother’s best friend, Nicole Brown Simpson. Her mother’s friend was murdered before Kendall was conceived.

Kendall Jenner is the second youngest of the Kardashian clan. The only person younger than Kendall is her sister Kylie Jenner. She has four step-siblings from her father’s first marriage, brothers Brody, Brandon and Burt Jenner and one half-sister Casey Marino. From her mothers’ first marriage, Kendall has three sister’s Khoé, Kourtney, Kim and one half-brother Rob Kardashian.

Kendall Jenner and her sister Kylie were raised with the Kardashians in Calabasas, an upscale suburb west of Los Angeles. She was homeschooled but shortly attended Sierra Canyon School. The main reason for homeschooling was her career as a model, which needed a flexible schedule.

Kendall Jenner was one of the influencers who promoted a massive fraud festival, “Fyre Festival.”

For anyone who doesn’t know, Fyre Festival was supposed to be a “luxury festival” founded by Billy McFarland, CEO of Fyre Media Inc, and rapper Ja Rule. This festival was supposed to happen on a private island with luxury accommodations and feature some of the most famous singers and bands. None of this happened, some participants got their luggage stolen, and the whole festival looked more or less like a refugee camp. Billy McFarland is currently sentencing his six years in prison.

Kendall Jenner got paid over $250,000 to promote this festival on her Instagram and stated that some members of the G.O.O.D Music family will perform at Fyre Festival. She also incentivized people to use her code for a ticket discount. This post got eventually deleted and, most importantly, wasn’t tagged as an #ad. Federal Trade Commission law requires paid posts on social media to be disclosed transparently.

Kendall apologized to her fans three months after Netflix released documentaries about the Fyre Festival. “You get reached out to by people. Whether it be to promote or help or whatever, and you never know how these things are going to turn out, sometimes it’s a risk, I definitely do as much research as I can, but sometimes there isn’t much research you can do because it’s a starting brand and you kind of have to have faith in it and hope it will work out the way people say it will. You never really know what’s going to happen.”

Kendall Jenner got sued along with other influencers and artists promoting the Fyre Festival. Allegedly, these payments were part of the scheme to defraud investors. She settled for $90,000.

Kendall figured in a “massive” scandal after starring in one of Pepsi ads. This commercial advertisement showed different people protesting. Kendall just shows up, hangs out with everyone and then hands the Pepsi to a police officer. He drinks it, and everyone cheers. What could be the issue, right? Reading those comments in 2021, no one really has an issue. Some people even highlight the fact that they are black, and they don’t see an issue with this ad.

Nevertheless, this ad was overly criticized for trivializing the protests against police brutality, particularly because it affects African Americans. Pepsi withdrew the ad in less than a day and apologized to Kendall. She was devastated and released a video on YouTube where she apologized and tried to clarify the whole thing.

It was definitely more or less hard for everyone during different lockdowns. Some celebrities, including Kendall, didn’t respect the lockdown rules and kept on with their social lives as nothing had happened.

During the Safer-at-Home order in effect, Kendall threw a birthday party with more than a hundred guests. The public lashed back, and Kendall faced criticism, but she wasn’t the only one guilty. Many celebrities, including Hailey and Justin Bieber, were part of this birthday party. The public eventually boiled down after Kris Jenner officially responded to Winnie Harlow in The Weeknd. “We are trying to be responsible. Everyone makes sure that our family and our closest friends are tested on a regular basis. So you know, we do what we can. We try to follow the rules.”

The tequila scandal of Kendall Jenner

This isn’t the first ad that went wrong for Kendall. It featured her riding a horse on an agave field and raising a glass with native farmers. Doesn’t seem that bad, right? Wrong, 818 Tequila company and Kendall got criticized for culturally appropriating Mexican culture. This ad was posted on her Instagram, where she later disabled comments. Her representatives refused to comment on this event when contacted.

How much does Kendall Jenner earn? Net worth!

Kendall Jenner’s net worth is estimated at $45 Million. Her income comes from her role in “Keeping Up with the Kardashians” with her family. She is also the highest-paid model in the world. Kendall’s earnings from her modelling career were $4 million during the year 2014. It more than doubled from 2015 to 2016 to $10 million. This astronomical figure doubled again between 2016 and 2017 to $22.

Kendall Jenner is also famous on various social media platforms, mostly Instagram. Francisco Costa, creative director for Calvin Klein, stated that her reach to people is incredible. Her money comes from endorsement deals and appearance fees. To sum up, Kendall is a tv reality show star, the highest-earning model in the world, and amongst top social media influencers collaborating with companies like Fendi, Marc Jacobs, Estee Lauder, Calvin Klein and Kar Lagerfeld.