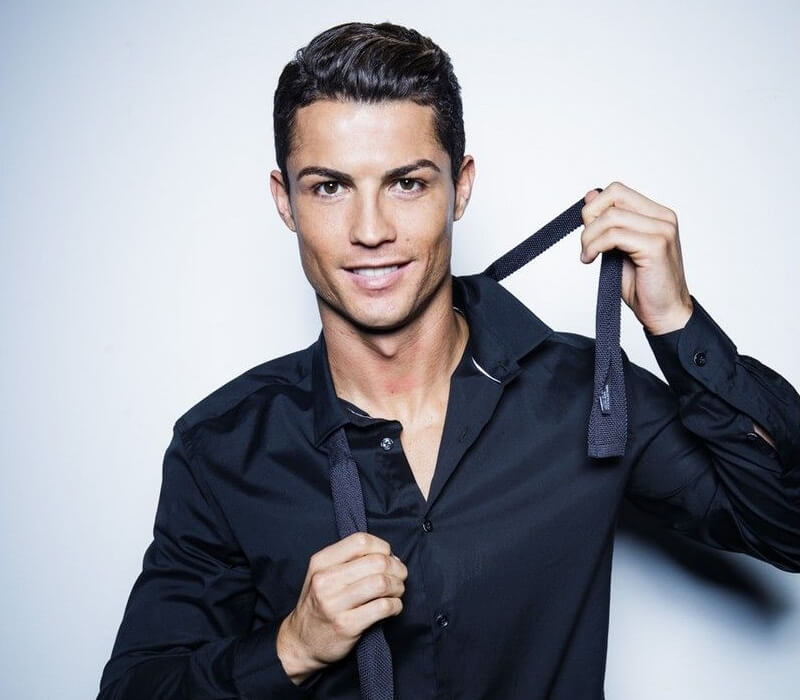 Cristiano Ronaldo dos Santos Aveiro is a Portuguese professional footballer who has played for Manchester United, Real Madrid, Juventus and Portugal. Along with Lionel Messi, he is considered to be one of the top two players in the world. Cristiano has the most followed Instagram account in the world, with 295 million followers. (if we don't count Instagram's official account as it is not a real person)

Ronaldo is the world's most expensive player. Real Madrid signed him for 94 million Euros in 2009, and Juventus for more than $118 million in 2019. He has been named FIFA player of the year 5 times, Ronaldo broke numerous records for goal-scoring due to his sustained performance.

Who is Cristiano Ronaldo?

Cristiano Ronaldo was born on February 5 1985, in Portugal. He loves playing football from an early age. His talent was discovered soon, and by the age of ten, Ronaldo was well known in Portugal. First, he was signed for Nacional, a Portuguese side from Madeira. Cristiano later joined one of the biggest clubs in Portugal - Sporting Lisbon. Then he was bought by Manchester United, and the whole world knows his name since then.

He was born in Funchal at Madeira, where he lived as a child with his family. His father, Jose Dinis Aveiro, was a gardener with the municipality and his mother, Maria Dolores dos Santos Aveiro, worked as a cook. Ronaldo was the youngest child among four children, he has two sisters and one brother. Cristiano was expelled from the school after he attacked his teacher by throwing a chair at him. His early life wasn't easy, as his father often drank too much, and the family didn't have much money. Then, in 2005, sadly, Ronaldo's father died from alcohol-related kidney problems. Two years later, in 2007, his mother struggled with breast cancer.

Cristiano Ronaldo is the father of four children. His first son was born on June 17 2020, in the US. Ronaldo stated he has full exclusive custody of the child and would not publicly reveal the mother's identity. Ronaldo became a father to twins on June 8 2017, when his daughter Eva and son Mateo were born. They were born via surrogacy, and the mother is not known. His fourth child was born on November 12 2017. His girlfriend and Spanish model Georgina Rodríguez gave birth to their daughter Alana Martina.

Everything began when Cristian was a child, as he loves playing football from an early age. His talent was discovered soon, and by the age of ten, Ronaldo was well known in Portugal. He was signed for Nacional, a Portuguese side from Madeira. Cristiano later joined one of the biggest clubs in Portugal - Sporting Lisbon.

Football manager Sir Alex Ferguson from Manchester United bought Ronaldo for a fee of £12.24 million, and Cristiano started playing for Manchester in 2003/04. His success was enormous over the following years. They won many championships, Ronaldo was a key figure in the successful league campaign. However, despite the success, Ronaldo left the club and moved to Real Madrid in 2009. Real Madrid bought Ronaldo from Manchester United for a fee of £80 million, making him the most expensive player in the world. Ronaldo is being frequently compared with Barcelona's exceptional player Lionel Messi.

In July 2018, Ronaldo was signed by the Italian club Juventus for a fee of $118 million. In the first season, Cristiano played with Juventus, he helped to reach another Serie A title. As a result, Ronaldo is the first player to win national titles in the big three leagues of England, Spain and Italy.

Ronaldo's Instagram popularity comes as no surprise as he is also the highest-paid celebrity on the platform. Cristiano is the #1 on the Instagram Rich List for sports with an estimated $975,000 per Instagram post. He often uses the power of social media to promote the companies as a product/brand promotion. Ronaldo has various endorsement deals with top brands such as Nike, Coca-Cola, KFC, American Tourister, Armani Jeans & Underwear, Herbalife Nutrition, Fly Emirates, KFC, Clear and Tag Heuer.

Cristiano Ronaldo is quite active on the social media platform. As of today, he has more than 3000 posts on his Instagram account. His posts include moments and successes from his football careers, promotion posts, and important moments from his personal life with his family or funny photos. Cristiano Ronaldo becomes the first person to hit 250 million Instagram followers in January 2021. His wife Georgine Rodriguez is also active on Instagram, she has over 22 million followers on her account.

With the influence of Instagram, it is hard to stay always beloved in the eyes of the fans and public. In 2016, Ronaldo suffered a social media backlash after posting a controversial photo of himself and two friends wearing masks on a private plane captioned with "tanned faces". In 2018, Cristiano posted a photo with his friend that caused him another backlash. He has been called "racist" as he captioned the photo "Perfect Match Black and White chocolate".

How many followers does Cristiano Ronaldo have on Instagram?

His posts get an averagely of 4-10 million likes and 20-40k comments. Cristiano Ronaldo's most-liked photo is the post in remembrance of Diego Maradona. This photo was posted in November 2020 and, as of today, has 19,8 million likes. That makes it to #6 in the list of most-liked Instagram posts.

How much does Cristiano Ronaldo make a year? Net worth!

Cristiano Ronaldo's estimated net worth is established to be $500 million, making him one of the richest athletes in the world.

Cristiano Ronaldo makes around $100-150 million per year. He was making $49,6 million from his salary at Juventus before any coronavirus-related pay cuts. According to a study published on Buzz Bingo, Cristiano makes a staggering amount of money from Instagram, as he earns $975,000 per advertised post on Instagram. Ronaldo reportedly earned more than $50 million from his social media posts.