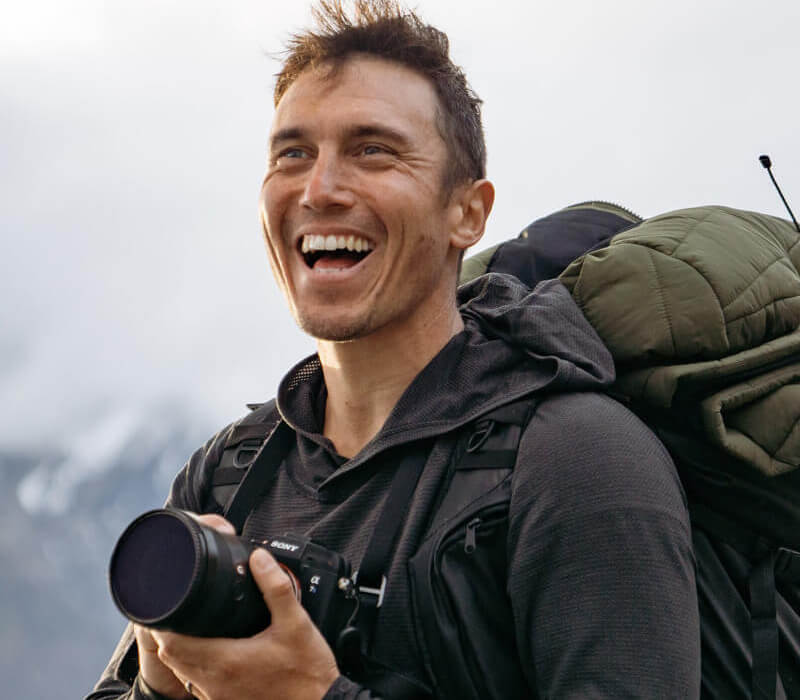 Who is Chris Burkard?

Chris Burkard is an American artist and photographer. He is mainly known for his travels and collaborations with surfers. Chris takes a photojournalistic approach to do editorial projects, using multiple media. He is known for the great use of natural light to capture humanizing moments.

Most importantly, Kris has been named one of the top influencers worldwide. He specializes in photography in cold places, including Iceland, the Faroe Islands, Cuba, India, Russia, Italy, Switzerland, New Zealand and Norway.

Chris Burkard was born on 12th March 1986 in San Luis Obispo, California. He was raised by a single mother, Maile. His classmate introduced Chris to the LDS Church that Chris’s mother attended as a young girl. Chris wanted to learn more about the church and was soon baptized.

His mother married Chris’s stepfather when he was 12 years old and joined a family of five. In 2004, Chris graduated from Arroyo Grande High School and enrolled in classes at Cuesta Junior College.

Chris got enchanted with photography and started it quickly became his favourite hobby. He bought his first camera from a Goodwill auction for $65. After shooting and developing an entire roll of slide film, he realized the camera didn’t work. Chris then borrowed a camera from his girlfriend’s mom and started experimenting with different lightning and contexts.

Growing near the ocean, Chris developed his own style of photographing landscapes and different water sports such as surfing, body surfing and bodyboarding. He switched from film to digital camera in the mid-2000s.

Chris Burkard married Breanne Burkard in 2007. They live in Grover Beach on California’s Central Coast and have two sons together. Two boys Jeremiah and Forrest Burkard.

The career of Chris Burkard

As a teenager, Chris started shooting photos of surfers in his hometown on the central coast of California. After they came out of the water, he’d try to sell his images to them.

Chris Burkard continued as a freelance photographer on both commercial and editorial projects. He later grew to popularity and got his work published in over 35 national and international covers. His photos appeared both print and online on magazines such as The New Yorker, National Geographic Adventure EandSPN.com and Surfer Magazine.

In 2006, Chris Burkard got picked over a famous large-format landscape photographer Michael Fatali, whose images of the American Southwest desert are published frequently. In the same year, Chris Burkard interned at Transworld Surf Magazine for four months before becoming an assistant photo editor. At the age of 21, in 2008, Chris Burkard landed himself a position as the senior staff photographer at Surfline magazine. At the same time, he served in another global surf forecasting and content site, Water Magazine. In 2010, Chris departed and started working at Surfer Magazine. He also expanded his artistic repertoire, branching out to filmmaking, writing, advocacy and speaking — including a 2015 TED Talk that’s been viewed over 2 million times.

Chris Burkard has nearly 4 million followers on his Instagram. He regularly showcases his artistic photographs and promotes his products, such as books. Chris specializes in landscape, lifestyle, surf, outdoor and travel subjects.

There are some tips that Chris uses when creating his photographs. Adding a person to his foreground adds a perspective. It creates contrast in how the surroundings are majestic compared to a human.

Chris shared how important it is to create your own style and stick to it. He found something that spoke to him and perfected it so his followers could learn his niche.

In Chris’s words, “Embrace the mundane”, even the most mundane travel moments can sometimes make the best photos. He thinks it’s essential to find the uniqueness of a space, such as cute lanterns in a restaurant or weird looking piles of rocks in the mountains.

Lightning is another key for his pictures that makes a bland subject come alive. Chris likes to take his photos early in the morning or late evening as things silhouette.

He thinks it’s really important to make your Instagram channel as discoverable as possible. If you are interested in building an audience, you should embrace the power of hashtags such as Chris Burkard.

Chris uses Sony mirrorless systems. He used Canon, Sony, and Nikon in his career but settled on what he believes is the best. His travels require a lightweight build for astrophotography and travelling.

Chris stated that he uses Sony A7RIV for the majority of his work. He uses A7SIII for his night and Astro images, but A7RIV is his go-to model for commercial jobs. If he wants to go super light, Chris uses A6500 as well as when shooting in the water.

How much does Chris Burkard make? Net worth!

Chris Burkard has an estimated net worth of $1.2 million. Most of his earnings come from his photographer job and Instagram career. He also gains revenue from his cloth merch on his own website.

Chris has over 100 magazine covers to his credit. He is also sponsored by famous brands like Sony and Black Diamond.