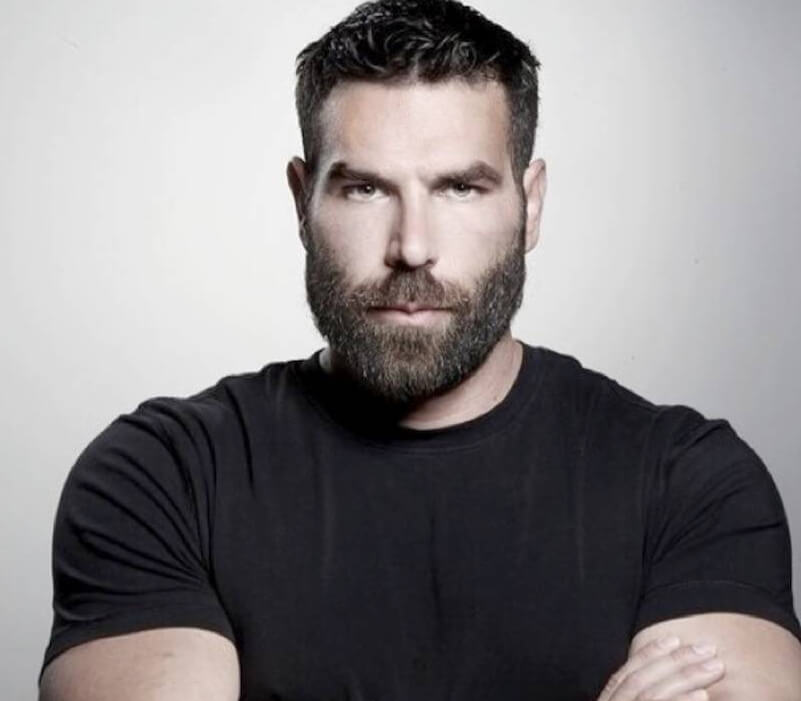 Who is Dan Bilzerian?

Daniel Brandon Bilzerian was born on 7th December 1980. He is of Armenian American descent. That is to say, Dan is one of the top 30 social media celebrities in the world with his massive Instagram followings.

Dan is known for his lavish lifestyle, posts with hot girls and is often referred to as the “Instagram King” or “Instagram’s Playboy King”. He also worked as a model and starred in a few movies.

Dan Bilzerian was born in Tampa, Florida. He is the son of corporate takeover specialist Paul Bilzerian and Terri Steffen. Dan has one younger brother Adam Bilzerian.

Dan had to change schools twice. He was getting bullied because of his father’s imprisonment.

Their father was a corporate raider on Wall Street who set up trust funds for both of his sons. Through his father, Dan is of Armenian descent and shared that half of the Bilzerian family was killed during the Armenian Genocide.

In 2000, Dan Bilzerian attended the Navy SEAL training program but failed to graduate after multiple attempts. It was reported that Dan got dropped from the program due to safety violations on the shooting range.

After leaving the Navy, Dan enrolled at the University of Florida, majoring in Criminology and Business.

Dan Bilzerian is known for his party lifestyle and actually suffered from two heart attacks before the age of 32. This was reportedly from excessive use of drugs

Dan claims he was broke while in college and got his money from playing poker. Most people don’t believe that because he wasn’t seen in any famous poker places. On the other hand, Dan stated that he was playing private games with businessmen worldwide.

No one knows where the truth is, but it’s safe to say that Dan is filthy rich. In 2014, Dan had homes in three different places. In Los Angeles, California, Hollywood Hills, California and Las Vegas, Nevada.

Dan also engaged in politics. In June 2015, he started his bid to run for President of the United States in the 2016 election. That is to say, his campaign just slowly wore off, and he started endorsing Donald Trump for unfiltered and politically inflammatory statements.

No one really knows where Dan got all of his money, but there are a few theories. Some say Dan is a trust-fund child. Others, including Dan, claim he is a self-made man and earned his money through gambling and, last but not least, his social media career.

It’s most likely a combination of everything. First of all, Dan himself claims he was broke at college and sold his own gun collection to move to Las Vegas. In the 2009 World Series of Poker Main Event, Dan ended up 180th, and as of 2021, he supposedly won $150 million. Dan won $36,000 for his 180th place at the WSOP. In November 2011, Bilzerian was one of those sued over a debt of honour winnings they had been paid in no-contract poker games by Tobey Maguire.

Dan likes to brag about his poker career, which drew the attention of another poker player Doug Polk. He released a widely popular video where he broke down Dan’s game and claimed Dan cannot be as successful as he states. Dan is not known in any famous casinos in the world. As much as this makes sense, Dan responded that most of his earnings are from private games against businessmen. Dan even stated that it just looks like he doesn’t have any game sense and plays dumb. It’s all deliberate to make people drop their guard. Dan Bilzerian even challenged Doug to a poker game over $1 million, which he didn’t accept.

Another theory is that Dan got all of his wealth from a trust fund set up by his father. Paul Bilzerian, a corporate takeover specialist, set up a trust fund for Dan and Adam Bilzerian that was worth over $12 million in 2001 in Cimetrix stock, which was meant to be split evenly. It was reported that Paul violated various security laws in 1989 and was ordered to pay over $30 million in 1993 of his allegedly illegal profits to the SEC. Instead of paying, Paul filed for bankruptcy in 1991 and again in 2001. The judge accused Paul of hiding his assets in various companies and trusts, including his son’s trust funds. Dan’s funds became accessible in 2010 when he turned 30.

How much does Dan Bilzerian earn? Net worth!

Dan Bilzerian’s net worth is estimated at $200 million. He comes from an already wealthy family. At their peak, Bilzerians lived in the largest home in Tampa, a 28,000 square foot mansion with 10 bedrooms.

Dan’s father, Paul Bilzerian, set up trust funds for his sons, and it’s unclear how much this fund contributed to Dan’s lavish lifestyle. Paul already made $40 million by the time he was 36 and was indicted for tax and security fraud in 1988.

Dan Bilzerian claimed that most of his early earnings come from poker. In 2009, at the World Series of Poker Main Event, Dan finished 180th. This is Dan’s most successful poker achievement, and his winnings topped at $36,000. Dan’s known winnings are relatively small, although he stated winnings of tens of millions in private events. He was even asked to return the money he won over Ponzi scheme artist Bradley Ruderman to reimburse his victims.

During one particularly legendary event, Dan reportedly won $12.8 million in a cash game. What’s more remarkable is that $10.8 million was during one heads-up hand at the stakes of $5,000/$10,000. In 2014, Dan claimed winning over $50 million by just playing poker. Dan is winning, but he is also known for losing $3 million on at least three different occasions. The “Bluff Magazine” named Dan Bilzerian as the Funniest Poker Player on Twitter”.

Dan Bilzerian has an incredibly wide social media reach with over 33 million Instagram followers. He often posts about his over-the-top luxurious lifestyle with models, gambling and guns. Many people claim Dan inspires them to be better people, follow their dreams, and live life to the fullest. Dan even labelled himself as the “Playboy King of Instagram”.

In fact, Dan released a biography book on 1st January 2021 with the foreword of David Goggins. From his anything-but-normal childhood to the insanity that followed him on his journey to becoming one of the most famous people in the world. Dan talks about his upbringing, military service, gambling, guns and other toys, and about lots of girls. “The Setup” is packed with crazy stories and incredible photos that bring readers into the world of Dan Bilzerian.

Dan Bilzerian is the CEO and majority shareholder of Ignite International Ltd. Many properties Dan claims to own are rented by Ignite International. The house, flights, yachts and even models. Ignite pays Dan Bilzerian’s $2.4 million annual rent and pays for everything else Dan Bilzerian does. It is unclear how much Ignite actually earns. Thanks to Dan’s lifestyle, they reported a loss of $50 million last year.

Dan Bilzerian’s net worth was first reported in 2013.

Dan Bilzerian decided to debut in the movie Lone Survivor. He invested $1 million in exchange for a minimum of 8 minutes of screen time and 80 words of dialogue. If you’ve seen the movie, you might have noticed Dan didn’t make it through the final cut. In the final version of the film, Dan ended up having less than one minute of a short line of dialogue.

He sued producers of Lone Survivor for his initial investment of $1 million-plus 20%. This $1.2 million lawsuit was later dropped because Dan garnered a lot of publicity around this case and made $1.5 million on his investment anyway due to the film’s success.

Although this wasn’t a very successful acting job, Dan appeared in other films such as “Extraction”, “The Equalizer”, “Olympus Has Fallen”, “Cat Run 2”, “War Dogs”, and “The Other Woman”.

Living life to its fullest sounds really good but brings a lot of controversies. In August 2014, Dan was banned from a Miami nightclub for kicking model Vanessa Castano in the face during an altercation. Vanessa sued Dan for $1 million for her injuries, but he repelled that Vanessa and another woman attacked his girlfriend.

During one photoshoot for Hustler, Dan threw a well-known pornographic actress Janice Griffith off the roof. She was supposed to fall into a pool but fell short, hit the edge and broke her foot. Dan then refused to pay $85,000 for her injuries, and Griffith filed a lawsuit against both Hustler and Dan.

Dan Bilzerian has some trouble with the law, that’s for sure. He was once arrested at LAX airport on bomb-making charges, but the law can be flexible with enough money, and he was released the same day.

In February 2015, Dan pleaded no contest to a charge of “negligently failing to extinguish a fire in the open”. He was fined $17,231.

Dan doesn’t have any problem spending money when he needs to or wants to. He’s recorded as having employed women just to stroke his beard while he plays poker. And another time for hiring bare-chested bow-tied women to cut his hair.

On 28th August 2018, Dan Bilzerian decided to get back to his roots and visit Armenia. Dan, his brother Adam and his father Paul went there to take their oaths to obtain Armenian citizenship and join the Armenian Armed Forces.

Instead of going straight back, Dan decided to go to the Republic of Artsakh. As the colossal weapon enthusiast that Dan is, he decided to visit a shooting range where he tried out various different firearms.

This caused considerable controversy. The government of Azerbaijan sent a note to protest over these actions due to the contested status of Artsakh. They even officially summoned U.S. Chargé d’Affaires (diplomat who serves as an embassy’s chief of mission in the absence of the ambassador) William Gill to take a note of protest addressed to the U.S. Department of State.

It didn’t end there. A court in Baku issued an arrest warrant and even put Dan Bilzerian on the international wanted list. Two years later, Dan Bilzerian donated $250,000 to the Armenia Fund to support Armenia and Artsakh against Azerbaijan during the 2020 Nagorno-Karabakh conflict and even stated that he was very disappointed that Azerbaijan decided to attack the Armenian people.