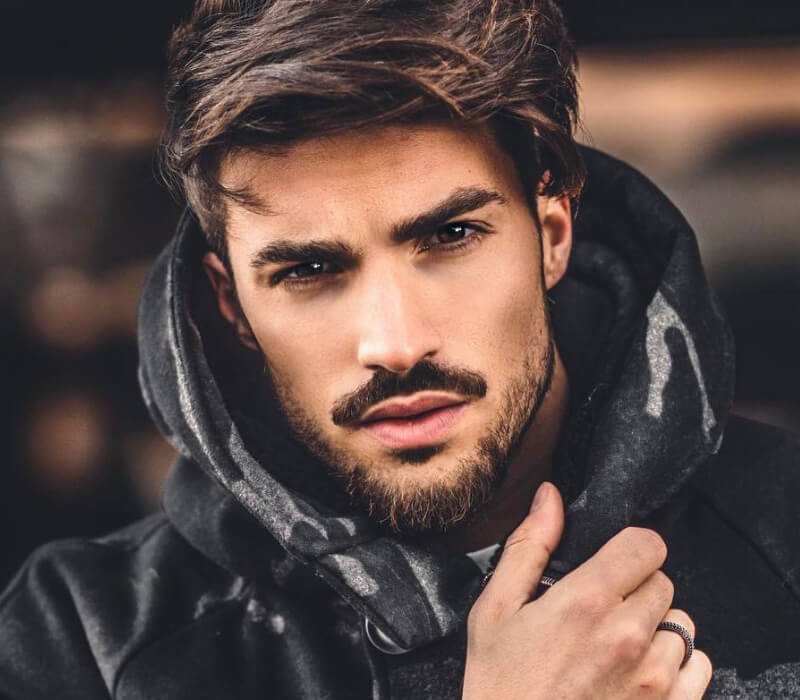 Who is Mariano Di Vaio?

Mariano Di Vaio was born on May 9th 1989. He is an Italian fashion blogger, designer and actor. Mariano is known for his collaboration with influential fashion brands such as Calvin Klein, Hugo Boss and Dolce & Gabbana. Thanks to him being so close to the fashion industry, Mariano launched his own line of fashion products such as MDV Jewels, MDV Shoes and MDV Eyewear. He is also a founder of three fashion brands, Nohow, Hairbello and MDV Collection.

As mentioned above, Mariano is an actor and debuted in Deported, a Hollywood production by Yoram Globus.

Mariano’s broadest reach is on Instagram with over 6.5 million followers and Facebook with more than 3 million followers. He has been awarded by Forbes and GQ as the most influential male figure in the world.

Mariano Di Vaio was born on May 9th 1989, in Assisi, Italy. He was born and raised in Umbrian hills and absolutely loves this region. Mariano has one sibling Ilaria Di Vaio.

Mariano was 18 years old when he decided to pursue his dream and moved to London, where he spent one year. After that, Mariano moved to New York City to study acting at NYFA. Eleonora Di Vaio (Brunacci) is Mariano’s wife and social media star, who is widely known for her eponymous Instagram channel. She has gained popularity for her lifestyle photos alongside her husband, Mariano Di Vaio.

The two married in September 2015 in Castello di Procopio. Eleonora gave birth to their first child Nathan Leone on November 27th, 2016. She took a one year break before giving birth to Leonardo Liam in June 2018 and Filiberto Noah in September 2019. Their three sons are already taking an example from their daddy and started a modelling career for Mariano’s brand Nohow.

In August 2021, the couple announced that they were expecting their fourth child. Although this time, they are expecting a daughter.

The career of Mariano Di Vaio

Mariano decided to leave Italy and pursue his modelling and acting career when 18 years old. He went abroad to London and worked there as a model for a year before enrolling in a New York Film Academy.

Mariano stated that he didn’t do anything new. He just did it differently and executed the idea better. Some guys photographed each other, but none of them opened a corner on the web to describe their style. Mariano started his own blog where he gave random advice in terms of fashion and trends, expressing his personal taste.

Even though Mariano became successful, his fame rose after moving back to Italy, where he continued his career as a model. He quickly acquired collaborations with international brands such as the advertising of Roberto Cavalli Perfume with Elisa Seidnaoui, to campaigns with Gucci, Omega, Hugo Boss, Tommy Hilfiger, Cucinelli and Cruciani.

In January 2012, Mariano started his digital magazine MDVstyle dedicated to lifestyle and fashion. His magazine quickly became widely popular and served as a source of inspiration to millions of people in Italy and abroad. MDVstyle is mainly dedicated to men’s passions such as sport, fashion, travel, movies and music.

Mariano didn’t forget about his dream to become an actor and debuted in the movie “Deported” (2016) produced by Yoram Globus. The same year, Mariano published his biography “My Dream Job”. In the autumn of 2016, he starred in the first season of “Selfie - Le cose cambiano”, a talent show aired by Canale 5 as one of the mentors/tutors.

Mariano Di Vaio is one of the top fashion influencers worldwide. To further expand his business, Mariano launched his own MDV brand and e-commerce Nohow. He is an entrepreneur and designer of his own brand and launched MDV Eyewear, leather accessories, jewels and shoes collection. MDV Shoes was presented at Pitti Uomo, long-awaited by millions of people.

Mariano Di Vaio is one of the top fashion influencers worldwide. Mariano has an incredible reach on Instagram with over 6.5 million followers and Facebook with more than 3 million followers.

Most importantly, Mariano is trying to be authentic. Phones are prohibited at his family dinners, and he decided to not share everything. He doesn’t think that digital life should be more important than real life. Mariano stated that connection is essential, and it lets you tell real stories. Still, many people choose to tell fake stories based on what people want.

How much does Mariano Di Vaio earn? Net worth!

Mariano’s estimated net worth is between $3 million and $5 million. Most of his earnings come from his modelling, acting and social media career. Above all, his Yeezy sneakers line earned him one of the greatest cashouts ever pulled.