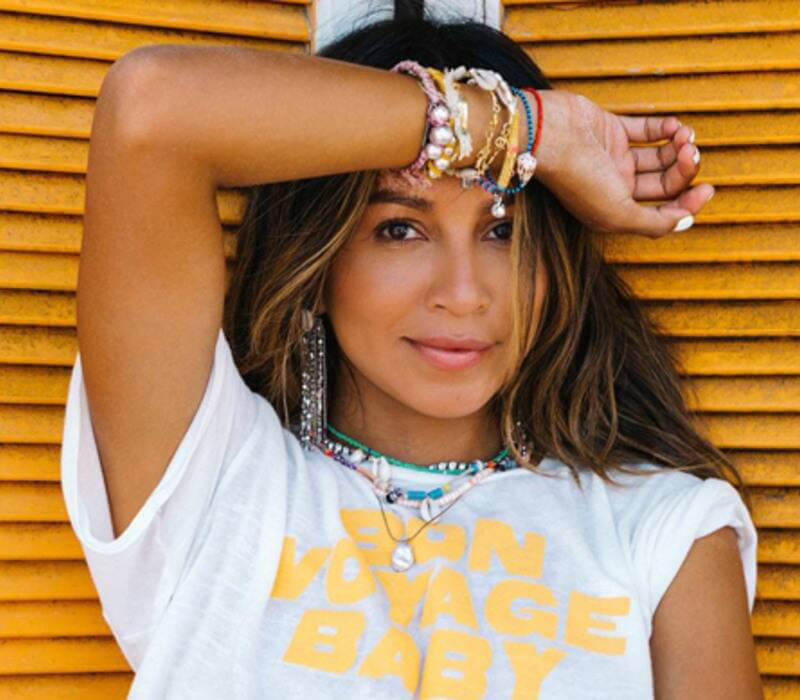 Who is Sincerely Jules?

Julie Sariñana is a Mexican fashion and lifestyle blogger who goes under the pseudonym of Sincerely Jules. In addition, Jules is a model who created a creative outlet for herself that became a widely popular lifestyle and fashion blog. Jules has been featured in various fashion magazines such as Lucky Magazine, Cosmopolitan Latina, Teen Vogue, Elle, E! Articles and Glamour.

Sincerely Jules was born on 9th January 1986 in Durango, Mexico and raised in East Los Angeles. She has three siblings. Two older sisters who work as models, Lily Martinez,  Ari and brother, who is an artist.

Jules completed primary and secondary school in her hometown before she moved to California. She studied at the California FIDM/ Fashion Institute of Design & Merchandising College and graduated in 2010.

Jules was always a fashion freak. Her first retail job was in Rampage, and she shared that she bought a green Marc by Marc Jacobs bag for $368 with her first paycheck.

Jules is living with her boyfriend, Kevin Berru, in Los Angeles. Kevin Berru is a designer and photographer. The two moved in together in October 2016.

The career of Sincerely Jules

She worked as a Photo Stylist at My Shape and as an Assistant Stylist at Pastelle Inc. between 2009 and 2010.

Jules is considered a true “OG” by many people on Instagram. She started back in 2009 before Instagram became a much more accessible platform for sharing content, visuals and inspiration. When Jules began her blog, she had a hard time coming up with a name. She wrote down some ideas in her notebook until it hit her. Jules decided to call her blog “Sincerely Jules” as if she were signing off from her everyday journal. Many things changed since she started her blog and amassed an incredible 6.5 million followers, but her motto stayed the same. Dream, Believe, Achieve, and she firmly believes that everyone should always dream big.

Sincerely Jules launched a collaboration with surf-inspired Australian lifestyle and apparel brand Billabong. It became one of the largest and most successful collaborations in Billabong women’s history.

Jules eventually launched her own Sincerely Jules line of clothing and even got mentioned in Teen Vogue. She still produces meaningful content for her blogs and social media.

How much does Sincerely Jules earn? Net worth!

Most importantly, Jules was one of the most successful in Billabong women’s history. This collection was sold in over 185 retail stores, including Nordstrom and Selfridges. There was a 50% sell-through on the Billabong website in the first week.