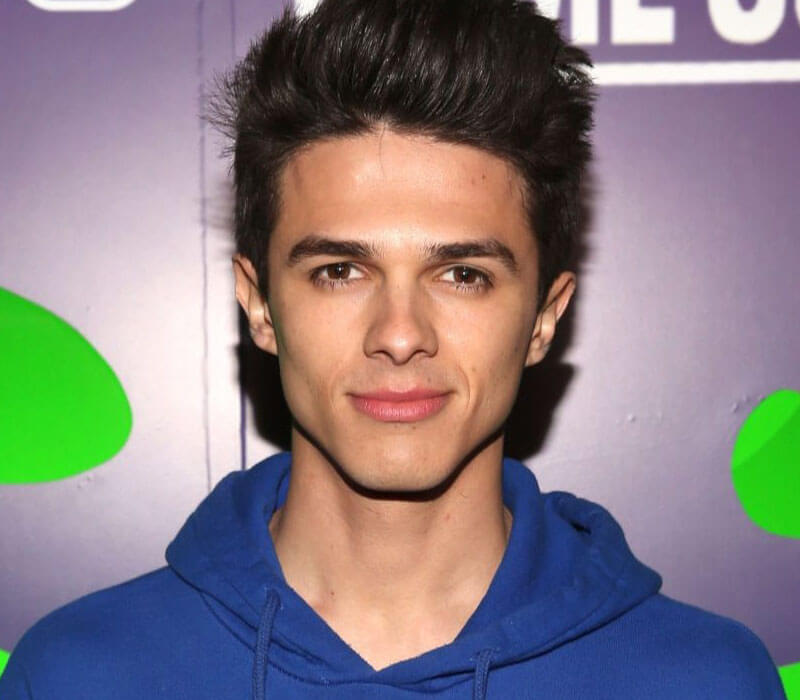 Who is Brent Rivera?

Brent Austin Rivera is formerly known as MrBrent98. He is an American well-known social media personality. Brent mainly uploads on YouTube and TikTok. Back when Vine still existed, Brent reached over 3 million followers.

His 1st girlfriend was Morgan Justus, a California-based model & singer, but the couple decided to break up because they wanted to focus on their career. He was also rumoured to be dating Lexi Hensler and Eva Gutowski. In 2020, Brent was rumoured to date Pierson Wodzynski. They both stated that they are “just friends”. On the other hand, in a video on the official Amp World channel, Rivera admitted he thought of Pierson as more than a friend and kissed multiple times.

Brent likes to keep his love life private, and officially his status is single. On the other hand, he keeps confusing his fans with posts like “It’s official” and photos of him and his female friends.

The career of Brent Rivera

Brent always dreamed of becoming an entertainer. He started making videos when he was just 12 years old.

In 2012, Brent posted his first video on YouTube. Before Brent started posting on Vine, he didn’t really have much popularity. His Vines were funny, lighthearted, relatable, hilarious and Brent earned over 8 million followers before Vine shut down.

In November 2014, Brent released his debut song on iTunes titled ‘Doubt Your Doubts’.

In 2016, Brent became the face of Hollister’s anti-bullying campaign. He shared that he has dealt with bullying on his personal social media channels. Brent used this opportunity to spread awareness around bullying and cyberbullying.

In 2017, Brent decided to try acting as Alexander on the YouTube Red series “Alexander IRL” as a producer and main character.

In the year 2018, he played the role of ‘Gil’ in 5 episodes of the series ‘Brobot’ by Brat. He has endorsed various brands like Coca-Cola, Starbucks, and iPhone X.

Between the years 2018 and 2019, Brent hosted his own show “Brent Rivera’s Dream Vacation” by AwesomenessTV, where he took his friends on dream vacations.

In 2020, Brent appeared in the TV show ‘Group Chat’ for 1 episode in season 1 and the leading role in season 2 presented by Nickelodeon.

Brent has a vast social media reach and has been part of them for almost 10 years.

He has more than 22.1 million followers on Instagram. In addition, Brent has an Instagram for his apparel “relatableapparel” with 104,000 followers and is part of a squad Instagram “ampwrld” with 600,000 followers. Brent posts almost daily pictures with friends, family and funny reels.

In July 2011, Brent Rivera joined Twitter. Brent has over 2.2 million followers and posts a couple of times per month.

On 2nd August 2009, Brent Rivera started his first YouTube channel. As of 2021, he has more than 17 million followers and close to 4 billion views. He posted his first video, “Brent’s Cooking Show - Lava Cake”, on 6th May 2012. As of late 2021, his first video has nearly 5 million views. You can find anything from funny vlogs to challenges and pranks. This channel is active and posts a few videos every month.

On 10th June 2016, Brent started his second YouTube channel, “SoRelatable Podcast”, with Eva Gutowski. As of 2021, their channel has nearly 3 million views and almost 300,000 followers. This channel is currently inactive and hasn’t posted anything for 7 months.

Brent Rivera is the 19th most followed TikTok personality. As of late 2021, Brent has nearly 42 million followers and over 1.3 billion likes.

How much does Brent Rivera earn? Net worth!

Brent Rivera has an estimated net worth of roughly $6.5 million. He hit his first million back in 2016 when he was just 18 years old. Brent is one of the youngest millionaires in California.

Brent earns his money through his social media presence. He uploads a new video every week and is expected to make $3 to $7 for every one thousand video views.

On TikTok, Brent has accumulated 1.2 billion likes and uses this platform to promote brands such as Coca-Cola, Starbucks, and iPhone.

Brent also charges a hefty sum for his acting gigs on TV and makes even more money from his clothing line, Relatable Apparel.

But Brent isn’t just a social media star and brand ambassador. He is also the CEO and co-founder of Amp Studios, which is a talent and content group. His company sources promising young people and helps them become social media stars and content creators just like him.