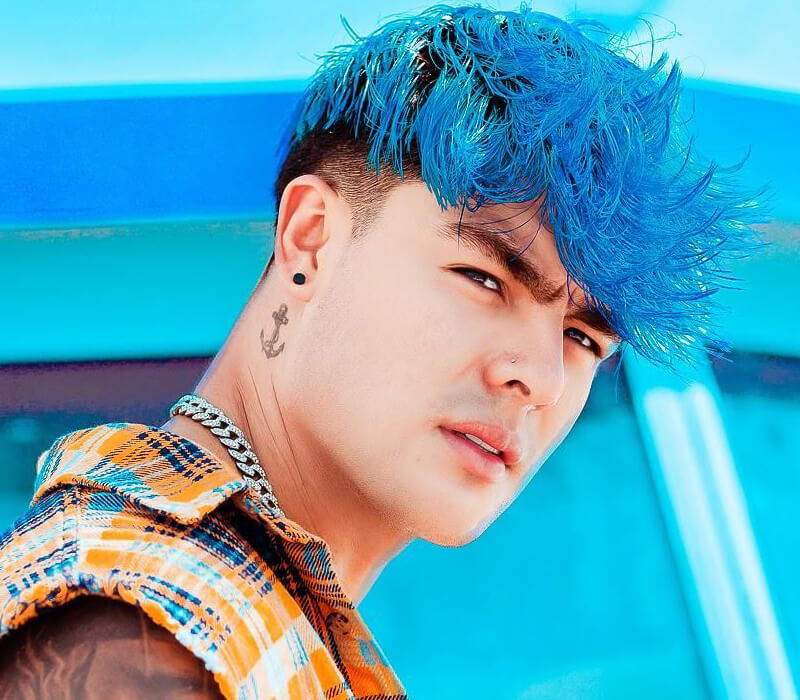 Who is Carlos Feria?

Carlos Feria is a famous social media influencer known on TikTok, YouTube and Instagram. Carlos is also an actor and model. He was formerly known for his YouTube channel before he switched to TikTok. He got his fame after his videos went viral on Social Media in a short period.

Carlos Feria was born on 2nd November 1996 in Colombia, South America. He completed his education at a school in his hometown. When Carlos was young, he got a video camera from his parents, which attracted him to making videos.

In early 2018, Carlos began dating Adriana Valcarcel. The two got engaged in October 2021. Adriana herself is a social media personality and is known for her entertaining videos and posts on her Instagram account. She is a dog lover and owns over 17 dogs. Adriana was born in 1984, which means she is 12 years older than Carlos. The couple has one daughter Salome Feria Valcarcel. Salome was born on 28th November 2018.

The career of Carlos Feria

Carlos Feria started his social media career on YouTube. On 18th November 2015, Carlos posted his first YouTube video, “Things We Hate About Life.” Carlos decided to try his luck at TikTok. He found a much bigger audience with his dance and comedy videos. He posts a large variety of videos such as vlogs about his everyday routine, pranks and family vlogs.

In 2021, Carlos decided to start his singing career. As of 2022, Carlos released two widely popular singles, “PA’ MI” and “SE REVELO”, both available on YouTube and Spotify.

Carlos Feria is from Colombia, and all of his content is in Spanish.

On 21st August 2014, Carlos Feria created his YouTube channel. As of 2022, his channel amassed over 2.4 million subscribers and more than 57 million views. On 18th November 2015, Carlos posted his first YouTube video, “Things We Hate About Life.” This video has over 41,000 views and more than 4,000 likes. On 24th January 2019, Carlos posted his most-watched video, “NUESTRA HISTORIA DE AMOR *FUIMOS AMANTES*” where he openly talks about his relationship with his wife. This video has over 4.6 million views and more than 270,000 likes. Carlos often posts funny YouTube Shorts and family vlogs.

On 15th June 2021, Carlos started his YouTube channel dedicated to his music. He has over 335,000 subscribers and more than 7 million views. Which is near twice the views as his main YouTube channel. On 3rd July 2021, Carlos released his most popular music video, “Carlos Feria - PA’ MI (Official Video)”. This video gathered over 5.4 million views, which is more than double his total viewership.

Carlos Feria has a widely popular Instagram account with over 6.6 million followers. He regularly posts photos with his wife and family. He receives anywhere between 100,000 and 400,000 likes on any of his posts.

Carlos Feria also has a Spotify account where both “PA’ MI” and “SE REVELO” singles are available. He has over 25,000 monthly listeners.

Carlos Feria is also widely popular on Facebook, where he has over 1.6 million followers. This platform serves primarily for TikTok re-posts and photos with his family.

On 27th February 2016, Carlos created his TikTok channel. As of 2022, Carlos accumulated over 36.4 million followers and more than 1.7 billion likes. Carlos posts multiple TikToks per day. He is your regular TikToker, following the latest trends and posting various TikTok dances and lip-syncs, often including his family. Carlos currently sits at 26th most followed TikToker, only 200,000 behind Baby Ariel.

How much does Carlos Feria earn? Net worth!

Carlos Feria has an estimated net worth of roughly $1.3 million. Most of his earnings come from ad revenue and sponsorships. Carlos also recently dabbled into singing and is widely popular on YouTube and Spotify with his songs “PA’ MI” and “SE REVELO”.