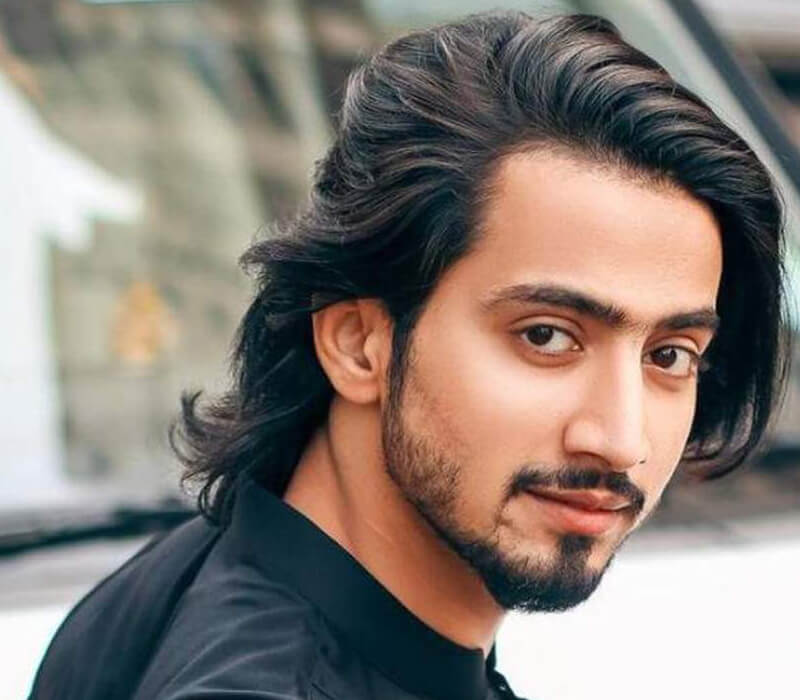 Who is Faisal Shaikh?

Faisal Shaikh, known more as Mr Faisu on social media. He is one of the most popular Indian social media influencers. Faisu is known for his acting, lip sync and acting videos, where he often collaborates with other Indian celebrities. Most importantly, Faisu is widely popular on TikTok and the Indian short-video platform Josh. In 2021, he starred against an actor and former beauty pageant winner, Ruhi Singh, in an action-comedy web series, Bang Baang for Alt Balaji.

Faisal Shaikh was born on 5th October 1994 in Mumbai, India. He lives in Mumbai with his parents and sisters. There is not much known about his sisters and parents because Faisu is not very sharing about his personal life. Faisu’s father worked as a tailor and his mother as a homemaker.

During his school years, Faisu graduated from IES New England School in Mumbai and later attended the Rizvi College of Arts, Science and Commerce in Bandra, Mumbai. While in college, he worked as a salesperson in Bandra’s shopping district to help support his family.

In the past, Faisu was rumoured to be dating a fellow TikTok star, Jumana Khan. The two later separated. There has also been rumoured Faisu might be romantically involved with an actress and TikTok star Jannat Zubair Rahmani.

The career of Faisal Shaikh

In 2016, while in college, Faisu decided to start creating short lip-sync videos on Musical.ly and, in 2017, on TikTok.

Faisu had a passion for motorbike stunts and decided to create his own YouTube group, Team 07. In 2018, they uploaded their first YouTube video. The group consists of Hasnain Khan, Adnaan Shaikh, Faisal Shaikh, Shadan Farooqui and Faiz Baloch.

In 2019, Faisu decided to try his luck in the music industry and featured in his first music video, Tere Bin Ki Ve, for singer-composer Ramji Gulati opposite television actor and content creator, Jannat Zubair Rahmani.

Later that year, he launched his own fragrance range, starting with 2407 Crush by Mr Faisu under the men’s lifestyle brand, 2407. In 2020, Shaikh appeared in two music videos for the acclaimed composer duo Salim-Sulaiman. The same year, it was announced that Shaikh and former Miss India Ruhi Singh would lead the cast of Ektaa Kapoor’s action-comedy web series Bang Baang, set to premiere in 2021.

In July 2017, Faisal created his Twitter account. He currently has over 60,000 followers and more than 150 Tweets. Faisal is pretty inactive on this platform and didn’t post anything for more than two months. This platform is mainly used for shouting out his merchandise or new movies.

On 9th May 2020, Faisal Shaikh started his own YouTube channel, “Mr. Faisu”. As of 2022, Faisal gathered over 1.4 million subscribers and more than 63 million views. On 14th May 2020, Faisal posted his first and also most popular video, “Exploring Shillong | Shoot Diaries | Mr. Faisu”. This video amassed over 26.6 million views and more than 610,000 likes. Faisu posts very irregularly and mostly just funny YouTube Shorts following the latest trends.

Faisal Shaikh has a largely popular Instagram account, “mr_faisu_07”, praised for his shirtless photos attracting millions of female fans worldwide. Currently, Faisu has over 25.6 million followers. He regularly posts high-quality modelling pictures and pictures from his everyday life. His photos achieve anywhere between 200,000 and 500,000 likes on any post.

Faisal is also popular on Facebook, where has over 3.6 million followers and more than 1.2 likes. This platform serves primarily for short-videos re-posts and Instagram re-posts.

On 21st March 2018, Faisal Shaikh decided to join TikTok. As of 2022, Faisal has over 32.2 million followers and more than 2 billion likes. Since TikTok got banned in India, Faisal didn’t post anything on his TikTok account.

Faisal Shaikh is very active on the Indian alternative of TikTok, Josh. He has nearly 40 million followers and closes to 400,000 likes. Faisal follows the latest trends and often posts short clips from the gym showing him working out.

The controversy of Faisal Shaikh

Faisu ran into some controversy on his road to fame. In 2019, Faisu and his friends in Team 07 posted a TimTok video that said, “Innocent Tabarez was killed, But if Tabrez’s son grows up and takes revenge, then Muslims should not be called terrorists.”

The group received a lot of criticism for creating bitterness and hatred. Later, several groups, including the Shiv Sena activist, filed a First Information Report against them. Multiple Team 07 members had their accounts suspended for violating community guidelines. The group later publicly apologized on their Instagram accounts.

In May 2020, Faisal Shaikh allegedly called up a YouTube star and threatened him. He responded to these rumours as nonsense, and he never placed any such calls, nor did he ask anyone to place those calls on his behalf. Faisal wrote a lengthy statement on Instagram saying the people who started these rumours were trying to tarnish his name.

How much does Faisal Shaikh earn? Net worth!

As of 2022, Faisu’s estimated rough net worth is 14 Crore, approximately $2 million US. Faisu has multiple income streams, including ad revenues, sponsorships, acting and singing.

Faisal Shaikh is expected to earn as high as $45,000 per sponsored post on social media platforms.

Most importantly, Faisu is one of the highest-paid young actors in Bollywood because of his overnight popularity.