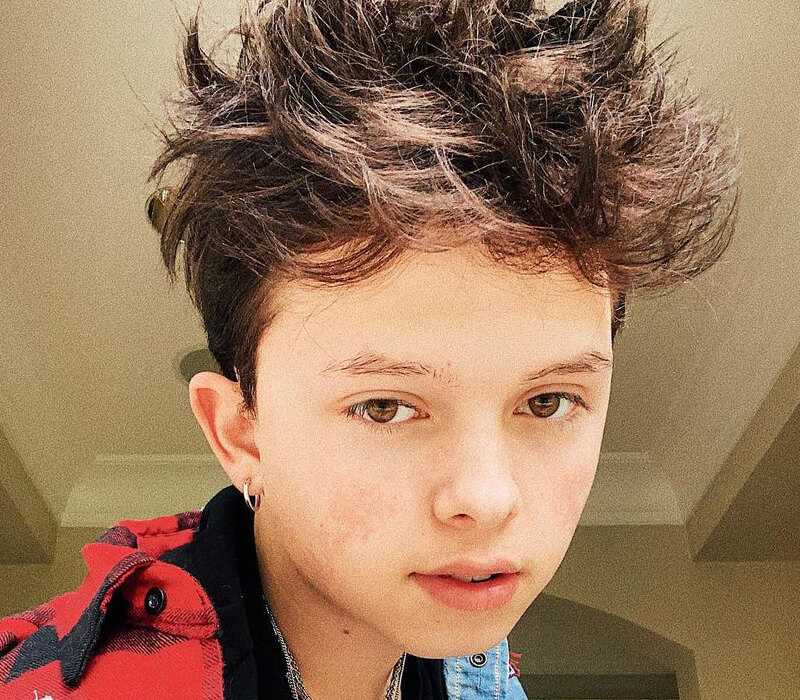 Who is Jacob Sartorius?

Rolf Jacob Sartorius, better known on social media as Jacob Sartorius, is an American social media influencer and, most importantly, singer. Jacob rose to popularity on now-defunct app Vine and later on Musical.ly. He is also known for his debut single “Sweatshirt”, which reached the Hot 100 charts in the United States and Canada.

Jacob Sartorius was born on 2nd October 2002. He was born to a poor family in Tulsa, Oklahoma, USA. After that, Jacob moved with his adoptive parents to Reston, Virginia, USA.

His father’s name is Rolf Sartorius. He is the President and CEO of Social Impact Company, based in Virginia, that specializes in international management. Before that, Rolf worked at the World Bank and served as a Georgetown University teacher. Jacob’s mother is Pat Sartorius. He has two siblings, older sister Carolina Sartorius who is 6 years older and brother Trey Sartorius.

Jacob was interested in singing from a very early age. When he was just 7 years old, Jacob acted in various musicals and got interested in performing.

Jacob shared he was taking anti-depressant medication and attending therapy since 2013. One of his first posts is an anti-bullying video. The more popular Jacob become, the worse the bullying becomes. In 2015, Jacob needed to switch schools three times because of getting verbally attacked, pushed around and teased on multiple occasions.

In March 2020, after Baby Ariel posted a screenshot of a FaceTime call to Jacob Sartorius on her Instagram with the caption, “pick up the phone baby”, it was rumoured that the two might be dating together. On 30th March 2020, Baby Ariel clarified that they are not in a relationship and are just friends.

The career of Jacob Sartorius

On 17th August 2014, Jacob posted his first video on Vine but didn’t post on a regular basis until a year later. In February 2015, Jacob posted the first video that made him famous. It was a static video with a message against bullying.

After that, Jacob switched to Musical.ly, which later became known as TikTok. He became part of the latest trends and mostly posted lip-sync videos. In August 2016, Jacob gained over 8 million fans on the platform. He became one of the platform’s most-followed content creators.

Jacob decided to pursue his career as a singer. In 2016, Jacob signed a contract with T3 Music Group. The same year, he released his debut single “Sweatshirt”, which reached number 90 in the US Billboard Top 100 chart and 81 on the Canadian Hot 100. He even performed at Magcon, where fans could meet their favourite creators. Business Insider predicted that Jacob may become the next Justin Bieber once his single dropped.

Jacob soon released more singles, “Hit or Miss” and “All My Friends”. Especially “All My Friends” became one of his most famous songs, reaching number 72 in the USA. 2016 was a hectic year for Jacob as he went on the “All My Friends” tour, where he performed at six cities across the USA.

In September 2015, Jacob Sartorius started his Twitter account. As of 2022, Jacob gained over 1.5 million followers and has over 5,200 Tweets. Jacob posts multiple times a day, sometimes just hanging out with his fans asking about their day, other times advertising his latest single.

Jacob Sartorius has over 10 million followers on his Instagram account. He regularly posts high-quality modelling pictures, sometimes even funny reels.

On 24th April 2014, Jacob Sartorius started his own YouTube channel. As of 2022, Jacob amassed over 3 million subscribers and nearly 400 million views. It serves mainly for posting his new songs and behind-the-scenes videos. On 11th August 2016, Jacob posted his most famous song, “Jacob Sartorius - Hit or Miss”. This video gained over 72 million views and more than 1 million likes.

How much does Jacob Sartorius earn? Net worth!

Jacob Sartorius has an estimated net worth of roughly $3 million.

His earnings come from his social media fame. He gets income for ad revenues throughout his channels and sponsored posts. Jacob is expected to earn as high as $30,000 per TikTok or Instagram post.

Most importantly, Jacob gets earnings through his singing career. In 2017, his debut EP “The Last Text” reached #32 in the US, hit #4 in New Zealand and charted around the globe at various spots.

Jacob also sells his own merchandise in collaboration with Represent.