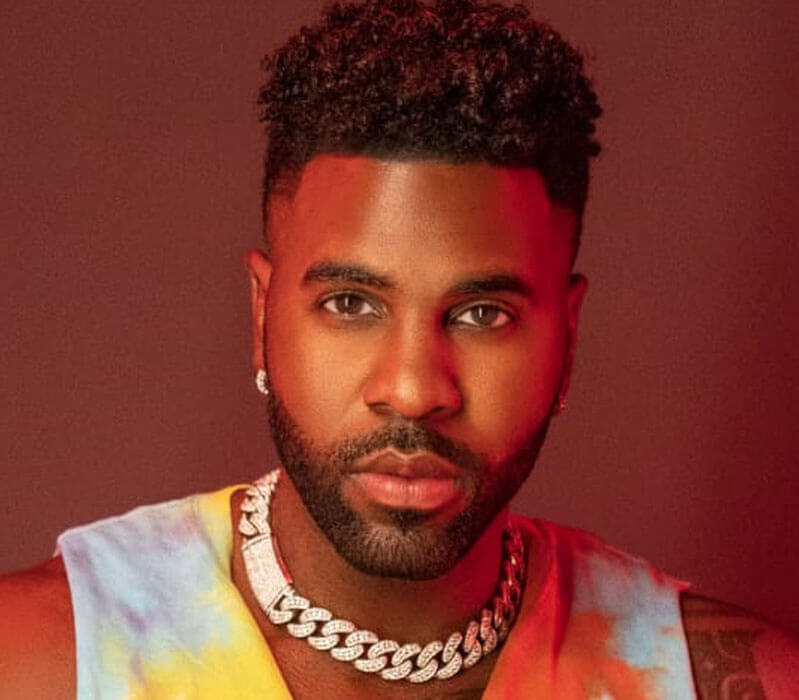 Who is Jason Derulo?

Jason Derulo’s real name is Jason Joel Desrouleaux. He is an American singer, dancer and songwriter.

Jason has wide social media reach on TikTok, Instagram and Twitter. He was ranked in the top 20 TikTok influencers as of 2021.

Jason was born on 21st September 1989 in Miramar, Florida. Jason is of Haitian descent. Since early childhood, Jason knew he loved singing. He attended performing arts schools in Florida, made some early attempts at music composition, and even wrote his first song at eight. After attending performing arts schools, such as The American Musical and Dramatic Academy, Jason acted in Ragtime and Smokey Joe’s Cafe productions.

Jason was discovered by music producer J.R. Rotem, who signed him to his record label Beluga Heights Records and Warner Bros. Records.

His music is generally pop but also incorporates R&B and hip-hop influences. He has predominantly named Michael Jackson as his inspiration.

As a teenager, he wrote songs for others, including the song “Bossy” for New Orleans-based rapper Birdman.

Some may wonder why Jason does not use his real surname as a stage name. Derulo is actually a pronunciation respelling of his surname, Desrouleaux.

Jason dated a fellow singer Jordin Sparks for three years before they broke up in 2014. On 8th May 2021, Jason had a son with his girlfriend, Jena Frumes. The couple broke up on 23rd September 2021.

The career of Jason Derulo

He debuted with a single “Whatcha Say” on 4th August 2009. It was produced by J.R. Rotem with additional production by Fuego. This song was a huge hit. In late August 2009, the song debuted at number 54 on the Billboard Hot 100. In November 2009, it even reached the first spot.

On 2nd March 2010, Jason released his debut album, “Jason Derulo”. In early March 2010, his album charted within the top ten of the UK and Irish Albums Charts. He spent six weeks promoting the album in his appearances as one of the opening acts for Lady Gaga’s 2009–2010 The Monster Ball Tour.

In 2011, Derulo recorded a track with Demi Lovato titled “Together” for her album Unbroken.

On 29th June, Jason announced his greatest album, “Platinum Hits”. One month later, he released the album with a brand new song, “Kiss the Sky”. This album is full of Jason’s platinum-certified singles.

On 28th September 2016, Jason dabbled into acting and guest-starred in an episode of the Fox drama “Lethal Weapon”.

In May 2020, Jason announced leaving Warner Bros after a long negotiation for creative differences.

In June 2020, “Savage Love (Lax – Siren Beat)” by Derulo and Jawsh 685 went viral on TikTok. This song peaked at number one in the UK, becoming Jason’s 5th number one in the country. It was so successful that it got remixed by a K-POP group BTS. Their remix reached number one in Billboard Hot 100’s. Jason got this achievement for the second time since 2009 when his “Whatcha Say” became number 1.

In May 2021, Derulo featured on the remix of “Jalebi Baby” by Indian-Canadian singer Tesher.

The controversy of Jason Derulo

His Instagram photo went viral with him wearing a pair of trunks, with a visible outline of his penis. This post got removed by Instagram itself for violating the platform’s “Community Guidelines on nudity and sexual activity”.

In June 2020, Jason got into trouble when releasing his new song “Savage Love”. He didn’t correctly credit a prominent sample in the song to New Zealand music producer Jaws 685. This issue got quickly solved. The song was renamed “Savage Love (Lax – Siren Beat)” and credited to both artists.

Jason Derulo is prominent all over social media. The only thing that is missing is Twitch streams.

He has nearly 25 million followers on Facebook. He regularly re-posts his TikToks.

On 21st June 2008, Jason started his YouTube channel. He posted his first video, “Jason Derulo Takes You Behind The Scenes @ Wango Tango Concert,” on 21st May 2009. Jason Derulo channel has over 16.2 million subscribers and an incredible 8.3 billion views. Jason regularly releases his songs on YouTube or posts funny vlogs or YouTube shorts.

Jason has 8.7 million followers on Instagram. He mostly posts funny reels and photos with his children.

His most dominant social media is TikTok, with 51 million followers and over 1.2 billion likes. Jason’s TikTok account is the 14 most-followed account on the platform. He is not trying to come up with some original content. Jason takes the already existing trends and performs them in the most creative way. During #ethnicitychallenge, Jason created a WHOLE song and dance routine leveraging the catchy beat that led to another round of TikTok’s. During the “made up” trend, people reveal alternative sides of their personality as they clean their mirror to BMW KENNY’s song “wipe it down”. He zooms into a CGI spider biting on his hand and transforms into Spiderman. This video got 4.1m views, over 550,000 likes in 3 days, and it’s still growing.

How much does Jason Derulo earn? Net worth!

Since starting his solo recording career in 2009, Jason has sold over 30 million singles. He has achieved eleven Platinum singles, including “Ridin’ Solo”, “Wiggle”, “Trumpets”, “Talk Dirty”, “In My Head”, “Want to Want Me”, “It Girl” and “Whatcha Say”.

In August 2012, Derulo joined Kelly Rowland as dance masters on the first season of the Australian dance talent show “Everybody Dance Now”. However, the show was cancelled shortly after only four episodes due to poor ratings.

Derulo joined the judging panel of the 12th season of the dance talent show “So You Think You Can Dance” in January 2015.

Jason Derulo has also dipped his toes into acting. On 28th September 2016, Jason appeared in an episode of the Fox drama “Lethal Weapon”. He also starred in the 2019 film “Cats”, based on the musical of the same name as Rum Tum Tugger.

He released his greatest hits album, “Platinum Hits”, which includes his certified platinum songs and features the brand-new song “Kiss the Sky”.