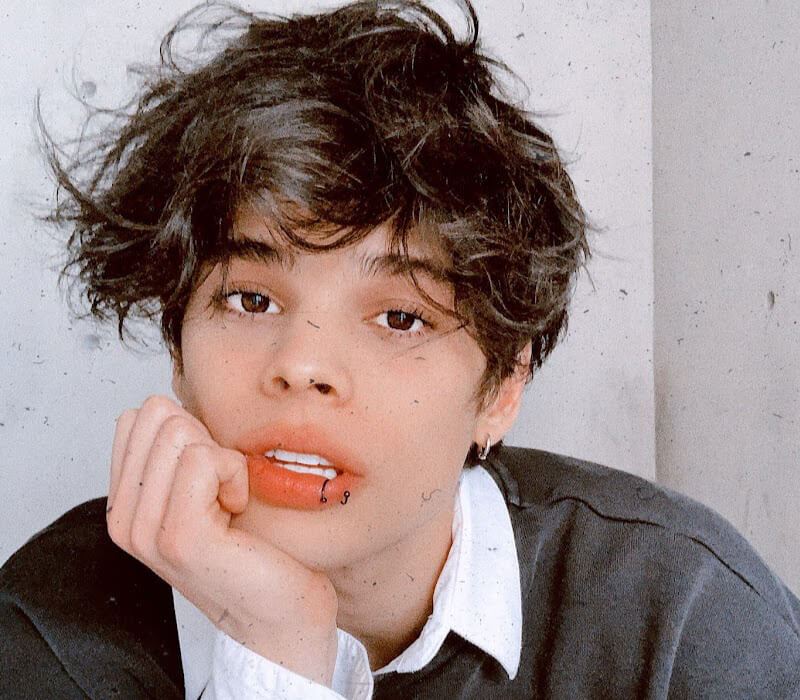 Who is Jean Carlo Léon?

Jean is also known for his other channels such as YouTube, Instagram and Facebook. In 2019, Jean dabbled into the music industry and released his first two songs.

Jean Carlo Léon was born on 3rd September 1996 in Colombia. Jean doesn’t share a lot about his personal life. It is known that he has one sibling, sister Malexa. She is a social media star as well and sometimes stares in his TikToks.

In 2019, Jean dated fellow social media influencer, Nicole Amado. The couple even created a collaborative YouTube channel where they posted videos. They broke up in the same year and stopped posting.

As of 2022, Jean is dating fellow TikTok star and model Darian Rojas.

The career of Jean Carlo

Before his rise to fame, Jean Carlo streamed on the YouNow platform. He was pretty popular and earned over 20,000 fans on his BruhItsJeanC YouNow account.

After the rise of TikTok, Jean started posting dancing, lip-sync and lifestyle videos. His dancing skills and boy-next-door appearance earned him a large number of fans in a short time. Jean shares dancing videos, lip-sync, photos of his life and lifestyle content.

Jean Carlo Léon is one of the most followed TikTok stars worldwide and one of Colombia’s most famous social media influencers. In 2019, Jean Carlo got nominated for TikTok star of the year alongside Xime Ponch, Kevlex Pazmiño and Ivanna Pérez at 2019 MIAWs.

Jean also runs a successful YouTube channel alongside his TikTok channel. On YouTube, JeanCarlo posts vlogs, lifestyle content, cooking videos, latest challenges and videos with his girlfriend. For a while, JeanCarlo ran a YouTube channel called “Nicolean” with his now ex-girlfriend Nicole Amado. The channel documented the couple’s life together. In 2019, the couple broke up, and the channel became inactive.

In 2019, Jean Carlo dipped his toes into the music industry. He released his debut single “I’m Flying” under the pseudonym Jashlem. Later that year, Jashlem released his second single, “Y No Caer”.

In 2020, Jean joined a collaborative TikTok group Privé Crew. He starred alongside other TikTok stars, including Libardo Isaza, Naim Darrechi and Darian Rojas.

Jean Carlo Léon is a Colombian streamer, and therefore he speaks Spanish in all of his streams and posts.

On 11th July 2014, Jean Carlo started his YouTube channel “JeanCarlo León”. As of 2022, Jean amassed over 5.3 million subscribers and more than 220 million views. On 16th July 2014, Jean posted his very first video, “Emm Hola.. - Primer Video”. You can see how much Jean Carlo matured from this baby face YouTuber to the man he is today. It gained over 240,000 and more than 27,000 likes. His most successful video was posted on 13th October 2018. The “IGNORANDO A MI NOVIA POR 24 HORAS | BROMA PESADA | JeanCarloLeon” video gained over 19 million views and more than 1.3 million likes. It’s basically Jean ignoring his now ex-girlfriend Nicole for 24 hours.

On 15th December 2014, Jean Carlo started his Twitch account. He launched his first-ever stream on 17th November 2016. Jean’s viewership took off in 2020 after he became already famous on other platforms. As of January 2022, Jean has 570,000 followers, 1.1 million views and streamed for nearly 300 hours.

Jean Carlo Léon has an Instagram account, “Jashlem”, with over 6.6 million followers. He posts high-quality modelling pictures, photos from his everyday life and a couple pictures.

On Facebook, Jean Carlo has nearly 4 million followers. He uses this platform to announce streams and re-post his TikToks.

Jean Carlo Léon has a really successful TikTok channel, “jashlem” l to the point where he is part of the Top 50 TikTok channels worldwide. As of 2022, jashlem gathered over 26.1 million followers and more than 1.3 billion likes. He is your regular TikTok influencer posting lip-syncs, dancing videos and the latest trends. Jean’s boy-next-door appearance and exercised body, along with shirtless posts, gained him a large portion of the female audience.

How much does Jean Carlo earn? Net worth!

Jean Carlo Léon has an estimated net worth of roughly $1.9 million. Still, some sites claim it could be as high as $2.4 million.

Most of his earnings come from ad revenue and sponsorships. Jean handles his social media really well. Although he is not overly popular on any of them, he has a considerable presence on all social media. On all platforms except Twitch, Jean has over 1 million fans.