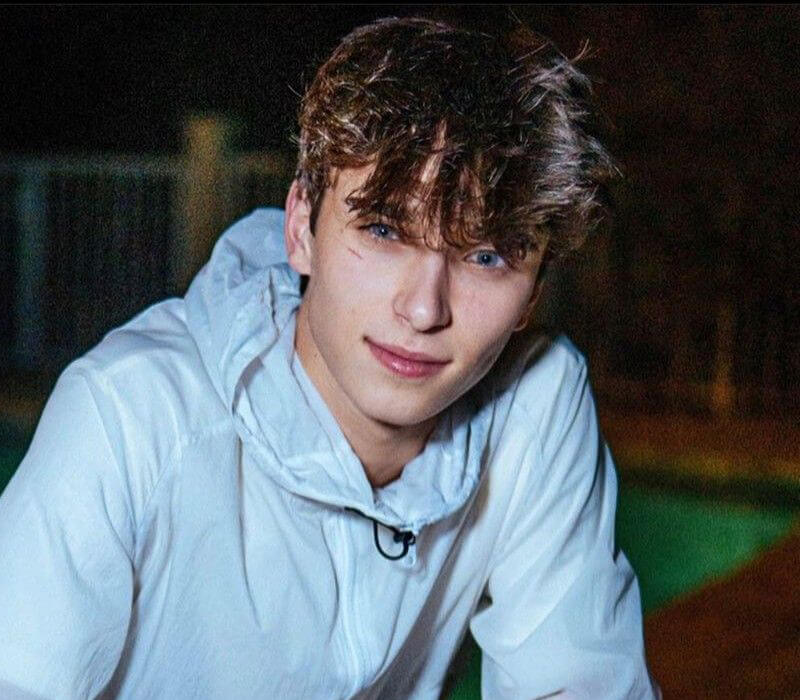 Who is Josh Richards?

Josh Richards is a Canadian actor and social media influencer, especially TikTok and actor. He is also CEO of the video platform Triller, a competitor to TikTok.

Josh is part of the young Z-Generation TikTokers. He also used to be a part of the now-defunct collaborative group Sway House.

Josh Richards was born on 31st January 2002 in Ontario, Canada. His parents’ names are Derward Richards and Chloe Richards. Josh has two younger siblings. Sister Olivia Richards and brother who often appears in his posts, William Richards. In January 2020, his family moved to the USA.

Josh played ice hockey when he was younger. After that, he played football and lacrosse. He also started taking guitar lessons.

Josh has gotten into a public feud with TikTok star Chase Hudson, aka Lil Huddy. It all started when Lil Huddy apparently had directly messaged Josh’s girlfriend, asking for explicit photos even though he was dating TikTok star Charli D’Amelio at the time. Later, Josh released a diss track called “Still Softish” with fellow Sway House member Bryce Hall. They did not elaborate on any further incidents, though. In a follow-up video explaining the song, Josh and Bryce said that the diss track wasn’t made just because of that one incident, but they don’t say what those other incidents were. Josh also shared that Chase was trying to have sex with Nessa while he was dating Charli.

Chase and Josh made up later and now remain friends. Although Josh shared, he will never forget what Chase did. He also stated Chase would be welcome on Triller, as would his ex-girlfriend Nessa.

To the surprise of some fans, Josh’s new girlfriend isn’t a TikTok star. Still, she is on a good track to become one. Josh Richards is currently dating Julie Jisa.

The career of Josh Richards

Josh Richards became popular on social media at a very young age. In late 2010, he started posting the latest trends and lip-sync videos on Musical.ly and then on TikTok. Josh quickly pulled out on top and became one of the platform’s most popular users. While he was just 14 years old, Josh had already a team of managers to help him control his image and reply to comments on social media on his behalf for several years.

Josh got invited to be a part of the social media collective the Sway House. Thanks to this group, Josh collaborated with TikTok’s biggest stars, such as Anthony Reeves and Bryce Hall. He lived in the actual physical Sway House in Los Angeles before he decided to move into his own apartment. He got caught up in the party lifestyle and said he lost sight of why he moved to Los Angeles in the first place. Josh officially left the Sway House later that year to focus on his music career.

In 2019, Josh Richards launched his acting career in “Summertime Dropouts” as Dillon. In 2020, Josh appeared in a mini-series “TikTok” as Logan in “Brother’s Keeper”.

Later in 2020, Josh announced transitioning away from TikTok due to data privacy concerns. He moved to a rival platform, Triller and was named CEO.

Josh Richards also has his own website where he sells his merchandise. Buddy’s Hard is Josh’s own line of clothing. Josh also added a Black Lives Matter hoodie that donates all proceeds to charity.

In July 2017, Josh joined Twitter. He has over 2 million followers and more than 1,600 Tweets. Josh posts on a daily basis, sometimes even multiple times per day. He often advertises his streams on different platforms and his merchandise.

Josh Richards has a widely successful Instagram account with over 7 million followers. This platform serves primarily for personal pictures and advertisements of his merchandise.

On 16th March 2017, Josh started his TikTok account. As of 2022, Josh amassed over 25.7 million followers and nearly 2 billion likes. Even though he became CEO of rival platform Triller, he still regularly joins on the latest TikTok trends. He is currently in the 60th spot in TikTok top rankings, only 300,000 followers behind Ignacia Antonia.

Josh is also widely popular on the TikTok-like platform Triller. He is also CEO of this platform and amassed nearly 3 million followers.

Josh Richards is also on Spotify with his one diss song. This one song earns him over 100,000 listeners per month.

How much does Josh Richards earn? Net worth!

Josh is not that popular on any platform. Still, Josh has an excellent talent for leveraging any drama into nice earnings. While he was in a feud with Lil Huddy, Josh released a limited edition of “Still Softish” pants for $50 per piece.

Josh Richards sells his own line of energy drinks, “Ani Energy”, which is co-owned by Bryce Hall. He is also part of talent management firm TalentX (through which he signed a Warner Bros. deal).

Josh also sells his own line of clothing Buddy’s Hard. In addition, Josh has a Patreon account where he shares exclusive back-stage videos.